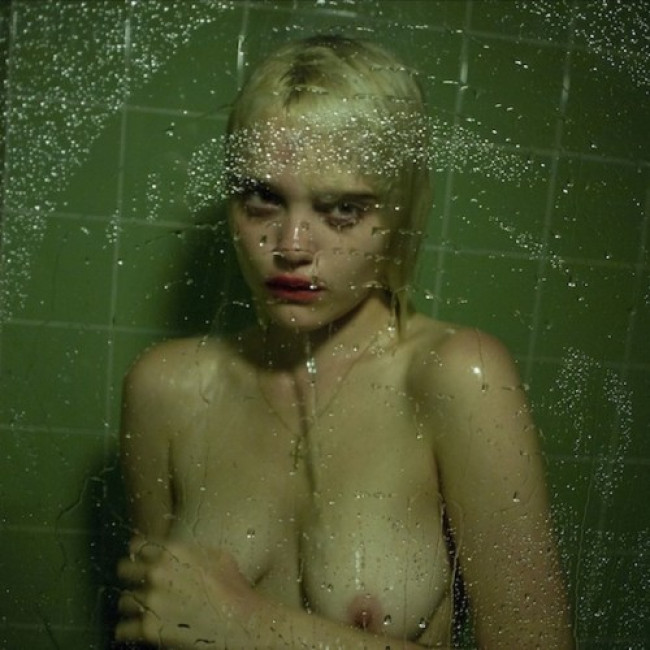 This may be the most surprisingly good album since Live Through This. Viewed from the distance of my living room, and my somewhat stable adulthood, Sky Ferreira’s day to day life looks like a fucking mess. I’m not judging—she and I could probably trade horror stories well into the night, though none of mine involve Michael Jackson or heroin—but I was 100% certain this record was going to suck.

God, how I love to be wrong.

Gaspar Noe took the cover photo. This puts Ferreira way out ahead of the David Lynch worshippers and shows that she’s in touch with, or at least aware of, a filmmaker who is (at the very least attempting to) push against the cinematic boundaries of today in ways that haven’t already been codified or accepted into the canon. And that counts for something.

Or to put it another way, if you find the cover photo in any way titillating, then you might be a sick fuck. Even Sinead would probably approve of this use of nudity. Unerotic, vulnerable, and angry.

Of course none of this would mean shit if the music didn’t back it up. ‘Omanko’ dismisses any notion that the cover is a bit of cool tourism. It’s one of the best singles you’ll hear all year. The fact that the title is obscene Japanese slang for a woman’s genitals is just an added bonus.

Remember, when it comes to music, a little extra-musical influence can do a whole lot of signifying. As an added bonus, you can put on your next xmas mix.

And there’s more than a little bit of Blondie running through this album. Which is to say, way more Blondie than you’re going to find in most pop these days. The brilliant move—on the part of the artist, the part of her producers—is the way they mostly steer clear of the r&b/hip-hop influences that dominate today’s radio and head towards less traveled areas like new wave. Not because I think one genre is inherently better or more interesting than any other, but because by doing something different, it lends a freshness to Sky Ferreira’s music that makes me keep coming back to it.

I love ‘Nobody Asked Me (If I Was Okay)’, its Strokes melody, its title an anthem for the neglected and overlooked.

Night Time, My Time isn’t perfect. It’s about six minutes too long, and four songs too uninspired, to attain the greatness it scrapes against. It drags enough in places to make me wonder if it’s all an illusion. ‘24 Hours’ is wannabe stadium Pink that flounders under the weight of its empowerment ambitions. ‘You’re Not the One’ and ‘Heavy Metal Heart’ are lightweight enough that I almost start to doubt myself, reduce the album to a handful of great moments, and hey, every favorite song in history can be reduced to a handful of great moments, but then ‘Kristine’ comes along and all is forgiven.

I love ‘Kristine’, its off-kilter march, its unresolving melody and seeming random modulations. I also love the boing-boing noises in the background. I am pretty fairly certain that’s a reference to shooting up in the lyrics.

I love ‘I Will’, with its early Interpol momentum and Beatles title. I like the way she insinuates uplift rather than shouting it like most singers would, the way she herself did earlier on ‘24 Hours’.

I love ‘Love In Stereo’, Blondie meets the Cars meets The Stranglers’ ‘Always The Sun’. Meets that song from Valley Girl about the girl who talks in stereo, she sounds so good to me.

I love the title track at the end. Where the other slow songs on the album fall flat, this one succeeds by retreating into itself and amping up the mystery. The song is framed in whispers and percussion, it ends with an ascension, a synth drone that has underlined the first three minutes, harsh enough to sometimes suggest feedback, shifts gears and begins to multiply as Ferreira chants faster and faster. The sound begins to fracture. You aren’t sure what is happening. A deeper tone rumbles up from underneath, ominous as an aftershock, and all at once the album cuts off except for one last breath from Ferreira, soaked in reverb and delay.

On the subject of relationships, Ferrera’s lyrics seesaw between victimizer and victim, between thickly calloused and vulnerable/bleeding. She comes across as a terrified badass. She might rip out your heart, she might rip out her own, but someone is definitely going to get hurt. And if they’re lucky, it’ll just be their emotions that get torn apart.

Night Time, My Time is fantastic. A lifetime of bad ideas that turns into good ideas in the context of music. I like the new M.I.A. album. I respect the new Laurel Halo album. I’m falling in love with the new Sky Ferreira album.

And the only reason I’m comparing her to other women is because I can’t think of a single interesting album in the last couple of months that was made by men.