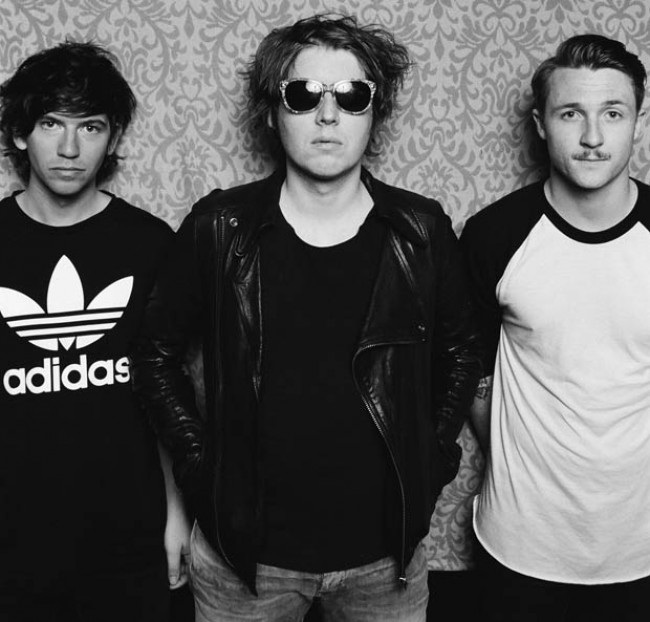 Justin Edwards: I can only apologise in advance…

So The Vines are BACK!!! BACK!!! BACK!!! and they’ve put out two songs in the last week.
Conor McNicholas’s tenure as Editor of NME (before he left for his dream job at Top Gear magazine) didn’t have a lot of high points but the apology for The Vines during his time at the helm has to be one of them
However, to show how far the NME has fallen, they have included the first track in their ’20 Tracks You Need to Hear This Week’. They’re very wrong as no one needs to hear it.

This is what the NME wrote about it:

“Craig Nicholls might be the only original member of The Vines remaining but, as the Australian band prepare to release their sixth album, ‘Wicked Nature’, they sound just as exciting as ever. ‘Out The Loop’, the first teaser from it, proves that in just one minute and 23 seconds of thrashy guitars and taunting jeers: “//Out of the loop again/You’re gonna lose a friend//”. That ‘Wicked Nature’ is set to be a 22-track double album means there should be plenty more gold like this coming our way soon.”

Then to make everyone’s lives even worse they put out a video clip for a second song, ‘Metal Zone’

We recently discussed ‘free passes’ and depressingly The Vines have a free pass as far as the Australian music industry goes. Wouldn’t surprise me to see them play a secret set at Splendour In The Grass, as they have done in the past [turns out that they don’t].  Kinda sounds like The Offspring. Y’know edgy and cool and the like….

Jodi Biddle: You know what I think the problem is? ‘Get Free’ was a pretty good song. Not exactly lyrical genius, but when I was in high school still just sort of getting into this kind of music, it blew my face off. Subsequently my bestie and I were super excited to see them at BDO ’02, but wow, did they ever suck. Nichols was an incoherent god damn mess and the rest of the band weren’t much better. To add insult to injury, we left Machine Gun Fellatio’s absolutely incendiary set early to go see that steaming pile of turds masquerading as music. 12 years later and I still bitterly regret that choice.

Anyway I think a lot of people tried to continue to like The Vines on the basis of ‘Get Free’ and no matter how good you think that song is, it can’t rescue this puerile, flat join the dots radio rock.

Lee Alexandra Adcock: Really? Is that first lyric on “Metal Zone” “I met her on Monday / she looked like a gun”? That’s not even a cliché, but it already sounds like one. How does a woman look like a gun, anyway? Can men look like guns? If he included the word “smoking”, that would give a striking picture, but he didn’t. Anyway, even if they did, they still sound and act like they’re jerking off to “In Utero” and pissing over Cobain’s grave in the process. Meanwhile, the first track sounds like a copy of a copycat (specifically – ripping off Jet, who themselves robbed the Beatles blind). As an aside, Wire and Elastica both packed 21 songs onto ONE disc, so 22 songs over TWO discs already smells like excess.

Justin Edwards: Back in the day, back when I would sometimes pay attention to the NME (who had given it ‘Single Of The Week’) , I remember buying the Highly Evolved 7″ for 99p in Wimbledon HMV, taking it back home, sticking it on the turntable and at the end my housemate and I looking at each other, killing ourselves laughing and saying”is that it?”

And yet still I persevered by going to see them play their first headline show at ULU (their first show was the week before when then supported The Libertines at the Camden Monarch/Barfly, which might have been worth going to, if only for some sort of future bragging rights). It was a room filled with unimpressed industry people with their arms crossed and the longer their set went on, the more empty the room became. They were pretty terrible, just completely ordinary, and despite seeing them far too many times thanks to their free pass from the Australian music industry, I’ve never seen them be anything but pedestrian.

I also remember the one time I went to Leeds festival (as opposed to the usual annual pilgrimage to Reading) the world and its wife went to see them playing the small tent stage leaving Jane’s Addiction playing to such a small handful of people on the main stage that you could casually walk up to the very front and lean on the barrier. Even though Jane’s Addiction were about a decade past their prime in 2002, they were still a better option than The Vines. Splendour In The Grass probably should have done more research before they booked JA as headliners in 2011 ago along with Coldplay and Kanye. It was a bit laughable when they later blamed Coldplay not being a festival band as the reason that year sold so badly.

Justin Edwards: I’m possibly (not really) giving NME too hard a time considering Drowned In Sound gave that first album 10/10!  Was it a case of FOMO even before FOMO had been invented as a “thing”

Everett True: In fairness to the Australian music industry, I’m not sure I can name more than a handful of decent Australian music critics who would admit to a fondness for The Vines. Uh…I guess I could cut that sentence off after “critics”, couldn’t I?

Jake Cleland: Not to be, like, #NotAllAustralianCritics, but some of us have been appropriately disparaging of this latest shit.

Jodi Biddle: Yeah, jeez ET what am I, a pork chop?

One Response to Singles Club: The Vines – Metal Zone