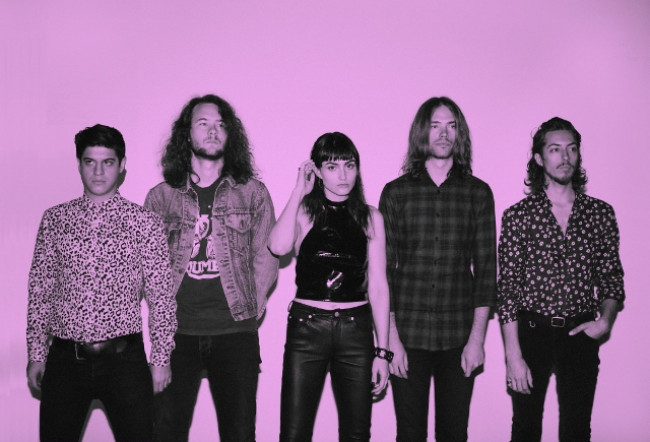 Justin Edwards: If I remember correctly, The Preatures’ “Is This How You Feel?” was the most played song last year on triple j, as well as coming in at No. 9 in the Hottest 100. It was a song that I never really thought much of either way.

Now they have a new song and I’m slightly shocked at how bad it is. Underneath it all, I quite like her voice but it’s just so bland. It still made the triple j playlist though, so in that aspect I think that piece from Drowned In Sound last week about the Radio 1 playlist committee is very relevant in trying to figure out how triple j playlisting works. Popular band gets automatically playlisted because of being popular band (with added ‘STRAYA’ fist-pump for playing at this year’s Glastonbury) despite releasing a dull as dishwater song.

Lee Alexandra Adcock: Oh, wow. That’s really vanilla. Yeah…I imagine a similar system is in place for American alt. mainstream radio, too. Jack White and the Black Keys both have free passes, no matter what trite junk they put out.

Justin Edwards: There’s not much to say about this one unless anyone else has got something they want to add.

Cameron Smith: Apparently Blank Realm met with Kingsmill recently. His advice? Tighten up the songs and get a producer.

Lee Alexandra Adcock: Apparently the Preatures are so crushingly dull that no one wants to touch ’em. SCREW KINGSMILL. I thought the very charm of Blank Realm was their looseness.

Justin Edwards: Hmmmm. So basically despite all the protestations from before, what Kingsmill is saying confirms that there is a triple j sound if you want to get played.  As long as you follow his advice you’ll be ok, even if it involves coming up with a song that sounds like terrible 1980s power ballad.

Cameron Smith: I imagine he would say it’s not so much a ‘sound’ as a minimum level of polish / production values.

Justin Edwards: And yet it has the minimum level/values to get played on BBC radio.  If Jplay is correct (and I know it times returns incorrect information), Blank Realm have received as many plays on BBC Radio 6 as they have on triple j.

Darragh Murray: Sorry guys, I have it on good authority that the band haven’t ever been approached by Kingsmill.

Justin Edwards: Gah, that’s ruined the flow of this post and means we have to go back to talking about The Preachers. Or not.

Darragh Murray: Sorry! I can delete it and we can continue?

Justin Edwards: Nah, let’s not bother.  Let’s agree to come to a consensus that this new Preatures song is so bland that no one can come up with anything interesting or insightful to say about it and that Blank Realm should be getting played more on triple j.

Lee Alexandra Adcock: I second that notion! I say reprint this entire thread so everyone can see just how humdrum the Preatures are.