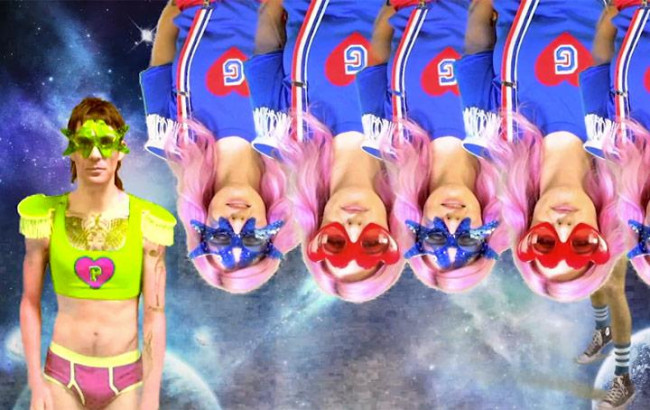 Justin Edwards: That Smith Street Band song is getting plenty of column inches but I don’t think anyone’s pointed out that the title is the best thing about it. Instead here’s the new Gooch Palms.

Bianca Rosemarie de Valentino: Love the Goochies!!! They’re moving to the US soon… I’m gonna miss getting to see them live as much. I have their early 7 inches and have interviewed them.  Kat’s featured in my Women In Australian music project too.

Everett True: I give the Goochies a mention here. (And Jake Cleland a much bigger mention!)

Justin Edwards: Way back in July 2011 I wrote this about my first Gooch Palms experience.

“There might have only been a few people there at the death for the last band of the night, Gooch Palms, who got the 2:30 – 3am time slot on the Main Stage, but they really did save the best until last. Originally, as I had no idea who they were, I was going to head off after Keep On Dancin’s, but then a couple of people told me that I had to hang around and see them as “the singer sticks his microphone up his arse”. What more did I need to know? In the end it was a bit of a hyperbole as he didn’t. I mean he rubbed it up and down his arse crack, but there was no insertion, so to speak of. Even without the antics – also including sixfthick-style microphone self-bludgeoning – it’s still a great set of songs and I’m looking forward until the next time they play in Brisbane”.

Good to see they’re still doing good things in 2015. Need to go and see them again when they play at The Crowbar next month.

Shaun Nancarrow: Trackside Days (song and film clip) brought a smile to my face after a pretty long and gruelling day of election work, which is quite an achievement. I’ll have to see if I can make it to their next gig.

David Cotner: I’d have been much more interested in this song had I never seen the video for it. I’m happy to listen to it and keep it that realm of pop enigma as long as I never have to ever see these people ever again.

Roger Nelson: Hmm. Is this the sound of New Oz? If so, happy to be a Pom. Might be better live.

Elle Cee: At least they aren’t this band.

Keir Hardie: This is decent. It doesn’t knock my socks off but it might if I was young and less jaded and not familiar with so many of the ingredients, just like how when I was young I didn’t give a shit/didn’t know that my heroes were derivative of so much. They’re stimulating in exactly the way that Colplay and U2 aren’t, and they don’t seem like smug wankers.