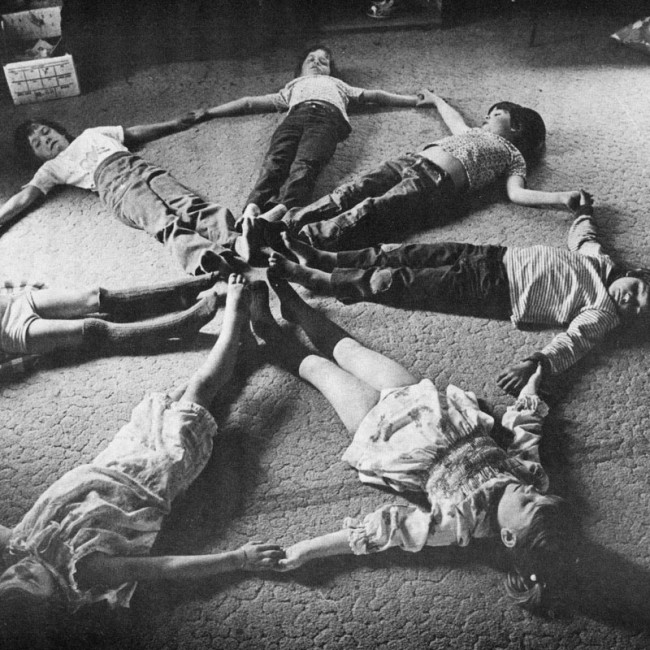 Before we begin, let’s review the rule book.

HOW TO REVIVE SHOEGAZE IN 4 EASY STEPS

1. Get a chick.
2. Figure out how to make that bendy guitar string sound.
3. Lay down some woozy vocals. Sing as soft as you can. It’s best if you can’t understand anything later once you add in the bendy guitars. It’s also best if you let the chick do it.
4. Write really really slow dirges, so slow that most drummers would fall asleep at the throne and therefore require drum machines.

And ta-daaa! Shoegaze. With this simple formula, you’ll have meat-headed big wig DJs groveling at your feet in no time, calling you things like “sexy” and “perfect”.

If this already sounds like an uninspired intro to you, then GOOD – that’s what FOREVR deserve.

I mean, I get it – some genres are less prone to change than others. And the primary appeal to shoegaze is that drowning sensation, which is induced chiefly by bendy guitars over walls of feedback. But how long can one branch of music validate itself in this way? How long until that shimmering underwater effect blurs into a dull headache?

There’s nothing sexy about FOREVR, I’ll tell you that right now. Nothing sexy about copying Slowdive and/or MBV to a tee. There’s a slight Cocteau Twins lilt to “Yucatan” that makes it taste creamier than most; “Heart of Ice” has a sullen crystal chime to it that sparkles in an industrial-strength chrome sort of way; “Forgive” lumbers forward like a blot of thick ink on an inclined table. But all four songs shudder the same way, at similar sluggish tempos, with the same blank eyes and the same last gasp for life before sinking under like a stone.

I guess, if you prefer your subgenres preserved in amber, you’d call FOREVR “perfect”. I guess, if you also would rather stay under your bedsheets and drug yrself than run out and play with the Swirlies, or blast yr brains out with A Place To Bury Strangers, then FOREVR would be your radio darlings, too.

It’s funny, cos you Aussies don’t have to look that far at all to see who’s really bringin’ the dream noise to town.

Deafcult possess everything that FOREVR lack – melody, volume, sparks, flames, blood, heart. Rather than shivering in a corner and sleeping off the decade, these guys churn with a vengeance, bursting with more hooks than a fisherman’s tacklebox. And, best of all, they has variety. With “Beemomug” they soar into Swervedriver-y heights, with guitars that sear yr eardrums; “Throwing Sparks” dives and screeches and batters like those MBV EPs that FOREVR gracefully ignored; “Safety Matches” unwinds like a supernova; closer “Turing” will rip yr heart out with some ol fashioned, heavy heavy Lush drama. You hear a few recycled tricks – crashes and slams, switch-ups from fast to slow, monotone boy-girl harmonies. Deafcult aren’t out to re-write the rule book, either – but if the music hits ya hard, then rules are good to follow, eh? And it hurts SO GOOD.

Now, you could argue that both bands clutch stubbornly to the same nostalgic ideal. Sure. But Deafcult are workin’ for me cos they don’t preserve themselves in amber. They pulse, they throb, they ache. Instead of withering under an impossible beauty, they flex muscles. I bet they put on a livelier live show, too.