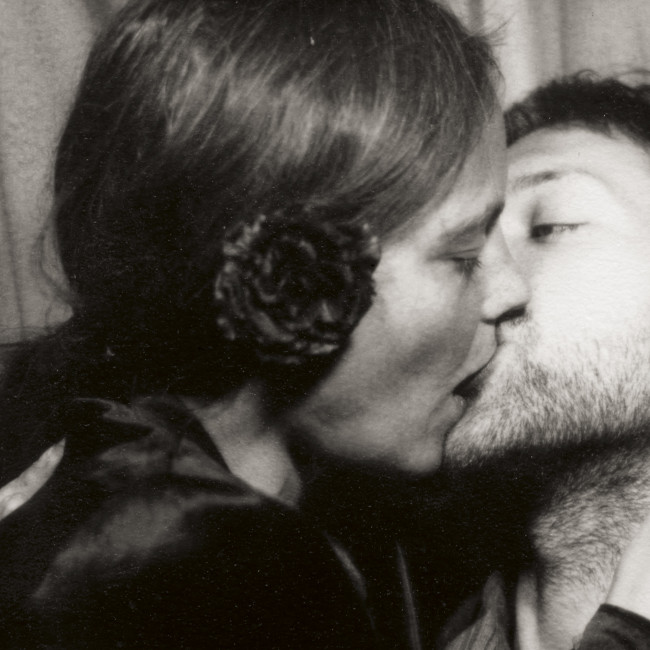 If I was playing one of those word association games and someone said ‘Scout Niblett’ these are the things that would pop up in my head:

So basically fun is my first thought when in comes to Scout Niblett. Not death or darkness or how “lonely, introverted and anguished” her music is (as Pitchfork described it) – e.g. I get that life is hard on ‘Pom Pom’ (from Kidnapped By Neptune) but look, Niblett is asking for a cheerleader to give her an S give her a C etc etc as she trudges on – that’s a funny image, right? Or the way she goes on and on about how we’re all gonna die on ‘Your Beat Kicks Back Like Death’, to the point where it’s like a kid who keeps asking ‘why’ (after the 15th question they no longer care ‘why’ but it sure is fun winding the big people up). My second thought is this:

(Not my kid btw but you get the idea.)

I like to think this is how Niblett makes music – as a child. Not in the way people point at a Pollock and go, “Pfft! My two-year old could do that”. In the way she is in and of the moment, unguarded, sometimes inappropriate and occasionally irritating. In the way kids display extreme violence, joy, boredom; whatever they’re feeling whenever they’re feeling it. I imagine Scout Niblett feeling things and getting them straight down onto record with a minimal amount of faffing in-between.

With It’s Up To Emma there’s more ‘serious’ and ‘grown-up’. This is an album where you can hear the writing. There are strings in ‘Can’t Fool Me Now’, ‘My Man’ and ‘What Can I Do?’. These don’t feel at all of the moment, they sound like a lot of hard work went into making them swell and recede around a knackered old electric guitar. The cymbals shimmer just so and Niblett sings (not half shouts) with nuance and contrast and consideration.  These are proper torch songs with big noisy endings and Niblett almost getting into diva territory.

There’s still bags of distortion and basic drum patterns. Still moments where I just want to say “Oh fuck it, it does sound like early Cat Power” and yes that feels like the laziest comparison given reviewers have been banging on about it for the last 10 years. The change is a shift in the way the stories are told. There are points where the album is reminiscent of Chess Records’ artists and their tales of personal tragedies that belong to everyone.

There’s not much room for ‘fun’ though. No room for pom poms and a nihilistic refrain chanted ad nauseum like it’s a game. It’s straight down the line fucked upness, which is appropriate given the album is wedded so tightly to a heart that’s been badly burned. Revenge fantasies abound in ‘Gun’, “I think I’m gonna buy me a gun, a nice little silver one”. False resilience, wishful thinking, dejection, bone rotting jealousy, self-pity dressed up as catharsis – the mourning fills every available space. It’s a claustrophobic grief chamber. Even Niblett’s take on TLC’s ‘No Scrubs’ fits the narrative. In her version the protagonist is too maudlin to match the original’s feisty smackdown. The rejection is heavy with the tiredness brought about by too little sleep and too many tears.

At first I felt the album needed Niblett’s version of Janet Jackson’s ‘Nasty’ instead of ‘No Scrubs’ (where was my fun?!).

This would have added the fun. Even the video with all beardies hamming it up and Niblett pulling the best pouty face when she gets pulled into line by a cop. It would have added levity but I suspect that would have been very much beside the point.