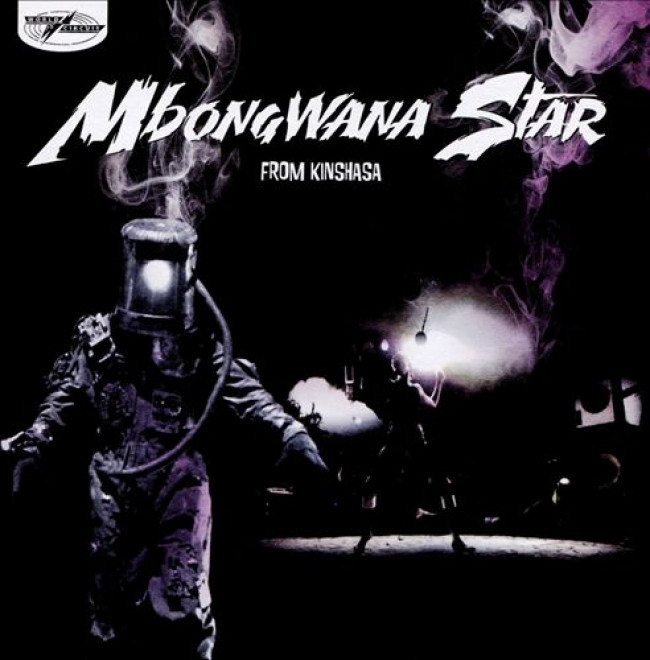 July’s always been a shitty month for music. All the good mainstream stuff comes out at the beginning of the summer and all the good indie stuff waits until the college kids come back in the fall. Or maybe I just had a shitty month? I don’t know. All albums scored on the World Famous CB Rating System, b/c music isn’t a question of degree, it’s a matter of life & death.

Album of the Month:

Think this came out earlier this year in the UK, but it’s just out now in the states. And holy shit, this is so good I’m going to break one of the rules right now and embed a link:

I’m not nearly a good writer to do justice to this. Just promise me you’ll please listen. Takes African and western music (which is to say all music) and explodes it into a million pieces. This music stimulates every part of my existence and confirms that the future is alive & breathing and looks nothing like New York and all its neuroses.

Misplaced Hype of the Month:

Everything after the first song is the unfocused absence of urgency, and where others hear brilliance all I can hear is a slow milky drip. Bores me to the point where I think you can use it as a benchmark to measure the boringness of other people.

Glorious oceans of static & swells. Thanks to this album we as a species are now one step closer to time travel.

So for years now I’ve had this thing where the weirder Wilco gets the more I like them (so basically 1/2 the stuff from 2002-2005 and not much else). And once they got my hopes up by adding the brilliant Nels Cline only to disappoint me by turning into the fucking Eagles or something they lost me forever. This is better than they’ve been in a while, but Tweedy’s never going to write a line as stop-in-your-tracks brilliant as ‘I am an american aquarium drinker, I assassin down the avenue’ again. So what’s the goddamn point.

A couple of great songs—’Where Ya At’ and the lyrically reprehensible, Cosby-esque ‘Groupie’—but the rest of the album’s forgettable. Which makes sense. If he spent the last couple of years drinking as much syrup and popping as many pills as he says he did, he probably doesn’t remember it either.

You have to love the way ‘Restless Year’ steals all over the place from that other Ezra’s ‘A-Punk’, but this Ezra’s willing to bleed in a way the other Ezra is not. Some of the lyrics make you want to cover your ears at times (‘Death is my own employer / Death is my own Tom Sawyer’), but this gets over, barely, on its genuine weirdness & total sense of freedom.

Hyper-electronic emo that ooze sincerity and FEELING. It’s not terrible, just more than a little tedious. Expect to see ‘Change is Everything’ in a forward-looking technology commercial sometime in the coming months.

Power-pop that’s totally lacking in both power & pop. It sounds like a less urgent, less intense, emptier version of the already un-urgent/un-intense/uber-empty Real Estate so go ahead and just imagine that.

Speaking of which, this here’s a Real Estate side project and I’m not going to ignore the newscast segueway opportunity it’s laid at my doorstep. Of course, not much happening here either. I refer you to my review of the last Real Estate album.

The unholy blend of John Cooper Clarke and Carter the Unstoppable Sex Machine are back. I’m still pretty sure this is all a huge joke at the expense of middle-aged Guardian readers who wish today’s music was ‘more political, you know, like back in the old days’. Me, I’ve sat through too many poetry slams to have any patience for this.

Based on his interviews, Patrick Skittles seems like the worst combination of egomaniac & victim. And based on his music, he seems likes the worst blend of Rancid & Springsteen. Remember kids, just b/c you are a manic-depressive doesn’t mean you can’t also be an asshole.

All reissues get a solid 1 or else I wouldn’t bother writing about them. With so much mediocrity being put out today, who has time for the mediocrity of the past?

Maybe the best post-punk compilation I’ve ever heard. More exciting and forward-looking than any of the Messthetics stuff. Made up of genuine obscurities and eclectic as fuck. Go listen to it if you don’t believe me. It’s on Spotify, et. al. but you’ll want to own this one for sure.

There’s a phonetic marker in the album’s title, a stemless arrow atop the ‘o’, but I’m not nearly keyboard savvy enough to recreate it here. Anyway, this is a mid-70’s electronic/flute hybrid that sounds like being cast adrift in an electronic desert. A soundtrack for a film Jodorowsky never made. Maybe someone will hear this and go make their own.

Not technically a reissue, but it’s finally available on all your streaming platforms. Neil’s strangest album and therefore one of his best.