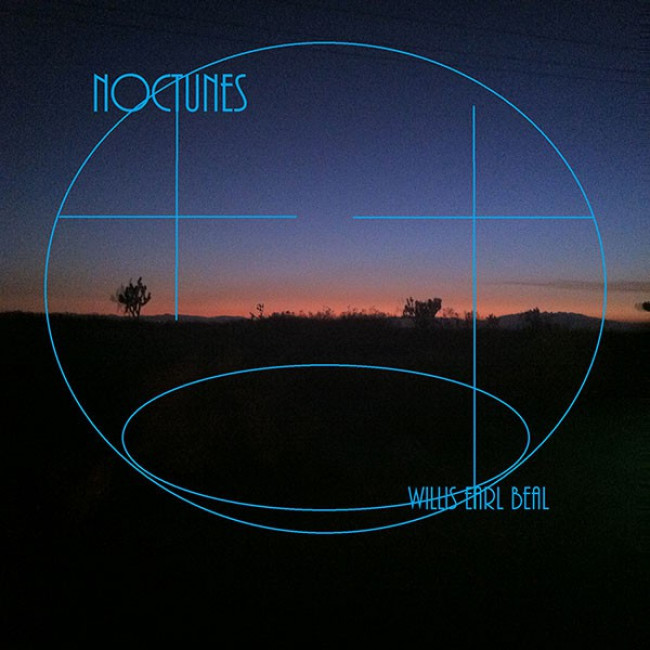 Future music fans will look back on this era and wonder what our fucking problem was. By then all the derivative filler & trustfund-funded garbage clogging up our ears will have disappeared and only the great stuff will be left. There’s so much of it, an embarrassment of riches compared to, say, 1995, or 1999, but man what a sift. What a slog. Sometimes I feel like one of those medieval monks trying to keep knowledge alive in the dark ages. Which makes Mac DeMarco a corrupt cardinal and PR people the vatican. Or that’s how it feels at three in the morning anyway when you’re trying to understand the popularity, commercial & critical, of a band like Beach House.

All albums scored according to the World Famous CB Rating System. Equivocating is for eggheads.

His voice continues to floor me.

Authenticity’s overrated (or is it underrated now? I can’t keep up) and reality’s a construct, but Willis Earl Beal is a genuine artist in a sea of fakes. There’s no Cat Power cameo on this one, no major-indie backing behind him, just some keyboards and an occasional drum machine. This is spare & sparse like an early 80’s Robert Wyatt album and smooth as the chocolate waterfall at Golden Corrall. Noctunes is lonely, it’s broken, it’s insomniac. It’s trying so hard to find comfort. Years from now Beal’s going to be a legend and those who were there are going to have a lot of explaining to do.

Indistinct, indirect, inaudible, and totally in demand. I’ll never understand the appeal of this bland-out version of Cocteaus/Fennesz/etc. I think it has something to do with antidepressants and the dull leading the dull, but I can’t be sure. Maybe internships too. I’ll keep you posted. Great title though.

For the most part, Dan Bejar continues to do his niche—hyperliterate & coolly distressed, city noir w/80’s sax—better than anyone these days. But then there’s ‘Dream Lover’, one of the most excited, chest-pumping, holy shit songs I’ve heard all year. His run of brilliance continues uninterrupted.

You think of how much effort & sweat go into something like this. You realize that some people sacrifice the entirety of their 20’s and most of their 30’s to play in a band. The whole thing just breaks my heart.  Anyway, Pain walks the line between serious & kidding, but that’s only b/c these guys know they can’t pull off either one convincingly. Was it worth it?

Nightmarish beauty that earns every nail-dragging moment. Relentless as a depression bender and heavy as your eyelids after a night of cocaine-induced fornication. Chelsea Wolfe is darkness done right. This album might be as hazardous to your health as spending the night outside in a blizzard, but hypothermia never sound as lovely as this.

Three minutes in and I’m thinking how this reminds me of Helium and then I think about how Speedy Ortiz reminds me of Helium too only I like this better than SO—more hooks, cooler words—and then I do a little research and find out the two frontpersons (of Palehound & SO) are best buds who met at summer camp. My affection teeters for a few minutes until I decide to check my class resentment & inverse snobbery. And while Dry Food isn’t the greatest, I’m not that much of an asshole.

Hypnotic & engrossing, this album casts all kinds of psychedelic mood spells, all at once tropical & urban. This is the work of a highly intelligent mind. Go listen to ‘The Eye’ and tell me I’m wrong.

I can imagine a night & a place in my life where this could be the greatest thing I’ve ever heard. This isn’t the time, and this isn’t the place, but that’s as much my fault as theirs. Just don’t, no matter what you do, ever under any circumstances ever watch one of their videos.

The Weeknd – Beauty Behind The Madness

Abel Tesfaye continues to test the limits of escapism, the end of pop as a pleasure factory. The more popular his music gets, the more interesting it becomes. Is it a schtick? At this point, it has to be. Is it about to turn into a cliche? Of course it is. But the way it’s all set up, becoming a cliche might actually make his music more resonant. Say what you want to about Tesfaye, the man’s a shrewd chooser of schticks.

Things that are wildly uneven.

All reissues get a solid 1 or else I wouldn’t bother writing about them. Who has time for the mediocrity of the past?

Another one of these private press unearthings that keep popping up every month. This one’s from 1974. The vibe isn’t a million miles away from Mayo Thompson’s excellent Corky’s Debt To His Father, but the lyrics here aren’t nearly as interesting. Still, if it was snowing out right now and I was feeling incoherent & lost this would have me sprawled on the floor dissolving in puddles.

Pere Ubu – Elitism For The People

Collects the early stuff (first two albums and the handful of singles, plus a superfluous live album). You can make a compelling argument that rock music hasn’t had an interesting idea since these guys. When his baby said they could live in the empty spaces of life, she knew exactly what she was talking about.

More Adrian Sherwood stuff from the early 80’s. Sounds great of course. Nothing revelatory, but well worth a listen.