Scott Creney Looks Back At 2013 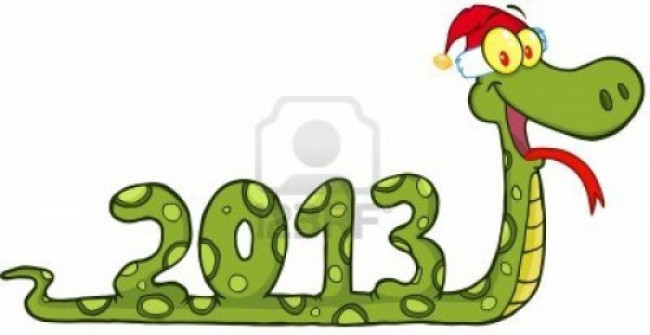 Man, what a crazy goddamned year. Not the music, the music was great, it was better than great—it was fantastic. In alphabetical order, and this is just the albums:

And those were just (in more or less alphabetical order) the ones I got around to writing about. M.I.A. put out a great one. Colin Stetson might have made the best one—imagine an Arthur Russell based around woodwinds instead of cello and you’re about halfway there. The Knife album was great. Holograms was great. Run the Jewels, Steve Gunn. All of these records made my life and my year a brighter, more interesting, deeper place. They’re records that I unequivocally, uncritically, flipped my shit for. And they’re all records I can imagine myself listening to 10 years from now. They’re my 2013.

But yeah, a crazy year. In 2013, I received death threats—from fans of a Scandinavian punk band w/dubious politics and the head of a prominent US label (the 2nd one was kind of joking). A Guardian writer called me a sexist b/c a book by Karen Green meant more to me than an otherwise pretty much unanimously praised record by a band called Haim (and while we’re on the subject of great books in 2013, do yourself a favor and check out Rachel Kushner’s The Flamethrowers—also better than Haim). The editor/founder of The Quietus compared my writing to a UK murderer b/c I wrote a negative review of the debut album by a band called Savages.

Funny story, when I saw his comment, “Scott Creney’s writing reminds me of ______” I initially got excited b/c I’d never heard of this guy, and I’m always excited to find new books to read. Then I Googled the name and found he had killed a bunch of policemen or something. This immediately raised the question, “Well did this guy write a book or something?” He hadn’t. Which leaves me still wondering how the editor at The Quietus knows what that guy writes like.

But when I substituted the opening chapter of my next book for an Arcade Fire review, nobody batted an eyelash. That’s how you know that the new Arcade Fire album really sucks.

Whatever. Life goes on. The only thing that bugs me is this idea that I spend all my energy shitting on artists. The vast majority of what I write is positive. The only joy I get in negativity is the satisfaction of finding the right words/ideas to articulate what bothers me about a piece of music. It’s not enough to say this sucks. You have to be able to say why it sucks. Or to be as accurate as possible, you need to say why you think this sucks.

Anyway, in an earlier draft I went off on a 2,000 word tangent about music journalism/criticism/writing and why all three of those slashed descriptors need to pretty much always be surrounded by quotes or possibly eliminated altogether in favor of the more descriptively accurate ‘shill’ (except for The Quietus, who all joking aside do some serious great work). But as Everett pointed out, it’s ultimately about the music. And the music was great. Those albums up there thrilled/excited/moved me in all kinds of deep & meaningful ways. They have very little in common aside from a uniqueness to their time. That is to say, to put it more simply, they couldn’t have been made 10 years ago (except for Deerhunter, probably).

I also notice that all of the singers sound aware that someone is listening to them, and they incorporate this listening into their lyrics (again, there’s one exception–HJFB). It’s what separates John Grant’s work from earlier singer-songwriters like Elliott Smith. In the latter’s music, it sounds like you’re eavesdropping. Grant’s songs feel like a performance–that he not only knows he’s being listened to, he’s allowed the act of listening to shape his art. Kanye West pulled this same trick over and over again on Yeezus. Because he knows you’re listening, he’s going to throw some bullshit out there along with the sincere stuff, to see if you can tell the difference, to clear out a little space for himself. In a year when the citizens of the western world learned that their governments were collecting information on them, to be stored, to be used or discarded as they saw fit–and that their e-mail providers, social media outlets, and the cameras on their personal laptops were complicit in this information gathering–the music of these artists felt like an act of defiance. In a world where everyone is listening, my music collection felt like an assemblage of Hamlets play-acting their way across the stage, feigning madness as necessary so they could unleash their true passions as they saw fit, so they could stay one step ahead of the eavesdroppers, so they could claim some freedom for themselves.

All art is a mirror held up to society, whether it’s good or not (the ‘it’ referring to both the art & society), but the best art leans out a little ahead of the culture. 20 years from now, the way we live is going to bear little resemblance to the way we live today. And the people who made my favorite albums of 2013 are going to look like fucking prophets. They showed how to turn the self-consciousness of being observed into something that looked a lot like freedom.

One Response to Scott Creney Looks Back At 2013