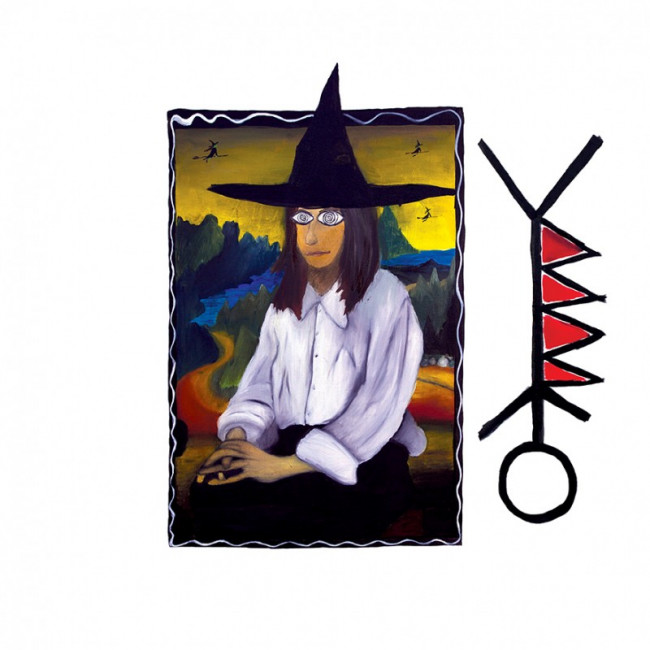 Ben O’Connor from Chapter Music, when describing Dick Diver, commented: “(they were) more about investigating ideas about Australian identity, rather than being a celebration of Australianness.” This is true of several bands from the roster of Brisbane-via-Melbourne label Bedroom Suck Records, bands that, like Dick Diver and Twerps on Chapter Music, have been described as ‘Australiana revival’ or more disparagingly, ‘dole-wave’.

Coined by a Mess + Noise commenter, ‘dole-wave’ seems to refer to a strain of DIY indie rock that favours local signifiers – IGAs, hills hoists, Australian summers, Centrelink, suburban musings and a conversational, vernacular vocal style. Courtney Barnett is its current darling, winning over overseas audiences with her celebration of the mundane and stream-of-consciousness lyrics, and Scott & Charlene’s Wedding’s third album, out now on Bedroom Suck, has a similar flavour.

The band, who are named after an iconic 1980s moment in frontman Craig Dermody’s mum’s favourite soapie, have been carving themselves out a reputation for their 80s chiming guitars, shambling rhythm, a scuzzy debt to NZ label Flying Nun Records, and documentary lyrics. Dermody is no shy confessional, as he tackled his doubts and uncertainties as he moved between Adelaide, Melbourne and New York. Their last record, Any Port in A Storm, was particularly concerned with the pathos and humour of an Australian band trying to win over New York audiences, with a hint of Flight of The Conchords.

On this album, Dermody tackles life in, as the album’s title reveals, the Mid-Thirties Single Scene, which at first seems like a laugh at his own expense, but then turns out to be a series of ruminations on lost relationships, grown-up regrets and everyday survival, weaved in under the humour of lonely country-town dwellers, a truck driver who dances like a crab, fucked TV aerials, kids running under sprinklers, and the satisfaction of making ‘immaculate’ scrambled eggs.

‘Maureen’ tells of a woman living in a remote town, who is known by all the spiders and who refuses to let her narrow existence get her down. Dermody sings as if he’s surprised by her good humour, and refers to her as a hero: “She looked just like a queen”. This is a band that roots for the underdog, because they feel like underdogs themselves. It’s built on a driving, simplistic riff, furious downstrokes, and a rhythm that moves like a tornado to the revelation “in my eyes she has fame”. The boys help her move house, and she gives them a tip for drinks, which is enough to make her a hero. The repetition of her name is reminiscent of The Go-Betweens’ early B-side ‘Karen’, and ‘Billy Two’ by The Clean. The influence of early Go-Betweens is prevalent on this record, with their rough-hewn, jangly sound and drawling, unashamed vocals.

Lead single ‘Bother Me’ is a sing-along earworm, an ode to good spirits in the face of awkwardness, boredom and depression. It opens with a cheery bass line and guitars so bright they’re blinding. Dermody sings, or rather, talk-sings from the point-of-view of a man who dances horribly, whose favourite football team never wins, and who admits he is a life-timer. When Craig breaks into the line “I’ve seen days that turn my world black black black, so the little things they don’t bother me”, the boundary between him and the protagonist blurs. Even if we can’t relate to the specificity of the character, most of us can relate to that feeling. It has an obvious debt to the good-natured yarns of Paul Kelly.

For all those who write off Scott and Charlene’s Wedding as a larrikin joke band, there are some tender, poignant moments on the record that would make them think twice. ‘Hardest Years’ is a serious interjection to the humour, a six-minute paean to a relationship that saved his life. It opens with a few lines about Adelaide heat, recalling Courtney Barnett’s ‘Avant Gardner’, and the iconic image of kids running under sprinklers. The song cracks open the details of his admiration for a girl who laughs through her problems, as he sings ‘I take my hat off to that’. It features some surprising, gently strummed minor chords to begin with, and as the song builds up to the bittersweet chorus, the guitars intensify and jump out like electric sparks. “Have you ever saved face in the hardest years?” Dermody intones, and you get a sense of his personal battle with hopelessness in the face of The Australian Dream that doesn’t live up to its name. Creating art in a status-obsessed, mortgage-fixated, debt-heavy Australia is the bitter tonic of this generation. He seems to shrug his shoulders and keep at it, and reassures us to do the same. It’s a song to play on repeat, a diversion from the comedy.

Even in a track like ‘Scrambled Eggs’, which begins with the humorous lines, “Wake up in the morning / and I make scrambled eggs / they’re immaculate”, he emphasises the ache of a past relationship where “my life was so different when I knew you”. He places himself within the local: “Melbourne winter is so cruel/it makes you introspective”. It’s the best kind of introspection, where everyday things become potent symbols. ‘End of The Story’ is a grunge number with some extravagant soloing, bending strings and casual scratch-your-head lyrics about an apathetic friend. There are some moments though, where the Australiana veers into the cliché. ‘Bush’ seems to be written for overseas audiences hungry for the overtly Down Under experience of kangaroos and going bush. It’s the weakest song, until Dermody admits “I hang my head about the things I can’t change”, and you realise he’s gone into the country to escape his life, but to no avail.

‘Distracted’ is a gloomy, Paul Kelly-inspired tune that references a “fucked aerial”, Channel 9, Mi Goreng noodles and the bad feelings that come after watching the news. Again, Dermody sings candidly about depression, but in a breezy way. ‘Forever And A Day’, the closing track, is a wistful, romantic ballad. The alternating male/female vocals build up a certain sweetness, with the refrain “I was sent to you” being gently tossed back and forth. It’s a tale of love and separation and ultimate faith: “some people are tied together/forever and a day”.

This is why the term ‘dole-wave’ is an insult. Dermody is a musician who tries his best to get by and make sense of his years, relaying it all in a seemingly comic, laconic manner in order to help us get past our own disappointments. The bright guitars are definitely an example of what Forster and McLennan called ‘a striped sunlight sound’. This is a band that show us they’re having a good time, and don’t take themselves too seriously, but they’re not averse to important revelations and insights. In light of Ben O’Connor’s comment, they may seem at first to be simply celebrating the Australia that they know, from blistering summers to share-house living to Melbourne train stations, but by using such obvious signifiers, and by not pretending to be an American band, they invite us to ponder what it is that we consider an Australian identity, or whether such a thing exists at all.

Ultimately, fans of The Go-Betweens, The Flying Nun records catalogue, Dick Diver, Twerps, Bitch Prefect and Courtney Barnett will love this. will love this. That DIY sunny sound is something that faded in Australian indie music for a while, but with the help of a fervent label like Bedroom Suck Records, putting out everything the Australian mainstream ignores, bands like Scott and Charlene’s Wedding remind us that it’s okay to sing in your own accent and reference the things around you that might seem uncool to others. Scott and Charlene’s Wedding is ultimately a band that doesn’t subscribe to a cliché rock coolness, and may be the coolest of all because of it.