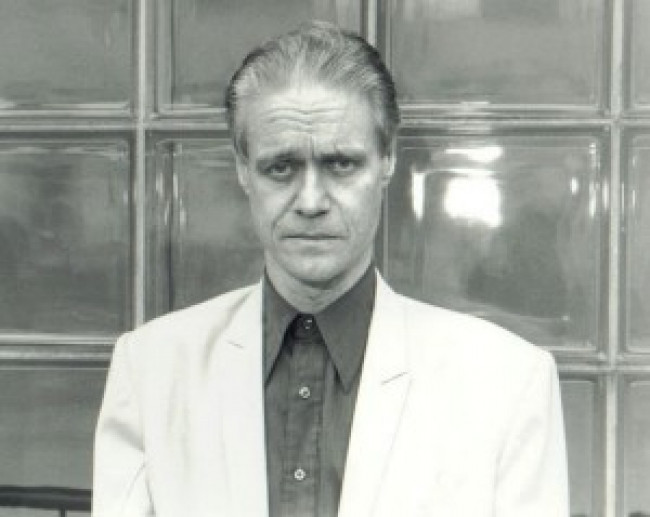 I read that Kim Fowley has died. I met the brilliant, fucked-up, manipulative, thoroughly entertaining, reprehensible, inspired, inspiring producer and musician a few times during the 90s. I want to reproduce this story I wrote last year in memoriam. I have a feeling he’d have appreciated it.

She recognises me, soon as I enter the room.

She says “You only preferred my twin because she was blonde”, and kisses me hard. I’m confused. She names a place and a year. Oh. Yes. I didn’t really prefer your sister for that reason, though. I just didn’t think it was right to make out with both of you. She smiles. She says, “Can I sleep in your bed tonight” and when she does, she turns over after she’s had her pleasure. I don’t mind. That’s fine. That’s as it should be.

There are other delegates there too. There’s a man on stage – six-foot tall and dapper, 60 years old and carrying a cane, lime green suit, claims to have invented rock’n’roll and who am I to deny him that. He’s making up a song about me, 12 verses, each one more ridiculous than the last. The song is no ‘Cherry Bomb’, but it’s having a similar effect on me. The rock academics – I didn’t know such beasts existed until today – are excited he’s here. They’re making plans, what to say to him. As soon as he enters, he comes straight over. “You’re Everett True,” he says. The rock academics turn green. “You’re Everett True,” he repeats, “and you’re the man who discovered Nirvana. Come talk to me.” My kissing friend is invited too.

Years later, I read that she phones her twin up, delighted she’s ensnared me. She calls me one of the greatest rock journalists ever, the English Lester Bangs. She says I have “verve, heart, and of course a weakness for the sinister”. She wants to find a way ‘in’ to a certain band’s camp, and she thinks I’m the ‘in’. Part of the road crew. I have no objection to being used this way. She kisses hard and fierce, and that’s plenty reward. I am prepared to believe such an action means something very different on mainland Europe.

In the evening, we take a ride on the Ferris wheel featured in The Third Man.