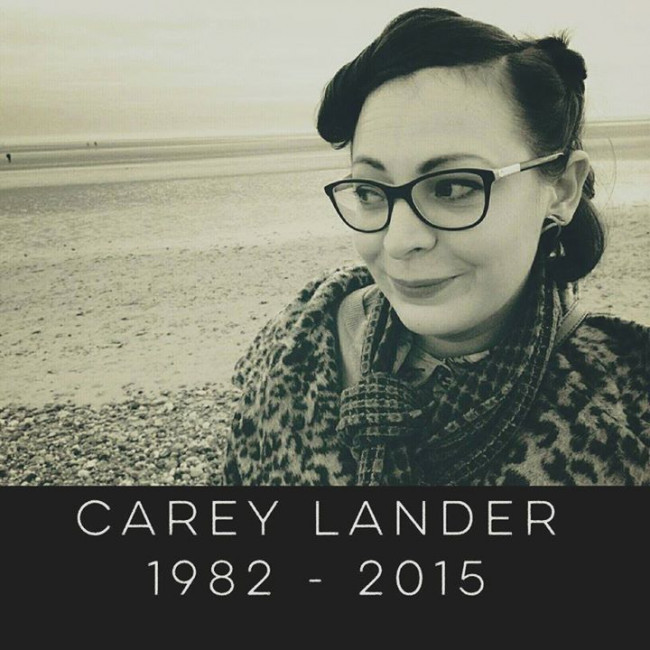 I am very saddened to hear of the passing of Carey Lander, the keyboard-player with one of my favourite bands Camera Obscura.

She had been battling osteosarcoma, an aggressive form of bone cancer, since 2011. She was 33. The band left this message on their Facebook page.

It is with the greatest sadness, that we must share the news that Carey passed away peacefully this morning after her illness with cancer. We have lost our friend and band mate, and our deepest sympathy goes out to her partner Kenny, and to all her family and friends.

She was touched by the way you all got behind her campaign for Sarcoma UK and you can still donate here: https://www.justgiving.com/Carey-Lander

We shall be continuing to help promote the campaign on her behalf.

She was left in no doubt how much you all loved and appreciated her, and we’d like to thank you all for the support and kind words you have been sending to us and her. The band, our music, and all of you who have enjoyed it over the years, meant so much to her.

Thank you all, Tracyanne, Gavin, Kenny and Lee x