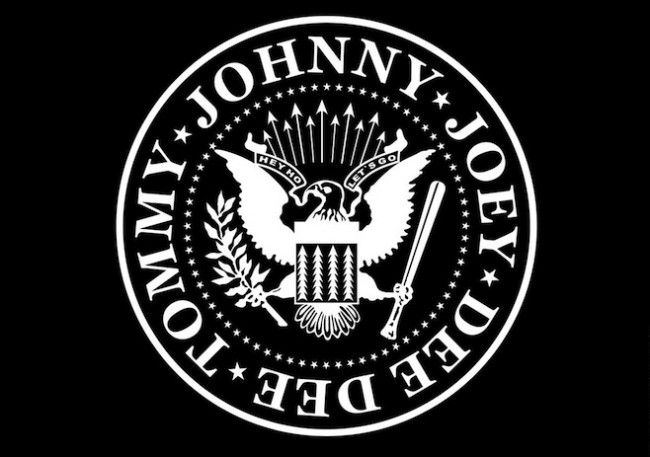 I never knew the Ramones’ creative director and archivist Arturo Vega, just interviewed him a couple of times in his East Village apartment round ’bout 2001.

He was friendly, open, enthusiastic – a treasure-trove of stories about his beloved Joey and the Ramones. It was a total thrill for me to be chatting to a man so immersed in (and responsible for) the lore of my childhood years. Without the generous contributions of folk like him, Tommy, Marky, Monte and Daniel, my Ramones book would have been worth less than nothing. He also facilitated several introductions for me. And he was great in interview, even if it was near-impossible to know where to start. For example:

How was Joey to live with?

“Great. You know what? In all the years I knew Joey, we never had one disagreement, not one. Both Johnny and Joey’s mother said the same thing to me, you know? ‘Boy, you knew another Joey than the rest of us.’ They thought I idolised him too much – but I never had a problem with him at all. Joey loved being with people that he appreciated or that he felt appreciated him. I’m not saying he was perfect – far from it – and I saw him being mean to other people. It just never happened with me.”

Yeah, I understand. What would you do when you were hanging out?

What kind of TV did he prefer?

“Well, for instance when we were in California, when we were making Rock’N’Roll High School, and he wrote ‘Hanging out in 100B, watching Get Smart on TV’ [‘Danny Says’]. 100B was our room. Sometimes Joey and I used to share rooms, sometimes Joey, Dee Dee and I, depends what kind of a day we were having. We’d watch comedies.”

What is Get Smart?

Oh yeah, I know what it is. Did you watch cartoons?

“Yes we did. We didn’t have a favourite. We liked them all. It was all fun.”

What other stuff would you do apart from watching TV?

“We’d go out and play games – pinball, he liked that a lot.”

Among many, many other contributions to the Ramones over the years, Arturo designed the logo. You know, THE LOGO.

Just now I read in The Guardian that Arturo died over the weekend, aged 65. I want to mark his life in some small way and say, Thanks mate. It was a total privilege meeting you, and chatting with you.

… “Like the song says, ‘Touring touring was never boring’. Uh, it was great. It was their bread and butter. It’s what made them survive. The fact their live shows were so successful, and the audiences were so exciting, was very important.”

What was it was like to travel with them in the bus?

“They didn’t travel in a bus. They travelled in a van. Monte would drive.”

Did he always drive?

“Yes. If it were going to be an extremely long drive, Johnny would drive as well. He was the only one that drove as well. Otherwise, he’d sit in the passenger seat next to the driver – but the first row would be his whenever he wanted to lie down. And then the next row was, I think it was Dee Dee, then it was Joey, and then Marky. I used to travel with them a lot. Very often, I would sit down with Joey, or Johnny wouldn’t lie down in his rows and somebody else would sit there, and I would take a row. And uh, they had a ritual, about going to a 7-11 after every show.”

“Even if it was just going back to the hotel, they would stop at a 7-11. To get cookies, milk, something for the hotel room. And it was cordial; it was always nice, you know. I enjoyed it.”

What kind of diners would you eat at?

“It depends on what part of the country you are in. A big favourite toward the end was Cracker Barrel in the south. If not that, it would be McDonalds or Burger King. Sometimes, there’d be little shops or convenience stores that had some specialty. We also liked the big truck stops in Texas where they had video games and a big store – that was like being in an amusement park, especially at the beginning that was a thrill.”

Did any of them have special dietary requirements – like in the Nineties, when Joey was eating more healthily?

“That was only at the very end. For a while, he would have a big steak before the show – before he stopped eating meat completely. They always had pizza before the show. They would have hamburgers. They would have fish. There was no big predilection for anything, except the tacos. When we’d stop in LA on the way back from Hawaii or Japan, and we had a couple of hours to kill, everybody would want to go to a taco place.”

“No, real tacos, little ones. So we would only do it when we were in California or New Mexico, Arizona. Not Taco Bell. That was not a favourite at all.”

Were there any kind of rituals that the band would do before they got on stage?

“Joey had his throat-warming exercises. He did that all the time – the warming-up, the steaming, the drinking of the tea.”

“Yeah, with honey and lemon, that kind of thing. The only ritual was the pizza, right before the show, and then we’d warm up in the dressing room. Johnny with a guitar, and Marky with a little set of padded drums…”

How many songs would they do?

Would it always be the same songs?

“No. It would be whatever facilitated things for them to start playing. Uh, but pizza was the only ritual before show time – just plain cheese, the round ones, nothing extra. They’d always ask for it on the rider, and be very upset if it wasn’t there.”

Here, Arturo. Two songs for you. Thanks mate.