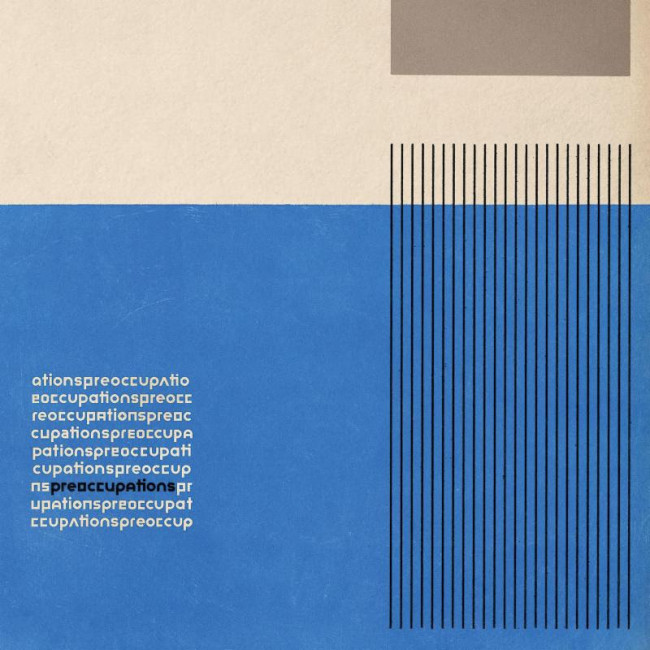 It’s my hope that, when death should come, I should embrace it. Indeed, of the scant “life goals” I’ve set for myself, that’s at the top – that I should reach a certain age where I can logically deduce (or that others can deduce for me, if my mind should crumble) that ceasing to exist would be easier and happier than existing. Right now, though, expiration is illogical. I’m 26; I’m in excellent physical shape, apart from the rampant scabs; I have not yet figured out where I stand in this world, how I shall leave my mark, who I shall save or inspire. So the goal now is to avoid death, as long as I feasibly can.

This is why I continue to loathe Preoccupations, utterly and irreversibly: they choose instead to avoid life.

Well, it’s one reason. One does not readily forget the band’s earlier, insensitive choice of moniker, Viet Cong. Nor can one readily forgive after said band deliberated on the next name for over half a year, meanwhile masquerading as The Band Formerly Known as Viet Cong. Perhaps they were preoccupied, eh.

Yet, regardless of their collective identity, the three Canadian blokes have this knack of wooing. Critics attest to some “enigma”, like an amorphous specter that the medium (hack) swears is hiding in the TV static. But the only ghouls in the room have always been echoes, then and now – Viet Cong banked heavily on the ignorance of the record-buying masses, ripping whole atmospheres from Joy Division, The Sound, A Crispy Ambulance, and other post-punk paranormals. And yet, even though a cave-dweller such as I can dismiss the doom-obsessed verses and borrowed hooks, I still can’t dislodge ‘Continental Shelf’ or ‘Silhouettes’. I try, but I can’t. They are shades that consume, that eclipse other artists who deserve the spotlight far more.

At any rate, that debut was at least a theater, a safe distance removed. Preoccupations, on the other hand, is a labyrinth of portraits, a dimly lit mirror maze obscured by dry ice fog. The exit: a place where the band can no longer reach me, where Matt Flegel cannot dig his fair-skinned, immaculate claws into me and drag me down to ennui.

“I’m not here purely for the sake / of breeding, I am wide awake”

For the most part, the band haven’t changed much. The palette remains the same: chrome-coated and wiry guitars, muted liquid bass, super compressed snares, wispy grey noises. Flegel is still stuck in an elevator shaft, and damn proud of it; when he describes “crippling anxiety” to you in the groaning opener, you can’t believe that he’s actually been locked in its maw. Too much grin, too much swagger – though, damn it, those unnerving squalls in the background, ham-fisted beats, and squelching synth lodge in yr head after a few days. Still, that louche monotone of a voice works better on the brisker tunes – like the spiky, Siouxsie-ish “Stimulation”, which swerves upward at the last minute from shadowy punk into the rock opera arena of the Who. And y’know, that works. Flegel can ride that bull. The less Preoccupations pretend to sulk, the closer they approach life, the more I can stand them.

Oh? How can I discern pretense from anguish? Well, maybe I can’t, but I know a script when I see one, and nothing says “conceptual” like an 11+ minute track called “Memory” that’s actually three songs mashed together. Actually, scratch that, it’s two songs plus a hunk of sedative drone and limp static, which only ratchets up the semantics. The middle part is just embarrassing – y’all know that the Editors have pushed past this slavish U2 ballad thing, right? Preoccupations should’ve just stopped at the first section, a properly enigmatic waltz where Flegel nearly succeeds at charm. You don’t need to say sorry / for all the times when everything fell through” is perhaps the first time that he exudes real empathy toward another human being, without the lofty prose and arched brow. And I can feel that, fuzzy and warm and enticing. But once the band hits that saccharine croon in the middle, he snatches the blanket away and ascends back up the marble stairwell. Shudder, shudder.

Elsewhere in the shroud, there hangs two little sketches, barely a minute each. Two little ragdolls that don’t talk to each other in the black-and-white screen, the one that the medium (hack) swears is possessed, but you know better. Then again, would any other TV set suddenly switch to a ringing broadcast of the Byrds? Hmm. Perhaps the former Viet Cong wish to flaunt their broad (i.e non-post-punk) skillset, but these afterthought outros don’t convince me. Neither do the vignettes.

And in the other-other-wheres, the echoes surround and mock me. On ‘Monotony’, the boys wish to spook the listener with their retinue of faded ghouls, but David Sylvan and Robert Smith summoned far more vivid spectres decades ago (also, what is the deal with the line get the hell out of the street?). ‘Zodiac’ attempts a crystal cascade to strike the listener’s ear – and Flegel does work himself into a frothing rage in the chorus, which is good – but again, Japan (Sylvan’s band, not the country) were lightyears ahead in co-opting the orient into the soundscape. Not to mention, the lyrics here sound as grey as the static – I’m all for intrigue and open ends, but when I’m only catching phrases like ”you’re an impossibility / fading into obscurity”, or “existence is intolerable”, I cannot picture any situation at all, just a bloke reciting philosophy from a book.

We could go on – for this has been an album to spar with, to stab and poke and sashay with, to survey from tippy toes, like a fencer, for every weak spot – but the essential question remains: does Preoccupations beat Viet Cong at the singles game, the only game that Preoccupations can play with any finesse? The answer is no. This time, the guys lobbied ‘Anxiety’ and ‘Degraded’ – and while the former scores, the second dribbles into a well-worn nervy groove that, once again, could’ve been ripped out of The Back Room; third-hand post-punk, you could say, though at least the Editors charged their imitation with such overbearing angst that one couldn’t help feeling SOMETHING (albeit derision). ‘Degraded’ just comes off as flat, like a weathered grave set into the ground.

And thus, we return to the start, and my first gripe – when I’m locked in with Preoccupations, I sense flight, a lack of vitality, cold blank marble, a crypt devoid of rotting flesh. The extra embellishments only highlight the empty space; the esoteric lyrics echo in a featureless void. Could it be that so few people – so little life – inhabit Preoccupations’ frames because the guys think nothing of the world around them? Possibly. Who knows. Just let me out, please, before I freeze to death.