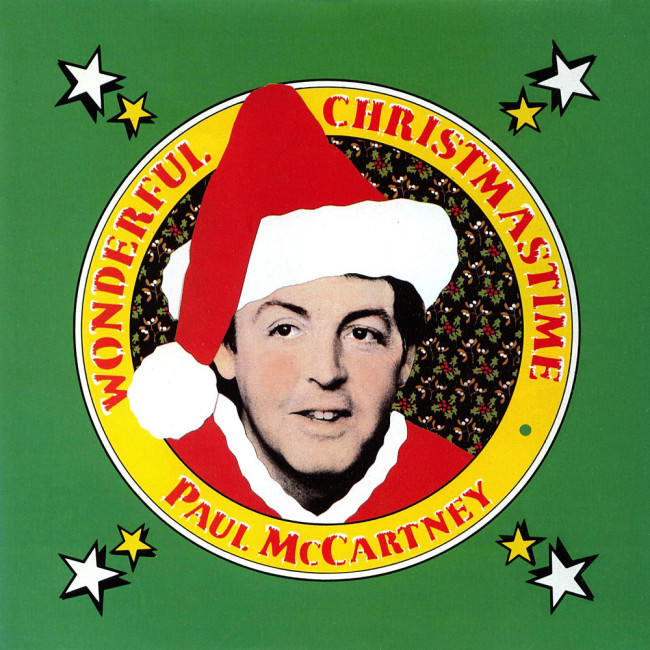 So it’s Christmas time again, and in the endless parade of holiday songs, the same ones over and over until we can’t stand it, there’s one song that stands out more than any other for its depiction of cruelty, for its story about the forced labor of children—-a perpetual indentured servitude.

Oh sure, Sir Paul the multi-billionaire is having a wonderful time, like some kind of Sam Walton descendant he’s secure in his cash, living a life of idle luxury. But I ask you, what about the children? I don’t know what town Paul lives in (London? Kintyre? McCartneyville?), but have you ever stopped and listened—I mean, really listened, to the lyrics?

The choir of children sing their song.
They’ve practiced all year long.

Wait a second. All year long? Like in June, when everyone else in town is going to the beach, these poor kids have to practice their Christmas songs? Or in April? During Easter services? On Halloween night, when their peers are heading out for candy, are these children still practising their song?

It’s cruel. It’s heartless. Their song isn’t even that difficult. They just go ding-dong ding-dong for a few measures. There’s more ding-dongs in ‘Sister Ray’ for fuck’s sake, and you know Lou didn’t practice his ding-donging for more than a couple hours at the most. [On the other hand, I hear that Chuck Berry played with his ding-a-ling all life long – Ed.]

You know music journalism is dead when a song about keeping children in year-round musical Christmas camps doesn’t get investigated. How many interviews has McCartney done since the song came out? And not one person has ever asked him about the children? I bet if it was a bunch of veal, or baby lambs being kept indoors against their will, I bet he’d have lot to say about the injustice of it all. But because it’s just a bunch of children—it’s sick, that’s all it is.

Just because a guy can write a few catchy tunes doesn’t mean we need to accept this earworm of child cruelty being pumped into our radios every Christmas. Next time you hear it on the radio, call the station and tell them you don’t appreciate hearing songs about child torture.

But hey, at least McCartney didn’t sing Tonight thank god it’s them instead of you. That would be truly heartless.