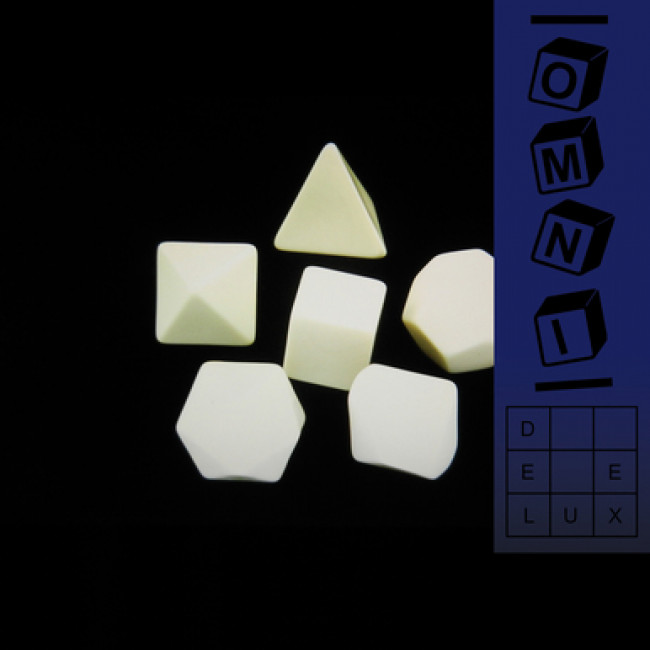 “Let’s share champagne in the sand”, invites Omni vocalist Philip Frobos over the choruses of ‘Wire’, the third song off of their playful and strange debut on Trouble in Mind Records, Deluxe.

It’s a pretty picture, that lyric. Makes me think of something Tears for Fears might’ve written for Songs from the Big Chair. But while ‘Wire’ might owe something small to new wave, it’s set against scratchy, stabbing guitars and sharp drums, and Omni find an instantly welcoming home in the dark basements and bright lights of post punk.

While Deluxe is clearly a product of that past era, the ideas here don’t seem to have aged a day. Everything is in quick lock step with the other, riffs and fills shooting out in all directions; attentive, focussed, sharp.

In the music video for ‘Wire’, anxiety is rife throughout; you can see it in the visuals. Crosshairs hang over everything, screens flicker, smoke rises, and meaningless graphs skitter across monitors, the esoteric meanings of war and the information age combined. The fact that it looks like the opening scenes on the Nostromo in Ridley Scott’s Alien certainly adds to the dread.

Deluxe’s opener, ‘Afterlife’, plays on that creeping feeling too, but with more winking recklessness. Frobos and guitarist Frankie Broyles frolic to and fro over drummer Billy Mitchell’s clapping beat while Frobos muses affably on the aesthetics of his own demise (“I’ve been feeling a lot more stately, now that I know my death”).

The dry comedy weaved into Deluxe saves it from being just another exercise in genre worship, as the sheer personality of Frobos, Broyles and Mitchell’s playing hits the perfect intersection of passion and restraint that post-punk requires.

The band is muffled slightly under the lo-fi production – Frobos’s voice crackles viciously when he gets yellin’, and he gets yellin’ fairly often. Broyles (ex-guitarist from Deerhunter’s Monomania days) writes guitar lines that wander and weave, following Frobos’s vocal melodies playfully on songs like ‘Earrings’ and ‘Plane’. If he’s not playing along with Frobos’s vision, he’s cutting through to the fore with bright razor edge chords like on ‘Siam’.

‘Plane’ is unexpectedly hilarious, since it clearly alludes to getting shit faced at 39,000 feet, which is the most relatable thing in the world. Still, it’s not romanticising anything, because suddenly Frobos is flirting with the hostess, playing with anonymity (“pretend you’re not yourself!”) while his partner sleeps next to him. Next to ‘Wire’, it’s the best track on the record – Broyles loops a singular chord underneath everything to propel the group forward while Frobos quips away “put me down for another, you think I’m sweet, remind me your name?”

Deluxe is best characterised by a frisky simplicity. Omni isn’t trying to throw you too much of a curve ball, but small shifts like the swaying bridge of ‘Earrings’ can catch you off guard, giving fairly simple tunes depth that you wouldn’t expect. Frobos’s lyrics are oftentimes Omni’s greatest asset; when he’s not being drowned out by instrumentation, he drops one-liners and ideations with a bemused detachment, never getting too bogged down in the emotion of things like death and sex.

The album burns quickly through its run time – since the songs on here really aren’t meant to be sat down and studied, you’ll probably spin them several times before you notice the little bits and pieces that make them great, like Frobos’s wry lyricism that all too often gets lost in the jumble. For a post-punk fan that needs something to jolt them awake, Deluxe is a dream.