Observations made around the new D’Angelo album 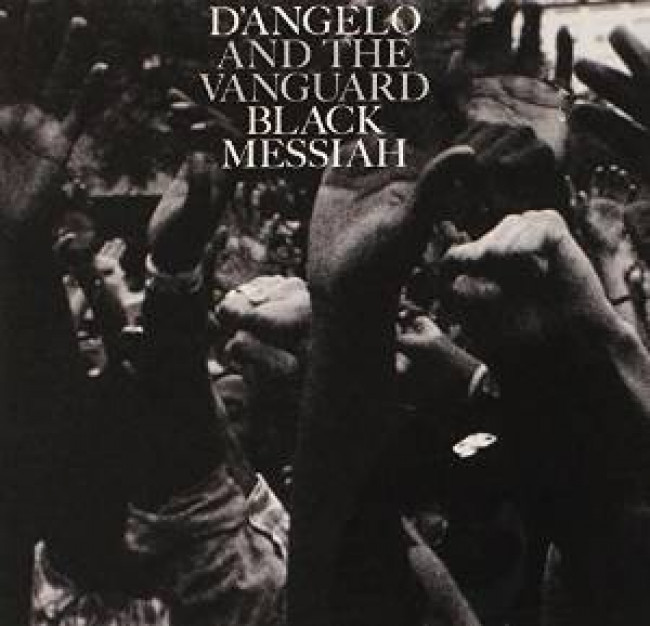 The fact Black Messiah reached Number One in Village Voice’s annual Pazz + Jop poll tells us nothing about the merits of the album itself, plenty about the 700 or so “music critics” who voted in the poll.

And it ain’t just Pazz + Jop. That venerable institution MetaCritic rated it 95/100 based on…uh…30 reviews (kinda puts MetaCritic into perspective, doesn’t it?)

Clearly, some of the appeal of Black Messiah to these critics (35+ at a guess, and mostly male) is nostalgic. Not only does Black Messiah draw upon many of the same beats and refrains and snatched falsetto lines that so endeared Prince to the critical community in the early 80s, but also this is only D’Angelo’s third album in 20 years – 14 since his last (Voodoo). So folk are happy cos the prodigal son has come in from the cold again. ‘S nice. The music itself reinforces certain stereotypes when it comes to what is considered ‘good’ and ‘bad’ in music: that jazz is somehow superior to rock or pop (presumably because there’s a higher level of musicianship involved), that if you dig the funk you are somehow ‘loose’ and spontaneous. Critics love a higher level of musicianship because it makes them feel more important when they discuss it, and gives ’em more of a chance to project. I dislike a track like ‘1000 Deaths’ for similar reasons to why I despised Red Hot Chili Peppers when they opened with a five-minute bass solo at Melbourne Rod Laver Arena, or Mariah Carey showing off her scales in public, or Radiohead. Where’s the heart? Where’s the soul?

Black Messiah was crafted painstakingly, that’s evident, but it never sounds labored over. It sounds loose, on fire, and huge, like a truly Christian sermon.

All this fuss and bother over a surprisingly OK record (yes it’s OK, just not inspired) reminds me of the desperation that set in the U.K. music press around the time of the release of The Stone Roses’ second album. We wanted so desperately to love it, for it to be the answer to God, The Universe, Everything. And so (for some of us) it did. It wasn’t a lie cos we believed what we (I) wrote. It was delusional, but there again… most great music criticism is.

I’ve never been asked to take part in the prestigious Pazz + Jop poll. I assume that’s cos I’m not an American, and Americans are well-known for their xenophobia. There again, I have written music columns for three prominent U.S. newspapers over the years, including Village Voice itself for two years – so that can’t be the reason. Maybe it’s cos I don’t toe the party line like all good music critics should.

Let me state this plain and blunt: The reason Black Messiah topped Pazz + Jop this year is because – perhaps without realising it – music critics always go back to what they feel safe with, comfort music. Black Messiah reminds them of a time when music seemed more alive, more important somehow… i.e. back when music still mattered to them.

Of course, the more cynical view (as propagated by a Facebook commentator) is that it’s one of those “critics’ records”, of the “Hey, if we all agree on this one, it’ll look like consensus and we can delude ourselves into thinking we still have some kind of power and relevance” variety.

A bunch of teenagers or 20-yr-olds (or 60-yr-olds) would not have voted for D’Angelo’s Black Messiah. (Or they might have done, the way a bunch of ‘rock’-loving teenagers will always vote for the latest Rolling Stones, dressed up in slightly different clothes, thinking that they’re being daring by challenging their parents’ taste when in fact they’re replicating it.) It’s a specific demographic, one that reflects the taste of a narrow section of American society. It tells us nothing about whether the record is ‘good’ or ‘bad’, just that it appeals to a certain type of critic.

ADDENDA
Mike Applestein just made a great point on Facebook:

Like last year’s Beyoncé album, this was released right at year’s end. No one who voted in P&J had more than a few days to assess it. They were reacting to the event as much as to the nostalgia. This is why critics can’t be trusted.

One Response to Observations made around the new D’Angelo album