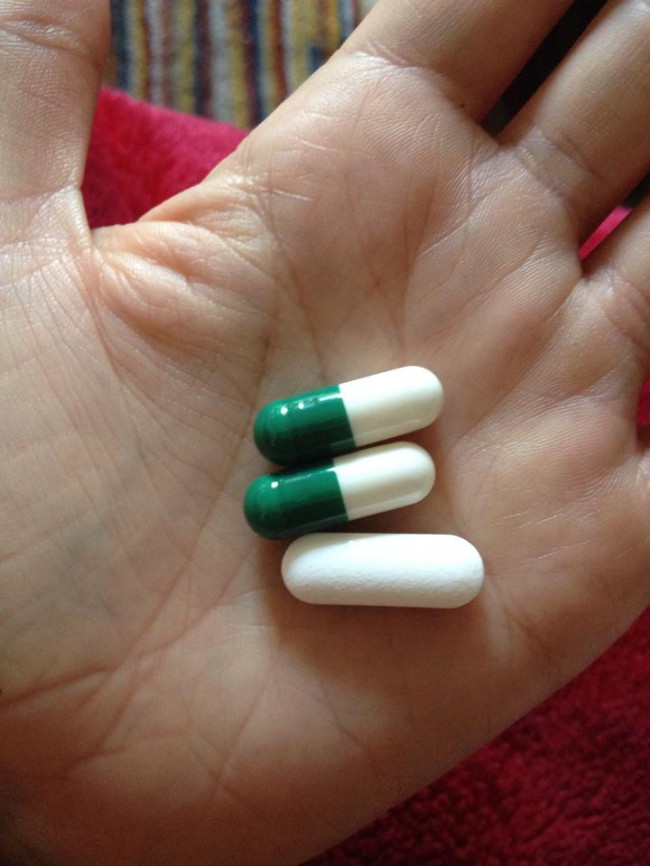 I sat in a convivial pub the other night as around me convivial sorts chattered and laughed. I could barely hear a word. Every so often, the sound of what appeared to be a band tuning up threatened to break down even that little of my personal space. I do not need, not REQUIRE an excess of noise. I love music but not when it no longer sounds like music. The first few in this list are walk-homes, and have been played in any number of situations – on the train, on the train, in a car, late at night, for comfort, for company, for challenge, for conversation. Sometimes, even my family has heard them. The rest fade into silence, or a default Anticipation Is So Much Better category where my imagining of their sound is always comforting than the sound itself (assuming I have heard it). Some of these are here because I wholeheartedly approve of them. Some are here as a nod to my lost community. Some are even here because they make me happy. If you still require a rating system, then using the one patented by Scott Creney several years back all of these rate One (out of One). I have provided links to where I wrote about the music in question, if applicable.

Lemonade is fiery, insurgent, fiercely proud, sprawling and sharply focused in its dissatisfaction. Its dissatisfaction includes her husband’s alleged infidelities (one should remember that music is a representation of reality, not reality itself) and also perceived sexism. From the sound of Freedom and the closing so-is-everything-all-right-after-all? song All Night, Beyoncé is still fully in control of whatever happens around her. However the world dissolves around her, she is continuing her steps towards fully-fledged feminist and activist. Maybe it helps her sell records? Who cares when it results in music this tumultuous and inspirational? (Beyoncé, Lemonade review)

So brutal and acerbic they could have been from Brisbane or Adelaide. Reminded me of why the fuck it is I fucking LOVE going to shows in the first place. Fell in love immediately with the two ladies obv, especially when they dropped their guitars and faced off across each other centrestage in an unironic appreciation of ABBA for the set closer. Drummer played some fucking NICE drums, so hard to get rid of all those extraneous unnecessary beats. They had at least five songs which were Beat Happening good. (My Guardian (Aus) editor never wrote back. An appreciation of Melbourne band Terry)

The Lady Gaga album I was hoping to love. Sure, of course. Same way you always hope to love the new Bowie but so rarely do. And it’s a total fucking romp – the album Lennon should have been making with Mind Games but singularly failed to do. Wonderful. Not the slightest idea what it’s about, and don’t care either. (Giving me a million reasons; what I listen to when I hear a new album)

Mostly, Brown Girl resonates with Aaradhna’s deep-felt pride in her heritage and roots, a pride that is tempered with an almost solemn joy. Sometimes the music can unsettle – witness the tribal percussion on the too brief Welcome to the Jungle – but mostly it reassures, in that charming, effortless rocksteady way she used to such effect on the P-Money produced 2012 album Treble & Reverb. (Aaradhna: Brown Girl review)

The Goon Sax – Up To Anything

Listening to the debut album from Brisbane three-piece the Goon Sax is like living inside a great Australian coming-of-age movie – Noah Taylor/Loene Carmen’s The Year My Voice Broke, for example – sun-blinded wonder and trembling insecurities hidden under rapidly shedding layers of confidence. Each song is a wistful vignette, coloured by accident and hope, the commonplace transformed into the exceptional through a few carefully chosen bass lines and loping vocals – Ice Cream (On My Own), Sometimes Accidentally. Eloquent, prematurely (adult) world-weary but never cynical. (The Goon Sax: Up to Anything review)

Once again, music critics fail to grasp magic. Fail to grasp music. They think that through describing music you can approximate an understanding or appreciation of music. No. No you can’t. All you can do by describing music is to appear Second Rate. Description usually even fails to ascribe sentiment or emotion or understanding. No amount of rehashed press releases or random superlatives or hubris can shake that. Look at those marks. 8.3. B+. 4/5. 9. 8.5 4/5. Look at them. Is this a code that no one has the cipher for? It signifies nothing except acceptance of conformity. (10 reasons I have not written about the new Jenny Hval yet)

Look away. It’s OK. No one will mind.

I pulled back from the edge (briefly) when I realised I was listening to a Queen album through choice. I deleted Kansas. Expunged Journey from my memory once more. Sought solace with my ladies once again, this time from the 1980s – Pat Benatar, Sheena Easton, Stevie Nicks. When you open Pandora’s Box after 35 years of repression it is neither desirable nor possible to keep track of the myriad moths floating above your head. This is the stuff I can play in public (by that I mean, in front of my kids and wife). Elsewhere I feel more repressed than ever. Everett True died a long, long time before Glenn Frey and it is stupid to pretend otherwise. All we have now are grey ghosts, memories so distant they are not even memories. I find myself unhappy at the way True is portrayed in a book and then think, why? That man is not me.

Does Jerry Thackray like porridge radio. That is the question. If he does then that opens a whole new level of music to exploration and dissection. I never was good at analysis. I just want to share some porridge radio with you on behalf of my old mate Everett True. He would have liked them for sure. They are startling: florid, open, given to exhaustive repetition and a determination to see the thing through whatever that might entail. The song titles give the game away. The four tracks on the new shared cassette say more to me about my(?) life than the entire back catalogues of The Flaming Lips, R.E.M. and Sebadoh combined. This is partly context and mostly content. Or perhaps the other way around.

If this band were from Brisbane they might be called Bent, or Scrabbled. <-<- man, what a crap thing to write.

I am not exhausted of this sound. I will never be exhausted of this sound. I want this sound clogging up the nation’s airwaves next to Jenny and Kanye and the rest of the rotten bunch. This is my own personal Taylor Swift, my own backstreet Wire.  The reason the singer sounds out of breath and near comatose by the end is because she is pouring all of herself into the moment. And if you think that is not more than enough for me, then you ain’t been reading me, sister. (song of the day 3. porridge radio)

The last draft I wrote here was for a dead person.

It’s called getting away with it, and it’s a trick very few can pull consistently. My wife asks why I love Hinds and I mutter something about melodies and spontaneity and the laughter behind the tears (yes, that way round) and Buddy Holly. How many scars did you collect today? How many Pastels records have you lost? How many hearts have you broken in three? How many questions have been left unasked? I love the care and attention Hinds pay to the chords and notes and jangly bits between, even (especially) the ones they have just invented. I love the fact that half the men here tonight look like they could be the Childcatcher from Chitty Chitty Bang Bang if you just stuck a false nose on them. Why do hipsters think seafaring child abusers is a good look?

In the 1990s, I wrote that Teenage Fanclub lost a little bit of their magic the day they stopped needing to start every song three times.

It’s the way Hinds still look surprised at the gorgeous sounds their voices and guitars make; it’s in the obvious, the humdrum, the psychedelic and the inanity. The greatest metal album in existence feels clunk-clicked together, all awkward silences and joins and breaks that so nearly do not happen. Yes, it’s the debut Black Sabbath album. Live, Hinds are like the debut Black Sabbath album if they had grown up on a diet of jangle and Bojangle and Jesse Garon And The Desperadoes. Um, and female too. Like that matters.

I moved to London because of the debut Slits album: all those squeals of mock-terror and laughter.

I would move to Madrid like… (clicks fingers)… that. (Here’s what I done tonight. Watching Hinds and an indie boy band in Brighton.)

As conflicted and flawed and hypocritical and beautiful as the rest of us. They’ve clearly got connections most of us can only dream of, but – well, that’s good. Politically charged and motivated, and unafraid of sex and all its attendant smells and spoils, and all that. That’s deffo good. Mates with Kate Nash. A PLUS! Come across as entitled sometimes but – well, that’s good. Nice we have some flawed, conflicted and ambitious women in our court. I guess (because it feels a little reductionist to reduce individuals to ‘sides’). All yeah. Yeah yeah yeah, frankly. The music is all bounce and shimmer and mean laughter and “I’m better than you I am” and short bursts of punk-pop, the sort we loved when we heard similar from Oxford in 1986 and the sort we love now. “It’s not my job to protect your ego,”they laugh and I feel the same way. It’s a bit paper dress vintage in places (not that that’s bad), but then they produce a marvellous zeitgeist-spoiling moment like this, and you figure them to be, Hearts as big as Liverpool. (You believe who you want to believe, not what. A few words on the new Tuts album)

Wow. Let me repeat that cliché for you. Saxophones trill as though falling down a flight of stairs. You do not need to hear the new Kendrick Lamar album to write that, trust me. Nor do you need to hear it to write bass lines wander and piano riffs glow. (Kendrick Lamar: New Album First Listen)

Ravioli Me Away – Living Is A Myth / Sophie Ellis-Bextor – Familia

No Sister – No Sister / Rattle – Rattle

Angel Haze – Back To The Woods