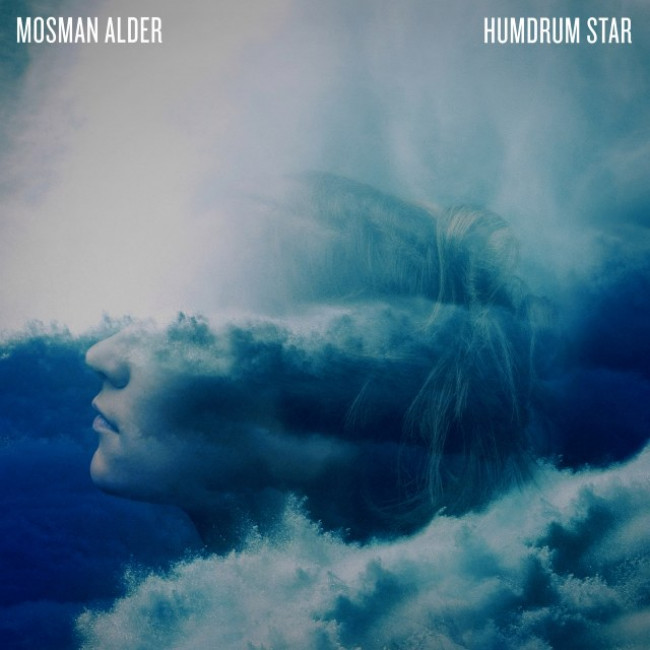 The whole music scene thing, it’s all a façade, really, said my landlord one morning, or something like that. He always says things like that whenever we meet in the kitchen. You know, that the government fabricated the war on drugs (the real one, not the band), that the students coming up seem dumber and less interesting than ever, that most people probably don’t think about much of anything.

Artaud also said that the poet must distance his self from his poetry, or else he’s just wanking out ink to please himself. Or something like that.

You’ll pardon me. My throat’s gummed up with a sore tickle, and that flare is up in the nostrils, and fog is rolling into me gray matter. I’m probably ill, and I probably shouldn’t have drank that cup of coffee, and I probably shouldn’t be curled up here by this wall in the café. But I also woke up to find at least two dozen ants crawling over my dishes, so here seems cozier than home. (It’s very possible that I swallowed one swimming in my juice.)

Anywho, now’s the best time to tackle Mosman Alder, methinks – when illness alienates you the most from the normal others, from the stupor of smarmy happiness that pulses through others’ verbal greetings and selective status updates. Not I’m don’t already feel like an alien on a regular basis.

So often, romantic ballads only touch on feelings – I’ve never felt like this before”, says “God Is Pissing On You”, which seems like an Artaudian sentiment, but alas the song doesn’t spit or shit or deny fanciful things like the soul – as if such feelings were universal currency, as if you could evoke such things and receive unanimous praise and acceptance among your peers for just admitting such things.

Do you need an abusive monster to beat your face?
I know one, he lives inside of me

You already know how Mosman Alder sound – like one of NME’s darlings, who we know now circle-jerk the glittery belches of the XX, Bat for Lashes, Radiohead, and TV On The Radio. And you think “circle-jerk” sounds crass, but I mean it. The Mossies (and their over-zealous PR writers) pretend that they’ve embraced some wider world outside them – Humdrum Star’s a reference to somethin’ Carl Sagan said. But crack open the LP and you’ll see at once that any pretense of “Japanese expressionist paintings”-ish worldliness (I shit you not, that’s from the presser) has been boiled down to conservative Coldplay radio play, infected with a good dose of latter-day, McVie-penned Fleetwood Mac romanticism (“Try Your Luck” teases you so cruelly, simpers so in yr ear and waves gypsy robes before your face, daring you to fall head over heels for the boozy schmuck, because god forbid you be lonely at night).

You remember when folks sucked in ideas instead of just musical touchstones? Josef K drew in Kafka, the Cure channeled Camus, Siouxsie and the Banshees called forth Poe, the Dictators and the Ramones reveled in cheap B-movies. Not that all musicians sustain themselves solely off the blood of their favorite albums – but who in the corporate machine, all those Haims and Peaces and Becks and Millions and Coldplays and Stephen Malkmuses and Wars on Drugs and Arcade Fires, actually engage with any other form of knowledge besides a musical one?

What do Mosman Alder imbue their music with, apart from the obvious? That vague youthy lust, mentioned above, and drugs. From “Germland (Of Julien Charbounneau)” (a name with as much relevance as the price of tea in China):

Lucky I have the drugs to make me feel OK
Truth is, I never feel anything
I never cry
Sometimes I like this place
It’s false stretches of empty space

What does this tell us about drugs, anyway? The way the chorus has been programmed to soar, the way the piano has been dictated to play – the sheet music reads with feeling, though probably the Italian term for it – this sounds like a moment we should be celebrating. Wait. What? Are we celebrating how blank and mechanical we are? Are we snidely acknowledging how much, as a “culture”, we no longer connect with each other, how much we bury what really bothers us in polite small talk?

Stop. Stop stop stop. I can’t tell if I’m hot or cold. Mosman Alder gurgle up the status quo and smile and nod. Yes, Lee, we’re all unfeeling bastards now, and there’s nothing you can do about it. We all take pills and energy drinks to control our moods, we’re all worthless and there’s nothing we or you can do about it. Actually, the more I think about it, the more alluring that fatalism seems. It’s like when a sci-fi novelist (and I’m thinking Phillip K. Dick here) shows you a scene where someone orders up a dose of happiness, or anything to smother out pain and thought. Do Mosman Alder know they’re those empty-shell characters? Or are they just like the average citizens from Fahrenheit 451, who stare at their walls of audio-visual pleasure, and demand only more screens, more distracting pleasures from every corner of the house? (Disclosure – I always thought Fahrenheit 451 sounded like a more realistic dystopian destination than 1984. But that’s just me.)

Ugh. I probably shouldn’t write when I’m sick. At any rate, I can’t stand another syrupy note from Mosman Alder. Fuck their sublime shimmering pleasure dome atmosphere, crowded with piss-water drips of extra instruments that they chucked in just to say they did. Enough with the golden sunset miasma of time-tested croons, this pasteurized tranquilizer designed to fit smugly on the airwaves and fill space on business-minded blogs concerned about “reach”. Indeed, what more is there to gather from this airy thing, this perfectly pitched fog, with climaxes as vanilla as “What’s your favorite color” (from “Colours” – their spelling, not mine)?

This is why the print arm of the music press is withering, innit? Musicians in the public eye don’t make waves with music, or at least not the million-dollar industry vanguard – they simply announce albums, break up with girlfriends, dress up like stereotyped Egyptian queens, create “epic” visual spectacles, pop up in commercials, invent new streaming services, squirt out theme songs, judge wannabe warblers. The music wafts to the background, crystalizes into products with price tags, while the camera closes in on the people themselves. What else do music writers in the biz have to latch onto besides business, pushing words along and pleasing the men in big chairs so they’ll pass along more exclusive little digital trinkets?

(Tangent – when Miley Cyrus stamped her hashtag approval on an old pic of Kathleen Hannah via Instagram, wasn’t she really just admiring her look, divorcing the moment from its sounds and statements?)

I don’t know. I’ve got a real fever and I’m more hot/cold than ever. (It ain’t Ebola, though, so don’t waste yr pity on me.) Wiser heads are chatting fervently now about how glassy-eyed the industry’s become, what plugs to yank, where to set new roots. As much as I want to believe Neil about youth, and about how years mean fuck all in terms of wisdom and awareness, the elder at least have more memories, more experiences, more history at their disposal than us, and have real lead thens to weigh the plastic nows against. I don’t know. Socrates said, “The only thing I know for sure is that I don’t know anything,” and that’s what keeps me grounded.

All I know is, Mosman Alder want to be cogs. They want the machines to stay greased. They’re a lot like Millions, but less Pavement-like. That’s all. I’m going to black out now.