Montage of Heck | “undercooked and over-thought” 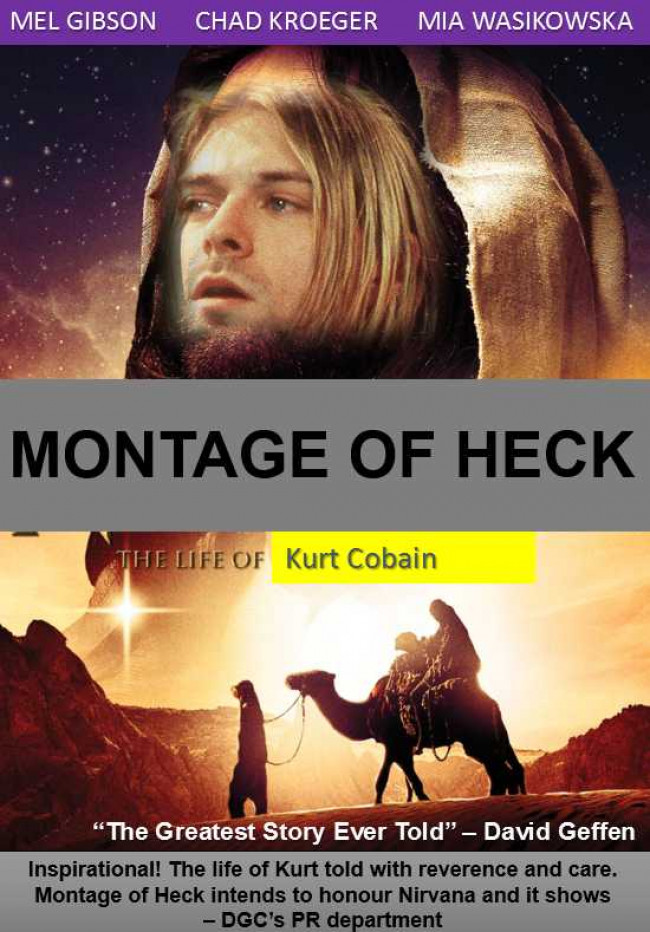 Since the suicide of Kurt Cobain in 1994, he and his band have always been mystified, covered in conspiracy, touted and disparaged. With exciting new footage, audio and illustrations of and created by Cobain, film maker Brett Morgen’s Montage Of Heck promised a demystifying of the Great Cobain Myth.

The film explores his early childhood in Aberdeen, Washington, being bounced between parents, through his secluded adolescences and ends in the tragic territory of his death at 27. Much of this beautiful footage was discovered when Cobain’s widow Courtney Love handed Morgen the keys to a warehouse of archives. This includes never-before-seen family films, workbooks full of scratching and endless tapes of noise, such as a mixtape carrying the hand-scrawled label Montage Of Heck, from which the film found its name.

It is exciting to see the bare-boned origins of songs lifted from the pages of of his journals; the names picked up and quickly retired before settling on Nirvana, the growth of his lyrics and his own personal style of guitar tabulation as static lines of ball point pen on a dirty page.

Some of these artworks and audio were left in charge of animators Stefan Nadelman and Hisko Hulsing, who did a beautiful job putting motion to Cobain’s morbid illustrations, and rotoscoped scenes described in his audio diaries. However, though initially engaging, the intention to have Cobain’s scrawling jump off the page creates moments that drag and leave it feeling substance-less.

In a post screening interview Morgen explained his decision to have minimal interview subjects, to trying to avoid a film of talking heads. However his commonsense choice in interview subjects, Cobain’s parents and Love, feel as though we’ve been left with some unreliable narrators, no one really revealing much more than what most would already know. It is Cobain’s ex-girlfriend Tracy Marander that comes through with the goods; honest, unfazed and genuine, quietly assessing and reiterating her memories, good and bad. And though I understand Grohl to have been preoccupied with his own HBO ventures in Sonic Highways, his omission from the film is a great oversight.

There are some incredibly tender and sombre moments. It is the story of the unravelling of an incredibly talented man. Morgen was given an opportunity to create something that people have been anticipating for a long time, and it almost gets there. However, regardless of having Courtney Love’s full trust, Frances Bean Cobain as an executive producer, and Cobain’s parents on board to be interviewed about their son, Montage Of Heck feels undercooked and over-thought, with a great amount of care taken in the artistic flare, and the moments in-between feeling thin.

One Response to Montage of Heck | “undercooked and over-thought”