Mastodon – Once More ‘Round The Sun (Warner) 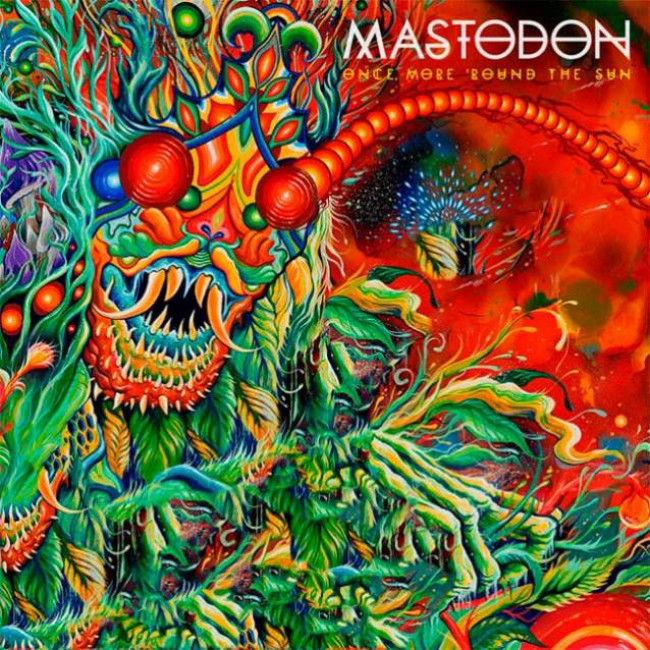 While Mastodon are generally considered one of the best metal bands to come out of the naughts, their newer material really shines. Once More ‘Round the Sun opens as all good metal albums should – with a chugging, stirring anthem about returning to life. I tend to consider this sort of metal, with its aggressive riffs and epic, almost mythical themes, to be sort of blokey. My other half doesn’t like this assertion. He argues that I’m being sexist and massive guitar solos under operatic howling about being reborn in fiery light or whatever is totally for girls too and anyway I’m being dumb because I probably like fantasy shit even more than he does.

But really, a lot of metal makes my eyes roll. Yes boys, you’re very loud and big and strong. Yes, yes beards and armies and battles and the soul of a wolf. Samey overly-technical power ballads that go for too long. So why do I like Mastodon? They wrote a concept album about Moby Dick, a dour novel about one man’s life-destroying quest for a damn whale. But it totally worked. They made 19th century literature badass.

Their previous album, The Hunter, was excellent; Once More ‘Round the Sun has pushed them even further. They’ve moved away from concept but remain in the realm of conceptual – maybe that’s why I don’t find them boring. They tell compelling stories, and know when and how to show off their technical chops and when to relax in the name of writing songs that are catchy and memorable. No wonder there’s a lot of debate about how to label them – their songs are undeniably catchy, and while they retain the head-banging ball-busting loudness of metal, they aren’t so inaccessible. I could imagine this being played on the radio. I don’t think that’s a bad thing at all; that’s the gift metal forebears like Ozzy and Metallica gave to us. Sometimes it’s nice to hear music I actually like on the radio, you know?