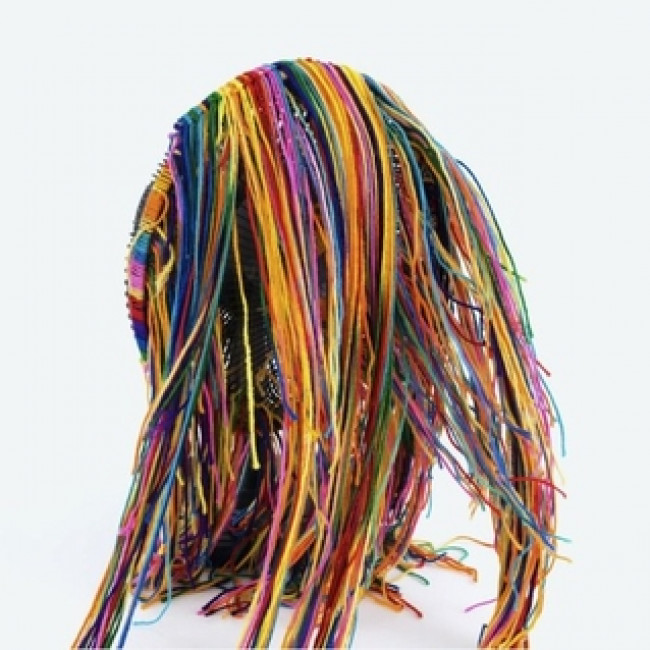 Picture the scene – it’s one of those dance clubs that you’d find when you look up “nightlife” in the dictionary. The ones in the movies that epitomize the corrupt and sleazy urbanites, with flashing neon crowded dance floors, where the youngsters gulp down E outside and hotfoot it all night. The girls with the skin-tight dresses. Someone might pass out. Someone might get shot.

Of course, it’s not a real club. It’s the opening scene for the intro to Liars’ Mess, their seventh (seventh?!) LP. And let’s not kid ourselves here, they’ve made one top-notch summer action flick. All-star cast. Big name producer. Tons of flashy CGI. All that’s missing is the decent scriptwriter.

But blockbusters exist to entertain the masses, right? Right. And if we judge Liars by that standard, then the first 20 minutes definitely bust the block. By the way. If I can enforce any law that all critics should follow, it’s this one – don’t call any song “dancey” unless you’ve jumped off your ass and danced to it yrself. And fuck me, but I can dance the mess out of Mess. The first four tracks pulse kinetic signals to the feet, supercharge the body like a cattle prod at your back to the compulsory beat. “Vox Turned D.E.D” stalks with such a FAT synth that it’ll clog yr eardrums if you pipe it through headphones; turn it out on a speaker, though, and you’ll feel your body pulled like a puppet into the predictable pulse (alliteration for the WIN).

But – contrary to what the hypemongers may tell you – Mess actually isn’t a straightforward demolition dance. In fact, from “Can’t Hear Well” and on, Liars don their craftsmen hats. The hypemongers will also tell you that Liars are “experimental”. Don’t believe this, either. Even those first four tracks – we’ll call ‘em “the Klub”, ‘cos that’s cool – paint the noodles by the numbers. Like those faintly Egyptian chords in “Vox” of the same shade and hue as the Eurythmic’s “Sweet Dreams”; the plastic imitation “I’m No Gold” in the mold of Front 242; and “Mask Maker”, despite the bloody embarrassing intro, has wrung all the dirt and urban grime outta UK garage and somehow even added a shiny Euro polish.

I first heard “Can’t Hear Well” on the radio, and had to marvel at how such a contemplative thing could garner airplay. Three minutes of a very wobbly, skeletal paean – makes ya think that, if Liars wielded guitars instead of synths on this album, this would be the token acoustic ballad. I suspect it’s s’posed to be a sober reflection on life and all that – but I can’t hear the lyrics that well, ‘cos the man tends to mumble-warble. Still, the minty electric massage does cleanse the pallet nicely. I can’t say the same of “Left Speaker Blown”, which closes Mess in a dead vacuum and stale sentimental eggshells and a sample at the end that adds no mystery, intrigue, or anything whatsoever. (“Say the word ‘neigh’. Say the word ‘vine.’” Well, say the word “antidisestablishmentarianism”, ya pricks.) And that blatantly hypocritical “I hope you never learn to play music” – which, y’know, if that line came from a genuinely experimental band instead of one that plays so nicely out of the EDM rulebook, I wouldn’t have a beef with it.

Given the automated aggression of the Klub, the single kinda totters in the wake. The bubbly “Mess on a Mission” was no doubt conceived in a chemistry lab, not a dancefloor – take a vaguely dubby mold, bleach it clean, and tinker away until only the faintest outline remains. Har, lookit, even the video fesses up to this clearly artificial process, as Liars demonstrate how cleverly post-modern they can be with a single sequence:

Both “Darkslide” and “Boyzone” aim to prove that Liars have some nuance in their “experimental” songcraft. However, compared to Andy Stott’s hypnotic tunnel dives (“Luxury Problems” from last year, or “Stay Ugly” from this year via Millie & Andrea) the former sounds like a tedious, nerve-wracking exercise of knob-twiddling and elementary beat hacking.

As for the latter, think more about kids who throw a sheet over their heads to spook their little sisters. Sure, the bass creeps, nocturnal sounds unfold like bat wings, and the dudes moan out the chorus like woe-be-gone zombies. But who are they kidding? Here – and nowhere else on the album, by the way – do the boys really threaten listeners at all. And if you’re gonna be experimental, you’ve got to challenge something. I mean – “Boyzone”? Yeah? What kind of nightmare is that? Isn’t that where we are right now, anyway – you in your indie artist spotlight, me in the world of music criticism, us in the sphere of music auteurs in general? Once again, though, I have no other clue what this boyzone entails, because of the mumbles. Something about taking capsules.

Whatever, dudes. My advice is that you stick with the aggro-beats, stop trying to act like you can drop four to the floor, and embrace your inner D.A.F.: