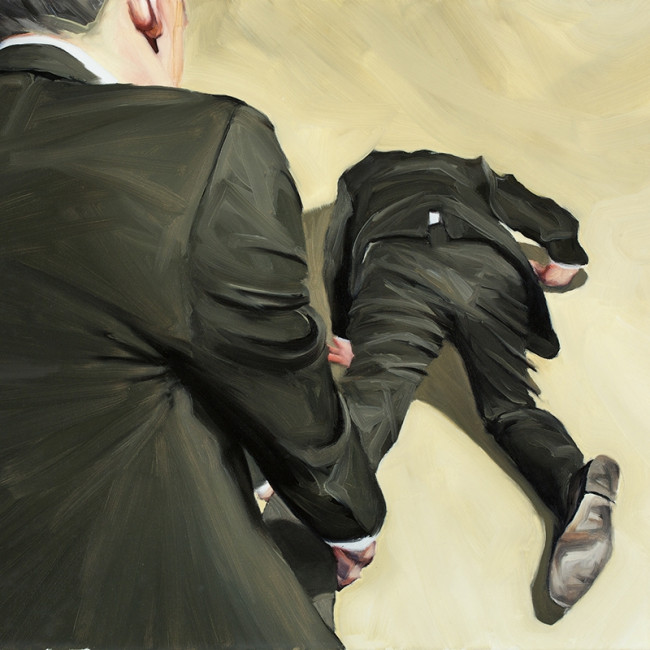 Many years ago, before Arcade Fire were born, a now-prominent music website approached me to ask if I would write for them. I deliberately sabotaged the process, for many reasons, but mainly because they wanted me to write 10 reviews a week, and I knew there weren’t 10 interesting records released every week. And at some point I would get tired of trying to find new, fresh ways to describe all the trend-hoppers, sound-emulators, unimaginative-music-purveyors, that even then, and possibly even always, made up underground music. And eventually I would end up hating music.

It’s possible I may be hitting that same wall even here at Collapse Board, where I have freedom to write/not write about whatever I feel like.

At the very least, I can’t muster the energy to turn these notes into anything coherent, anything organized. I’m a week or two away from finishing the last edit on my latest novel. Maybe when I’m done with it, I’ll feel more inspired.

But this album by Leverage Models, on a label that’s put out some interesting stuff, is boring in the worst way. It reminds me why I never wanted to be a ‘music critic’ in the first place.

Even today, I prefer to think of myself as “someone who writes about music”.

Here’s my notes. Make your own sense out of it:

Expresses the flatness of its environment so well it’s like an emotional Kansas (the band not the state – I mean the state, not the band).

“Come on shake it til there’s nothing at all.” This is a joke at the listener’s expense, right?

Early purveyors of synth-based music used their equipment to evoke sci-fi futurist dystopia. LM uses them because they’re there.

The band name is the cleverest, most intriguing thing about them. If you imagine leverage as a verb, and models as in people. Their evocation of the 80s VHS aesthetic is the least interesting. Their lack of memorable songs (as in lyrics/melody/hooks) will be their passport to oblivion.

Keep that snare on the two and four. Add the busy little pitter-pats on the high-hat. The kind of music that white people dance to when they’ve just gotten married.

When the singer hits his highest emotional register, he sounds like Midge Ure dancing with tears in his eyes. This cannot, under any circumstances, be considered a good thing.

‘A Slow Marriage’ is the best song here. If you need a place to start.

It emulates instead of expresses – when I consider the amount of time and effort that must have gone into making something this lifeless and dull I want to weep.

The occasional attempt at emotion feels so insincere, so going-through-the-motions, it makes you wonder why they bothered in the first place. Besides, a lack of emotion might have made this record less uninteresting.

There may or may not be a vague satire of the corporate world – as glimpsed from a cubicle – happening. The suits & ties and the stockings & skirts. Or there might not. Who the fuck cares?

There’s a 10-second section near the beginning of ‘Stay Close’, a brief, uncluttered moment in sound, that isn’t completely annoying, that isn’t clogged up, coked-to-the-throat, busy for the sake of busy-ness (or business) that suggests a direction this album could have gone in that might have been, had a dozen or so other things also lined up properly, potentially less shitty.

Leverage Models might work, maybe, in a festival setting, if they have all the frontman/live band pre-requisites. That is to say, if they’re able to properly jump around with abandon and cheerlead the masses into a (temporary, empty, meaningless) good time.

Here and now in 2013, you’ve heard the sound of this record a hundred times. Why would you want to hear it again?