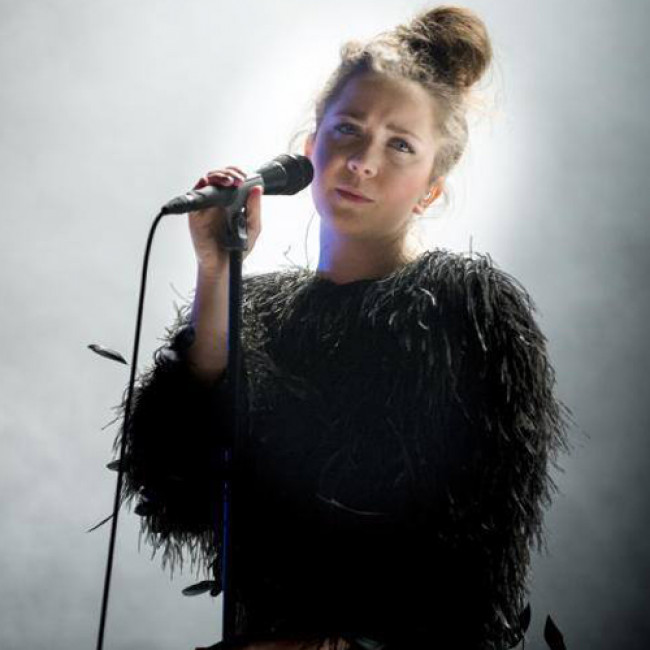 Yeah, I’d say 2015 has been a good year so far – learned how to code, pissed off a bunch of vapers on Twitter, landed a staff position on Drowned in Sound, helped produce another magazine, and bonded with friends a whole bunch. I get in a funk from time to time – a long sob in the bathroom, some doubts about my self-worth – but I work through it.

Writing helps me sort things out. And especially this sort of writing, where every piece is its own puzzle, a challenge to match an abstract series of sounds with the stories, pictures, and actions that the ordinary listener wouldn’t see at first listen. I can make you care, or not care. I can make you listen and think, or just listen. This is what I do. And this is what I’d like to keep doing.

So. Here are the albums that jumped at me in this first six months, in a roughly chronological order. You’ll find I’ve written about several of these before – those are the ones that compelled me to think anew way, often to lift me out of a crying spell, or restore some sense of purpose, or indeed to challenge me some other way. You’ll see.

Mind Brains – s/t (Orange Twin)
This kooky cult of ex-Elephant 6ers sent out promo sandwiches to the local press – one CD, inside two slices of bread, each with a heart cut out of the center. I didn’t get one of these, mind – but I didn’t need one, cos the silly brainwashing vids and toy-tinkering drone rituals wooed me from the get-go.

Fireworks – Switch Me On (Shelflife)
Indie pop like this makes me think I’m missing something. What, you may ask? Oh, you know – the tiny thrill of touching, the gallop of yr heart, a bed with someone on the other side, whispered words in yr ear, clenched hands and the combined self that stands apart from (or in defiance against) the rest of the living universe. Love, in other words. Maybe it’s nothing, but maybe it’s everything. Fireworks play like it’s everything.

Beat Spacek – Modern Streets (Ninja Tune)
In March, I woke up one morning and felt slightly off. For a moment, I slid back down on the bed, unsure if I could heave myself up as usual – then, next thing I know, my landlord is saying my name, and I find that I’m splayed out on the floor, just outside the hall. So I call my mum and spend the rest of the day back in the countryside, wobbly and weary. That’s when this wooed me utterly.

GNOD – Infinity Machines (Rocket Recordings)
DROOOOOOOOOOOOOOOOOOOOOONE. Never underestimate the mesmeric power of drone. The weight dragged me down, til I’m keeling over the desk, and my mind is sunk deeper still in what I thought was inky ennui. The journey left me wearied, exhausted, and I doubted if I could dive that far again. But I did. Took me about four trips down before I could appreciate what staggering power I’d stumbled upon.

Sigh – Graveward (Candlelight)
This one stands in for the newly created “most ridiculous hard RAWK album so far” category. Bad Guys’ rip-roaring Bad Guynaecology was –this- close to winning the spot (and, indeed, could very well muscle out everyone else for the “most creative press release category), but really now – how can anyone compete with crazed demonic singers, a full-on Wagner chorus, timpanis and flutes and saxophones, Rush-like harmonies, and sick Van Halen-esque guitar shredding? You can’t. No contest.

Frog – Kind of Blah (Audio Antihero)
Yeah, I’m a loyal follower of Audio Antihero. Ya got me. But we’d both fallen head over heels for Frog long before 2015, when the duo enchanted the whole Gold Flake Paint assembly with their jittery, jolty, swear-to-god earnest EP. It was the summer of 2013, the summer that I snuck out to Athens whenever I could, the summer that Jamie of AAH and I snuck emails to each other and built our long-distance, COMPLETELY PLATONIC friendship…and OK, I bring one helluva bias to the table. But is this not glory?

Numbers Are Futile – Sunlight Over a Black Horizon (Song, By Toad)
I was, indeed, a huge prog fan growing up. When I first looted for vinyl, I’d always find types like Emerson, Lake and Palmer and Yes and the Moody Blues – in part because the covers were so pretty, but also because the stuff seemed more substantial than the other classic cock rock that I listened to. Numbers Are Futile aren’t prog, but they share that heft. That musician-as-architect appeal.

MG – s/t (Grabbing Hands / Mute)
Everything about this release points inward to the music itself. The cardboard cover, the nearly invisible tracklisting on the back, the acronym that doubles as both the nom de plume and the album’s title. It’s all as if Martin Gore would rather vanish into his work, merge with the Vangelis-ish blips of deep oceans and thick fog, and erase any trace of his physical self. And once I’m in the thick of this, I feel myself slip into that ether too.

Shamir – Ratchet (XL)
A while back, I wrote that you can’t call a song dance-y unless you get up and dance to it yrself. So thank you, Shamir, for making such lively, happy, off-the-wall, self-affirming, downright danceable tunes. I’m hoping that, some day, I’ll get to show off the moves I’ve been practicing in my basement (if nerves don’t strangle me first, anyway).

Totem Terrors – Hard Science (Diet Pops)
Everything about this makes me wanna squeal and jump. Imagine if Big Black were fronted by Colin Newman, and you’d be halfway to Totem Terrors. But add extra layers of snark, sweetness, and cowbell, and remove all traces of ego and fucking.

Emilie Nicolas – Like I’m a Warrior (Sony / RCA)
(Out July 6th – I know, I’m cheating a bit)
I’d love to talk to Emilie one day. I’ve love to talk about what she writes and where she’d like to go with her music and how she creates the sounds she makes and if she’s ever felt like the protagonist of her song “Melancholia” – like lying down on a hillside and waiting for the sun to die. Cos last week, when I was reviewing this album, and stuck with that one for a whole hour, her depression lifted me out of mine.

Girlpool – Before the World Was Big (Wichita)
For their first EP, Girlpool vented about sex and the boys who scorned them. And that excited a mess of folks (including us). But when the girls sat down to write their first full-length, they left their lusty adventures behind to talk about friendships, old haunts, and the haze that clouds yr world view as you grow older. And yes, the music sounds better as a result.

Nidia Minaj – Danger (Principe)
With snare shots like pistol blasts, this Minaj (no relation to Nicki) can conquer any dance floor she fancies. Her lean, razor-sharp style has some room to grow, but already juts out above the usual knob-twiddlers.

Charlotte & Magon – The Egg Dance EP (self-released)
Dance, dance, dance, dance! These two used to dwell in a dank Radiohead-ish gloom, but now they play funk for labyrinths – twisty, curvy, floaty. Don’t ask me where the exit is, though.

Le Thug – Place Is EP (Song, By Toad)
The invisible sun that hangs above the factory. The crush that will never love you back. A peaceful death. Le Thug wield the power to both enthrall and destroy.

Container – LP (Spectral Spools)
At this point, visual synonyms fail. The realm of Container is pure abstract. Light and color do not exist – this is music as force, force as concept, concept as object.

That’s all, folks. This does not reflect the opinions of Collapse Board as a whole; this is not an authorized list and is subject to removal; this is a supplement and not intended to replace any meal in a balanced diet; and so on.