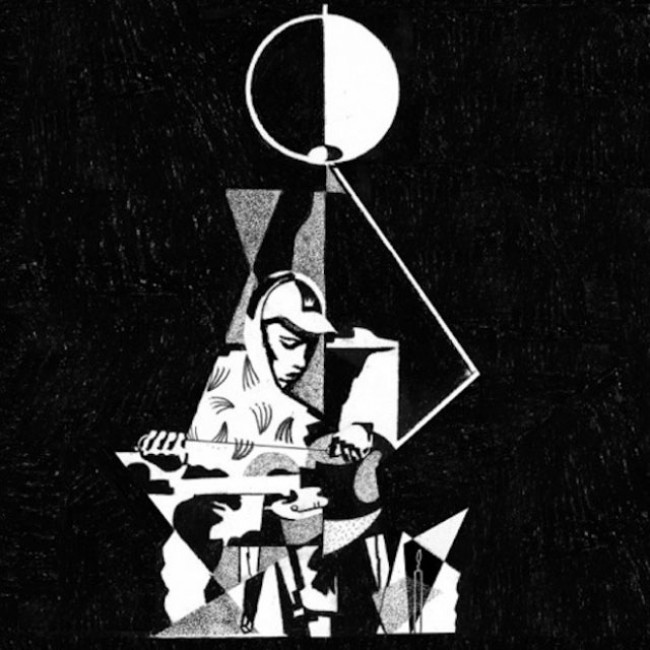 His voice is an unholy, atonal, inscrutable combination of Billy Bragg and Joe Strummer (and, on occasion, oddly enough, the guy from Spoon). The music has a yellow loneliness at its core that strikes deep, the type of aloneness you can only experience in a city as large as London, an aloneness that turns you anonymous and barren. When you speak to someone there’s a shock in hearing your voice aloud and in the air.

If you’re a sensitive person, you start to see yourself as others see you — as a stranger, as someone to be avoided on the street, until you feel more reptilian than human.

Take a couple of minutes and listen to this.

It’s the most lost-sounding album I’ve heard since last year’s Willis Earl Beal album. 6 Feet Below The Moon is the sound of a bold, arresting, stop-you-in-your-tracks talent. And I am not one normally prone to gushing.

For an American like myself, there are serious language comprehension obstacles to be overcome. It took me years to figure out what Mark E. Smith was on about. It may take months for me to understand King Krule.

At times it sounds like the greatest record that Pillows/Prayers-era Cherry Red never got around to releasing. The chords may be straight from Everything But The Girl, but the alienation is strictly Scritti Politti. The production echoes (at times, literally) the first Burial album. I can list comparisons all day, but ultimately King Krule sounds like itself. The influences have been swallowed, digested, and are coming out as something totally original.

You can stream the album here. See how long it takes you to stop.
http://kingkrule.co.uk/beneaththemoon/

What impresses most about King Krule is its heart, but what impresses me second-most is its brains. It sounds free in a way that suggests its creator knows exactly what he’s doing. This bodes well for his future.

I have one reservation, because while the sound is stunning, there’s a sameness to it that makes me concerned. I hope that KK will expand into all kinds of colors going forward, that he’ll respond to the inevitable acclaim and attention about to descend on him by charging boldly into the future, with no second-guessing, no tentative self-conscious half-steps. I hope he doesn’t allow the act of being observed to diminish his art.

If this happens to King Krule, it will be a tragedy where everyone loses. But honestly, I don’t see it happening. I don’t hear an ounce of retreat in his voice — that’s part of its pull. But more importantly, I think he’s smarter than his observers. And that means he’s smart enough to avoid the trap so many successful artists fall into, where success makes cowards of them all. Their drive for attention turns into the fear that the attention will go away. They hedge their bets. They betray their talents. Their new-found power turns them impotent.

He’s so effective working in grey and nicotine yellow, and there’s so much more to explore. If there isn’t a new album within the next 20 months, I’ll be disappointed and shocked. This could be headed into all kinds of unimaginable places.

Oh yeah, one more thing. King Krule is, for all intents and purposes, the work of one man. His name is Archy Marshall.