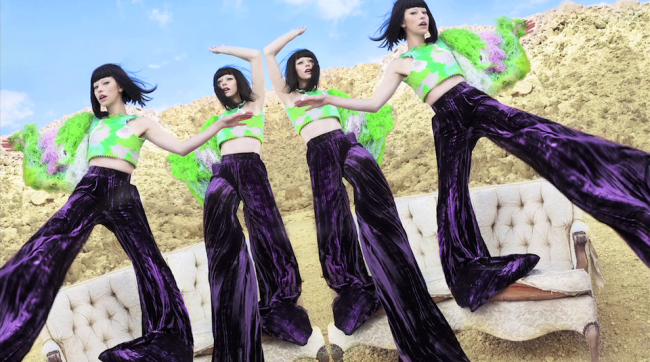 Justin Edwards: It seems like a good time to talk about the new Kimbra song.  We were meant to be covering her supporting Janelle Monae last week but then the tour got cancelled.  If you ask me it was pretty ambitious booking the Conventions Centre (c4,500 capacity) and charging something like $106 a pop. I paid less than that to see Prince last year and I guess this song reminds me of him.

It’s a strange song and an odd choice for a single. I keep feeling that the main ambition of half the new Australian acts I see/hear is to get a sweet sync deal for a TV advert and if I was being cynical I’d say Kimbra had pre-empted to be the soundtrack to Double J, with that “Every day we’re listening to 90s music” hook. I’m sure it will end up being used for something in some form. But It just sounds a bunch of ideas for intros/outros/middle 8 breakdowns strung together without having much in the way of verses/choruses and if this is a new musical direction I’m not sure how it’s going to go down with her much more mainstream audience.

Lee Alexandra Adcock: Conflicted. It’s more complicated than your everyday pop single, which I dig, but there’s nothing here that the listening masses aren’t used to. Bit irritated, though, that the song brags so much about nostalgia when it hardly references any specific memories at all. [All I can make out is “Mary Blige”]. It’s like she’s that shifty car salesperson that wants to sell you a “brand new” used car. Normally I’d be the last person to get hung up on lyrics, but can’t escape the feeling that she’s cashing in on this idea without really engaging with it.

Justin Edwards: Given that she was born in 1990 it’s a fair bet she doesn’t actually have a lot of memories about 90s music anyway.

Lee Alexandra Adcock: No, she wouldn’t, because HOLY TOLEDO SHE’S AS OLD AS ME and I had no clue what “90s music” sounded like when I was a kid, except for that one Hootie and the Blowfish tape my mom bought.

Darragh Murray: 80s ain’t cool anymore so just increment the decade by one. Does this sound anything like any music from the 90s? Where’s the terrible guest rapper bridge?