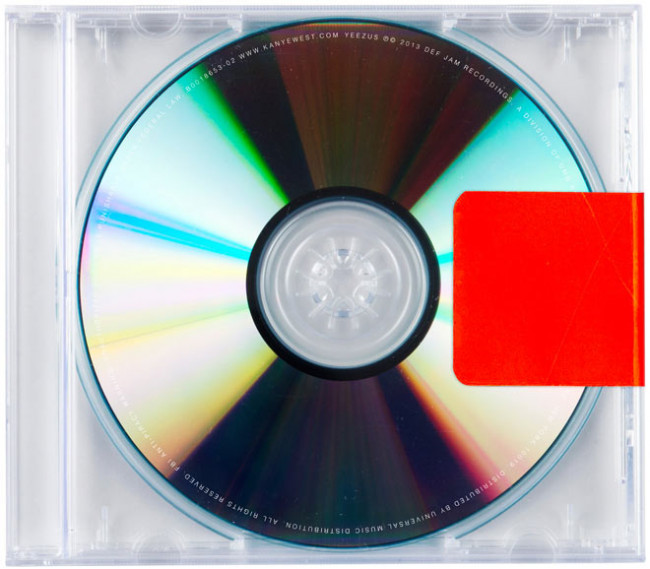 I don’t care if he’s an absolute dickhead. A raging egomaniac. An unfit baby namer.

When you make an album like this, you deserve a bit of slack. Kanye West has just made the best album of his career, a stone-cold classic. It’s a damn shame if his celebrity, his tabloid life, his outbursts and oversized persona get in the way of people noticing just how good this is.

I’ve deliberately avoided reading about this album. I don’t want to know the stories behind it, the conventional wisdom. Not yet. This album’s been on my radar since his SNL performance stopped me in my tracks. It’s so rare to see a television performance where someone’s out for blood, where they aspire to be more than entertainment, that I remember watching and thinking that’s something’s gotten into Kanye and I needed to hear this new album as soon as possible.

Music from the future, rendering rock and roll — to say nothing of pop, let alone metal, let alone hickface country Americana — boring, outdated, middle-aged and quaint. This record is absolutely insane. It combines good taste with reckless abandon. It knows exactly what it wants and it’s confused as hell.

‘On Sight’ explodes in grinding white synthesizer noise, a technicolor Suicide. Jokes all over the place, lyrically and sonically (Kanye brings in an old soul sample for the bridge, mocking his old stuff). This sounds like the second decade of the 21st Century, and it feels good.

He’s never sounded this angry, this aware. ‘Black Skinhead’ is just so jaw-droppingly good it hurts. I hear Trayvon Martin, I hear Django, I hear John Lewis, I hear centuries of oppression and bullshit — the anger feels real and beyond one man’s ego. It’s the best thing I’ve heard all year.

The last word of ‘Black Skinhead’ is God, and the song sits at the center of a three-way opening punch that culminates in ‘I Am a God, feat. God’. Major style points for that title by the way. Who says Kanye doesn’t have a sense of humor. But the song’s as frightening as it is funny — his humor is dark as an oil spill and he knows exactly what he’s saying and why he’s saying it.

The unthinking are going to see the title and react, file it away under one more messiah complex. But it’s messiah complex as horror show as the song devolves into paranoia and screaming. It’s lonely at the top, motherfuckers. We live in a culture where money equals power, but what happens when the money arrives and you still feel powerless? When there’s nothing left to buy and you’re dying inside? West has written a song to soundtrack the crumbling of empires both political and personal, narcissism and belief in one’s exceptionalism followed to the end of the rope and there’s nothing left to hold onto and you’re floating in air waiting for the crash.

‘New Slaves’ might be even better. Kanye makes the case for open class warfare, but stops just short of declaring it. Then Frank Ocean drops in at the end to sing about how escape is the only means of escape. This album destroys your mind, and then it destroys your heart.

The sounds on this record. The distorted two-note screech in ‘Hold My Liquor’ makes my skin stop the way it plays off the mild droning chords behind it. It’s more than most records do these days, let alone songs, but then the song takes off into a minute-and-a-half of soaring & falling, twisting & turning synths. It kills me every time. In a different context—removed from pop, removed from persona — the editors of Wire magazine would hail this as extraordinary in its sonic manipulations.

But because it’s Kanye, because there’s vocals attached, I guess it’s just hip-hop.

The opening squeal of ‘Send It Up’, I could listen to it for hours on a loop. It’s so textured, so psychedelic, that somewhere Panda Bear and his imitators just committed hari-kari. The extinction of Animal Collective, or at least on the endangered species list.

The delay effect on the end of his lines in ‘Black Skinhead’. This is an album to get lost in.

I love the language, with its relentless puns and self-conscious swagger. Kanye is a writer who communicates through irony and bluff. Half the shit he says, you get the feeling it’s just to hear himself say it. Anyone who thinks Kanye means half the shit he says in ‘I’m In It’ is being played for a fool. There hasn’t been a wit this dry in the Top 40 since Eminem. But old Mr. Mathers got boring after two albums. Kanye’s five or six in and he’s picking up speed.

And it’s got a great resurrection/refractory period joke at the end.

Some people listen to music to see their prejudices confirmed, to have their narrow world-view reinforced. I listen for a lot of reasons, but I love to be surprised. I long for it. Every song on Yeezus — and right now we’re talking strictly about sonics here, the way the record sounds — has at least one moment that makes me go wow like a little kid watching a fireworks grand finale.

The audacity of this album — again, not talking about words here — is mind-boggling. Songs take off in all kinds of unexpected directions. It’s extraordinary, the sudden shifts, the ideas intruding one after the other.

Have I said enough about the words?  The album is obsessed with slavery — both literal slavery & wage slavery, sex & power, weakness & control.

It’s the central drama of the album: the emptiness of having whatever you want. The only limit is your own imagination, and what was that John Berryman line? Something about when I was young my mother said to be bored is to have no inner resources. The central drama of Yeezus, the fixation it keeps returning to again and again, is the inability of wealth/fame/pussy (all of it now easy, all of it now limitless) to satisfy one’s desires. It is a testament to Kanye’s strength as a writer and performer that this all makes for gripping listening. He relentlessly makes his personal universal, writing from the inside but always looking out.

Say what you want to about Mr. West, he comes across as a very, very intelligent man. This is the best thing he’s ever done. Yeezus is forward thinking, passionate, engaged with the world, catchy, and fighting for its very life.