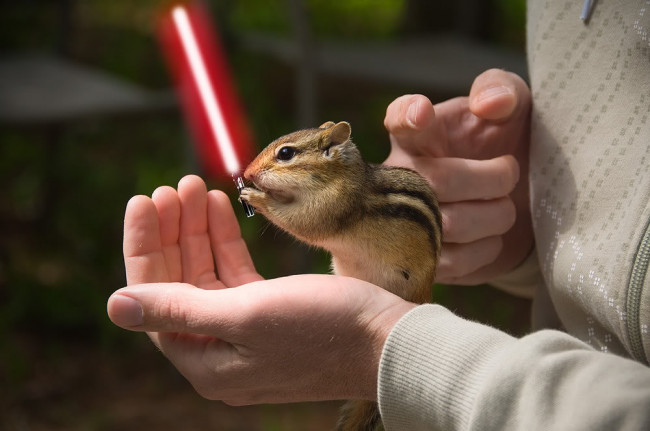 Sigh… some people, right? Look, I tried to do this the easy way. Quick and simple. Like ordering a pizza. Or sex with Gerard Cosloy.

I’m kidding, I’m kidding. But seriously, no wonder the music industry is in so much financial trouble. You people can’t recognize a good business move even when it’s explained to you. Yes, there were a lot of jokes in that article, but the premise — that my reviews have significantly hurt the record sales of (at least) three artists and labels should pay me to stop writing about music — was not a joke at all. I wasn’t satirizing anything. I said what I meant and I meant what I said.

One Twitter guy asked me how I arrived at my conclusions. I don’t think I can explain it all in 140 characters or less, but since the reasons in the original article weren’t good enough (for some people), we’ll run through this in a bit more detail. First off, I’ve been told by different record store people around the U.S. that those reviews (along with Veronica Falls, and a couple others I’m probably forgetting) killed those records.

Still not convinced? Let’s examine the critical reception granted Washed Out’s Within And Without before my review ran:

Me, I wrote a two-page series of insults that dismissed the music as empty, irrelevant, consumerist, lame escapist bullshit. Seriously, go read it. It’s awesome. Then do me a favor and Google “washed out within without abercrombie”. My review was the only one to mention a US high-end mall merchant. Now check out this Pitchfork feature from two weeks ago:

Greene seems content knowing that Paracosm will serve as “good time” music for people who rock Urban Outfitters, and it’s that way by design.

That’s called ‘changing the dominant narrative’, influencing the way people talk about a band. And when I say ‘people’, I mean the most influential music website on the planet. So yeah, I stand by my claim that my reviews have had an effect on the way people heard and subsequently wrote about these bands.

This seems like a good time to point out that the vast majority of what I write is overwhelmingly positive. And I have nothing against a band just because other people like it (see last week’s review of the excellent King Krule album). I’m a reasonable guy. I don’t slam stuff just for the sake of slamming it. In the case of all three negative reviews, I simply wanted to express an opinion different from the (vast, vast) majority. I don’t need everyone to agree with me, or share that opinion. I like to think that those reviews made people feel a little less alone. I remember how much Arcade Fire bugged me when it came out back in 2004. Why am I not getting this? What am I missing? That album irritated the shit out of me. Not just on a musical level, but because I felt like the only person on the planet who didn’t like it. [Ahem. Over here – Ed] So when I write a negative review about an album getting all kinds of accolades, I’m doing it in part to figure out why I don’t connect with it, but also because I think it’s healthy to have a dissenting opinion out there — something for the rest of us.

Suffice to say, some folks within the music industry, and that even includes people who write about music for a living, do not feel the same way. That’s why they spent their Monday afternoon ridiculing me, a sweet little writer who lives in small-town Georgia, for my fun little article.

My favorite response, because at least he was trying to be funny, came from Matador co-founder/co-owner Gerard Cosloy, who posted the following message on his Facebook:

re : the guy who wants record labels to pay him $50K to stop writing about music. I know it’s supposed to be a joke, but if he’s gonna argue it’s a good investment, the same could be said for having him killed for $700.

First off, everyone knows Matador hasn’t had a successful hit in years. Second, it’s $25,000 not $50,000. I’m not greedy. Maybe Gerard got bad information? Here’s that e-mail address again in case he recognizes a good deal when he sees it: scott_creney@yahoo.com. And by the way, how come people give me shit about my yahoo address? I picked it out like 10 years ago, and now people — well two people, but still — make fun of me because I don’t have Gmail? What’s so great about Gmail anyway? Because it’s Google instead of Yahoo? Isn’t that like making fun of someone for drinking Pepsi instead of Coke?

Now I had expected to catch a little shit from Matador. Sub Pop, being a more successful label, tends to take these kind of things in stride, but Cosloy’s about as thin-skinned as they come. However, I didn’t count on the reaction from my fellow music writers at The Guardian, The Quietus, NME, etc., who apparently were stunned into an early senility by my article and took to Twitter to voice their confusion.

I need new vocab to describe this by @ScottCreney, ‘hubris’ doesn’t come near… Please be satire on pompous critics?

Eamonn Forde (Music Writer for The Guardian, whose Twitter profile says “I am the manifestation of everything that you have failed at”):

UPDATE: that article is a “satire” apparently. Not a very good one, but a satire nonetheless. I think.

Supposed to be funny/self-aware? Fails, spectacularly.

I’m being a bit disingenuous here. There’s an old Upton Sinclair line about how a man has a hard time understanding something when his paycheck depends upon him not understanding it. And I’m sure it’s pure coincidence that the handful of people who publicly shat on my article (and let’s give Cosloy credit, at least he didn’t pretend he couldn’t understand it — maybe because he knows that playing dumb just makes you looks dumb), happen to work in the music industry, but what the hell was their problem, anyway? The article was about Sub Pop and Matador, right? Oh yeah… I did write these two sentences:

You think Drowned In Sound would have let me write those reviews? Or the fucking Guardian? (We won’t even discuss PR farms like NME/Pitchfork).

Well, um, not to point out the obvious here, but… you guys wouldn’t have run those reviews. Was that supposed to be a secret? Or maybe they were upset because I pointed out that I have a freedom they don’t have, a freedom I wouldn’t trade for an insecure paycheck (I bet all three spontaneously shat themselves when they heard that Simon Price was being let go at The Independent — WHICH IS BULLSHIT BY THE WAY. SCREW THE INDEPENDENT) writing in public how much I like banal shit. (Collapse Board contest: the first person to mention in the comments which of those three writers above listed Carly Rae Jepsen’s ‘Call Me Maybe’ as one of their singles of the year for 2012 gets a free T-shirt as soon as it occurs to Everett that we should start selling T-shirts — stay tuned for next month’s contest where we ask you what the t-shirt should say.)

Because one day down the road an anthology will appear, a collection of my music writing. This piece may or may not make the cut, but last week’s probably will. Anyone want to place bets on the likelihood of ever seeing an Eamonn Forde anthology? Or Ben Beaumont-Thomas? Or Rory fucking Gibb? Enjoy your brief respite from anonymity boys, because it’s all downhill from here. And when that coffin lid gets nailed shut, you will all be well and truly dead.

(I hope they were able to understand that bit of writing.)

Sorry, that was rude. Fact is, I should probably thank these people for proving my point in public. And for free, no less. Yes, mainstream music journalism is morally and ethically bankrupt. And yes, I have the ability and power to negatively affect record sales. Those three writers combined have over 100 times more followers on Twitter than I do (I have exactly 139 followers as of today — I’m at @ScottCreney and I hardly ever post anything except links to my articles) and yet they felt the need to weigh in on this article, to try and stop its momentum in its tracks.

Because here’s the thing about the music industry: it craves ubiquity. The idea that one writer, even one on a website like Collapse Board — a place that, for all its destructive charm, possesses none of the star-making power at these people’s disposal — might criticize their investment, might poke fun at it, or ridicule it, or point out that most music journalists are complicit in promoting it, drives all of them absolutely fucking crazy.

But there’s something more important at the heart of this, a hell of a lot more important than me. If I have this power, then that means anyone can have it. Go express your opinion, especially if it’s different from everyone else’s (exceptions include but are not limited to: racial hatred, pedophile liberation, and puppy torture). Even if you can’t make any money, you can at least have some real and actual fun.

Look, I knew that nobody was ever going to pay me $25,000 to stop writing about music. That’s ONE part of the article that was tongue-in-cheek (the other was Matador selling beef jerky), but I do think it would be a good business move on their part to pay me the money, because I’ve most likely cost them a lot more than that in the time I’ve been writing. But ever since rock music began operating as a full-fledged corporate business (c. 1969 according to R. Meltzer), the people who run it have shouted loudly that music writers don’t matter, even as these people throw around shitloads of money and power to try and ensure that these same insignificant critics don’t write anything negative (or mocking, these people HATE mockery) about their artists, which raises the question: If music criticism doesn’t matter, why bother trying to control it?

So which one is it? Am I important or not? There’s a great line of Everett’s on this subject, “Believe in me and I have power like a God. Quit believing in me and I no longer exist.”

So Sub Pop and Matador, I’m left with no choice but to start deliberately targeting your bands, to mock your (mostly) shitty releases. I’m not going to cheat on this. I won’t deliberately smear something I genuinely love — consider my recent No Age review a gesture of good faith. But your release schedules are going up on my wall.

There’s a point to be proven, you understand. Nothing personal, it’s just business.

17 Responses to It’s Your Funeral, Motherfuckers