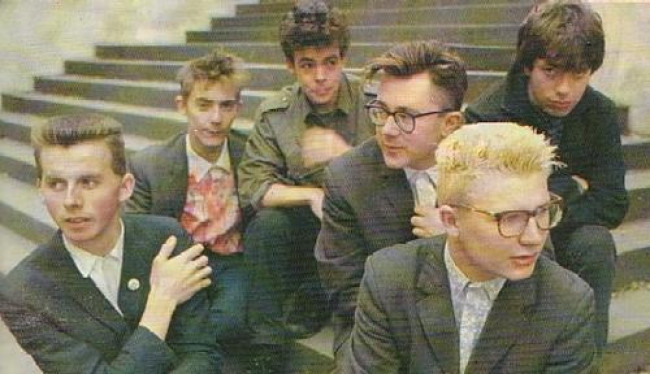 I had heard some new songs from them, thin and reedy and wistful and wastrel.  Tender and melancholy and so fragile, almost not existing.  Last night I dreamed I was living in a futuristic nightmare-scape where everyone’s virtual avatars were real and friendly, conjured out of thin air by scientific sorcery.  I was not allocated one. I nearly missed the cart because they had all forgotten I existed.  We arrived at this giant multi-dimensional skyscraper where dimensions did not exist, neither did air, nor did individual choice.  I found myself in a gigantic, fruitless argument with my guide, an old friend: fruitless because neither of us understood the parameters of each other’s speech.  I was not allowed in, but around me PhD nominees floated, blissful in their variegated and haphazard randomness signifying nothing.  My old friend brought out the big boss lady to apologise to me, and she called me Eric.  I flipped.  I started screaming, but no one could hear me because they had all tripped back into their opium haze.  I ranted and raved about free will, freedom of expression, but no one listened because they were too happy in their stasis.  I asked, “What happens when the happiness stops?”  They looked at the relic.  “What happens if the happiness never stops,” one floated by as I lay there helpless, still uninvited.

My daughter is lying underneath the table right now, performing sorcery, conjuring diversions and happiness out of thin air.  She has her cushion.  I really wanted to see The June Brides play last night but without being there; invisible, unseen, so no one could mark me for being a freak, a fable.  A failure.  Their melancholy wistfulness still resonates with my ‘sound’ memory when I concentrate – it does not need to be too hard – and it felt like a place that maybe I once belonged in.  I wrestled with The Black Demon for over two hours, sometimes sat here tapping away at the computer (nothing, only games of three-minute chess and Magic Piano™), sometimes in the lounge with Charlotte and Isaac watching their happy faces.  I wanted to see them/did not want to leave the indoors.  I wanted to see them/could not picture myself in a scene of belonging.  I wanted to hear them, yes I wanted to hear them.

I wrestled with The Black Demon and for a few brief moments wrestled it aside and leapt out of the sofa, raced to the car.  It was too late.  The band had already started, and there really are no places to park in Brighton centre these days.  I drove around several times and then drove home, a scant 10 minutes out.

Maybe everything is best left to the imagination although… maybe not.

They all dedicate lines to you
Thin lines, easy seen through.
Of course they do to be like others, who
all feel something I won’t pretend just for you
because I’ve never ever wanted anything from you.
Oh, I’ve watched them marry up
their wives and lives with ties and lies,
I’ve seen them fuck infatuation
And call it you so they feel safer
I hope you stay with them forever
Let them sit back and never dream thoughts like mine
‘Love Part One’ – Dexys Midnight Runners