How to respond to a Pitchfork review 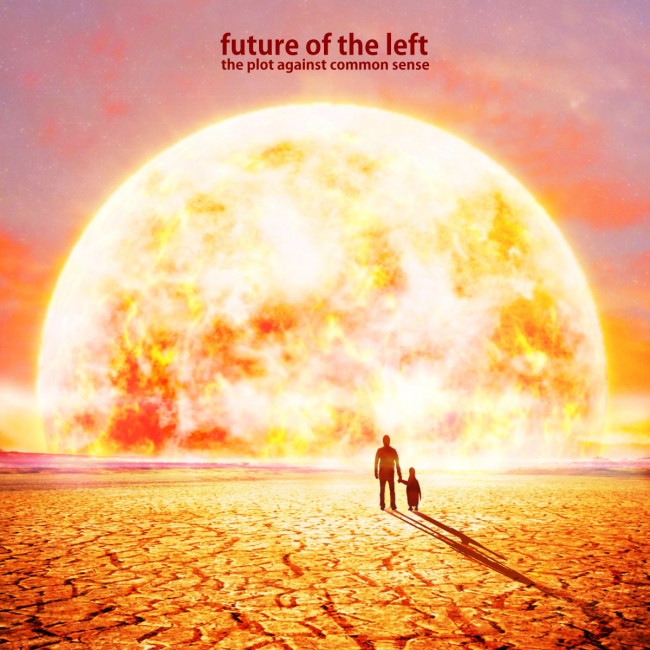 Editor’s note: I was tipped off to this on Facebook by one of our contributors:

How to respond to a Pitchfork review 101. In this lesson, Falco from Future Of The Left destroys Pitchfork’s Ian Cohen.

Lucid, informed, motivated … I wish more music critics were like this. The following is reprinted with permission.

Here’s a link to the original Pitchfork review.

based on a novel of the same name

A pre-script – rebuttals of unfavourable album reviews are lame, self-serving and immature – this one is no different. Cries of bias, confusion and vanilla lack of taste are every day and I care for them not a fuck. But sometimes, one-times, a man may feel compelled to stand up (or sit, in my case) against what he feels is a great injustice and exhibit his right to reply – well, this is my time and I hope it’s not my last because, to be quite honest, I’ve really enjoyed it. Please read whilst accepting the implicit understanding that any forum-based comments of the nature of ‘if you can’t take the criticism then don’t release the record’ are even more passé than this piece itself which is to say – very passé indeed.

Oh … it has moving pictorials and everything – quite lovely!

It must indeed be tough to attempt to write from the perspective of the anti-corporate outsider when you are, apart from the mastering engineer (Sean, who did a really good job) probably (*2) the first person involved in the whole process of making and releasing the album to get paid because of it’s existence. Following your lead, I’m going to let that one ‘sink in’.

Now we’ve summed up, albeit with a tenuous nod to reality, the sound of the album, it’s probably time to move onto the other aesthetic signifiers of the record in order to establish our burgeoning theorem more thoroughly …

‘… what about the cover and the goddamn title of The Plot Against Common Sense? What in god’s name is the author of “Fuck This Band” doing stealing ideas from unpublished John Stossel books?’

I can only assume that ‘John Stossel’ is the kind of peculiarly North American reference that pervades the reviews which sit about websites of this type, acting as smug and impenetrable signifiers of absolutely nothing at all. I, the ‘author’, googled ‘Mr Stossel’ and can find no absolute evidence of a monopoly of commonsense on his part let alone any indication that he and I could agree that the term has any unified or even loosely defined meaning. I do, however, detect the ascribing to us of the safe, conservative values which are exhibited far more freely within your own work and again, applaud you for attempting to deal with your complicity and guilt in such a public forum.

As for the cover, well, there’s a penguin on it you stupid cunt.

On ‘robocop 4 – fuck off robocop’ (incidentally, for the cynical and/or interested reader I post a live video recorded at a guitar shop of the song near the end of this response, complete with full lyrics) we will simply have to agree to disagree. However, if it is truly amongst the worst songs of the year then I am a giant bat and Pitchfork a cave into which I will shit golden effigies of your face.

Sorry – too much ginger beer.

In twelve years of releasing records I have only twice felt compelled to respond, privately in those cases, and was reasonably set on a similarly benign course until two bells (figuratively speaking) resonated in the heart of the sodden internet. Firstly, obviously satisfied with the ebb and cod-ebb of your piece you tweeted a link to the review. In fine repose you sat, and introduced ‘I suppose the problem is that most touring funk bands had to get sober’. Well, I see you that and raise you ‘I suppose the problem is that Ian Cohen is effectively reviewing an album from ten years ago by a band that no longer exists. His burning nostalgia for a lost teenage love has been replaced by an uncontrollable hatred for her and her new, happy life even though she went to college (Masters in Ancient History, specialising in the early to mid Roman Republic) and grew into those tits like you wouldn’t believe. In fact, he hates her so hard (yet helplessly) that he once applied for a Visa card in her name, badly, in order to somehow affect her credit rating and thus deny her the home she had dreamed about for so many years’.

Secondly, and rather more importantly, I was browsing a forum I occasionally visit today, a one filled with gen-u-ine music fans, the kind who wouldn’t be easily swayed by invective, praise or otherwise, when I came upon the following quote in a discussion of this review –

‘Still looking forward to the album, but some of those lyrics he quotes are pretty shocking. Pitchfork in well written review shocker.’

Influence laid bare, I think. A comment made in good(ish) faith on the basis of two whole quoted lines and several calamitous misinterpretations, which you’ll remember that we covered in an earlier, simple module. The opposite of the truth – a construct on which to hang a glib hypothesis. I can honestly say that, whatever you think of the music, that the lyrics on ‘the plot against common sense’ are the best I’ve written (and yes – in either band) by a factor of FUCK LOADS(*4). And Ian, I don’t address that last sentence to you, I address it to anybody with the good grace and faith to describe themselves as a ‘fan’ in as much as they trust that we love our band and know exactly what we are doing even when it doesn’t tally exactly with their tastes.

Sadly, (or not as the case may be) I suppose that this group of people does not include you but, hey, we both need to be comfortable with this. I am – are you? It’s like we’ve reached the end of a line, you and I … a line we walked together when I never even knew that you existed. I’m sorry. I hope you find solace in the ten-year anniversary re-release.

ps. In reference to a couple of songs you say that I can ‘barely muster the effort’, implying, I suppose, that my heart really isn’t in the whole enterprise. Let me assure you, in the strongest possible terms, that it is.

pps. Oh, and I’m sorry that you feel so much regret for buying those Bad Religion records – that’s too bad. Still when the relevance of this tragic tale to our new album crops up, give me a shout, yeah?

(*2) I use the word ‘probably’ because I only assume that you are paid for your work, such as it is.

(*3) and who in the name of clunking fuck chooses Alcoholics Annonymous as a target? You really must try harder if you want to set me up as your ‘lunkhead’. Try and write more realistic characters, for a start.

jaws?
jaws2?
more jaws?
or jaws rebooted?
please – let’s take a second to think about a future
state
of love
and bliss
brought to you by
wish lists
of eight year old boys who only crave explosions
why?
well
being eight
they have an excuse –
they are eight!
and giant robots cannot distract them from their fate

hey!
relax!
NO-ONE DIED!
in fact- they left improved
if Michael Bay wants a bigger house, let’s help him
art?
ha!
where you from?
where you been?
he said –
I went to Cannes once and and really did not have much
fun
why?
well
being French
they talk too much
and all those pages of subtitles kept getting stuck

25 Responses to How to respond to a Pitchfork review