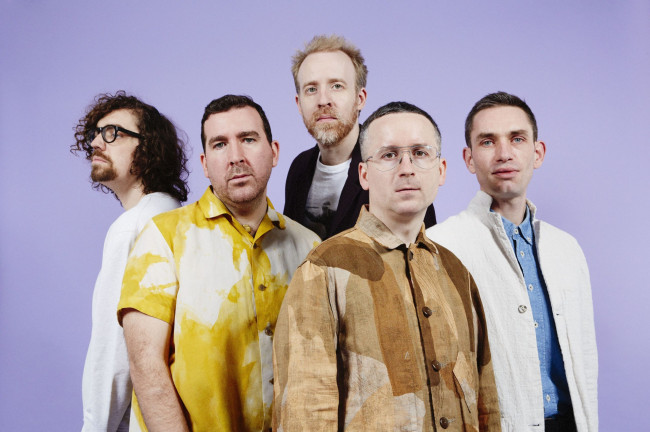 The thing that’s really impressive about Hot Chip is the depths to which they can plumb their own sound. You go to their show – perhaps on a chilly March evening at The Forum in Melbourne – expecting a multitude of things. Maybe a detached Kraftwerk-esque display; perhaps a glorified DJ set, or possibly poppier interpretations of their 20-some years of work. Turns out that all of those things are true, multiple needles that Hot Chip manage to thread, and you realise that you probably don’t perform for 20 years as a group without getting extremely fucking good at it.

Between the rollicking almost-dance punk of “Over and Over” to live covers of William Onyeabor’s afro-beat “Good Name” and Beastie Boys’ “Sabotage”, Hot Chip prove that their adaptability basically knows no bounds. They’ve always been subversive in their approach to themes and genre, but the agility with which they shape and re-shape the tone of their performance across each song is effortless, never once getting bogged down in ‘the slow bit of the set’ or ‘the strange instrumental interlude which goes for too long’. I guess it also helps that they’ve got a reliable grab-bag of infectious house tracks like “Hungry Child” and “I Feel Better”.

Hot Chip live isn’t just a display of mastery of any remotely-dance adjacent genre, it’s also one where the band never forgets that they’re also ostensibly there to entertain. Keyboardist (at least, most of the time) Owen Clarke hops from foot to foot the entire time – scooting around the stage while he waits for his next musical contribution, climbing up to the stage’s second level (home to the drummer Leo Taylor, multi-instrumentalist Rob Smoughton and Felix Martin, who remains stationary behind his programming board for the whole set) to do a kind of hopping-wave dance.

This isn’t the kind of performance that fails to penetrate beyond the main standing area either, the entire audience, up into the stepped area and along the ramps of the Forum may as well have been a single mass. Hot Chip dominated the whole space, and provided one of the best dance performances I’ve seen in years.