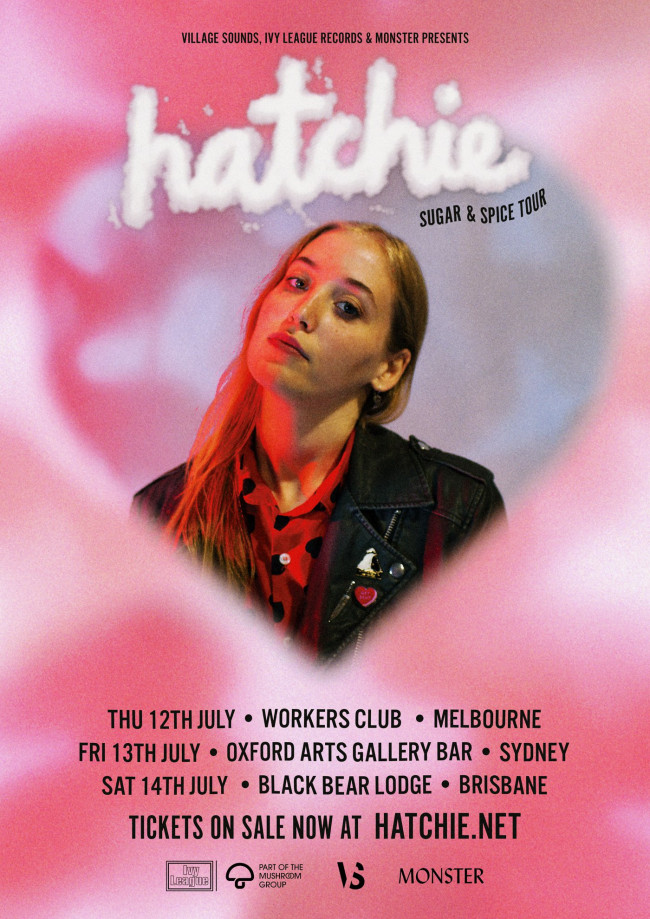 When Harriette Pilbeam released her first single something happened. Nestled in out-of-the-way Brisbane, ‘Try’ caught ears. More than a few were in far-off places.

From here Hatchie built a natural kind of momentum. An excitement that can’t be spun. The kind of feeling all the well-connected management or pre-existent reputation can’t buy.

Here, tonight, Harriette’s show is sold out. Which is no lean feat. The amount of times this artist has played on her home turf can still be counted on two hands. Yet many here tonight have bought in. They’ve connected with the music. If Hatchie represents anything right now it’s just how far a good song travels.

Her musical personality is simple. Harriette always loved pop lyrics and melodies. Noisy guitars too. Even if the posturing fretheads won’t admit it, shoegaze always folded easily into pop. This artist saw connections past jealously guarded borders and decided to bring them together something her own.

To great effect. Debut EP Sugar & Spice dropped with acclaim. Talking heads drew comparisons to the Cocteau Twins but she cuts it her own way. It’s definitely on the brighter side, she smiles when she sings.

It’s packed. ‘Sugar & Spice’ arrives drunk on a warm buzz. ‘Sure’ is similarly ecstatic. Its followed by a cover of Sheryl Crow. HP is obviously the central focus, but the band is slick. They play well together.

‘Try’ closes. Blaring out live its strengths are obvious. More than a good mix and familiar hook, there’s space for sing-along breaks and licence to jump. A number indulge.

Rock or pop it all beats with the same heart. Where it all goes – whether Hatchie refines or expands – imagination can lead the way. Not all bands arrive so close to fully formed but this one has. It’s an exciting thing.