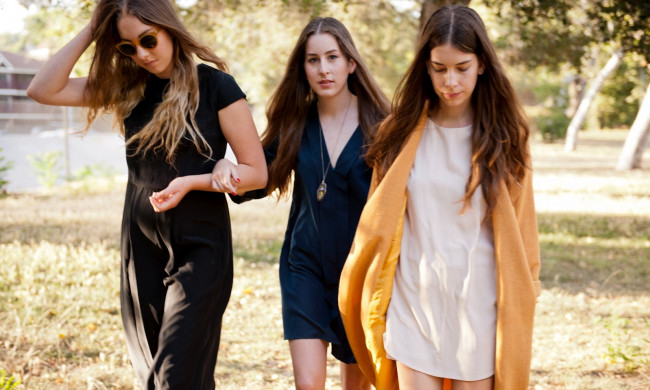 You miss the point, if you think this is a reignition of the old ‘pop vs rock’ debate. (Scott’s written far worse criticism of near most all the cherished ‘buzz’ indie bands of recent years, for example.)

Far as I read it, Scott had one main criticism of the Haim album.

I too think there is often something inherently sexist and snobbish when ‘indie’ fans express a dislike for ‘pop’ bands. However, I don’t think this is one of these occasions. (Not that you’ve accused him of sexism, but you are by inference accusing him of elitism for not automatically liking all ‘pop’.)

How fortunate that so many rock critics have discovered the latent love for pop music that always laid deep within, just at a time when it’s been proven that you will not get work if your music criticism does not attract the requisite number of hits in web 2.0. And what are folk more likely to read about? A mild ‘controversy’ around Haim and Miley Cyrus, or a 2,000 word rave about the new The Garbage & The Flowers reissue?

An interesting volte face for the field of music criticism, I’m sure you agree – from opinion-leaders and gate-keepers to mainstream cheerleaders, there to reassure EVERYONE (but especially those who like those in the popular eye) that their taste is just as valid as everyone else’s.

Of course, the rockists at magazines like MOJO, SPIN, Q Magazine, Rolling Stone et al – needed taking down however many pegs they wrongly claimed for themselves. But the pendulum has now swung so extreme the other way that it now seems you’re not allowed to criticise certain genres of music – ‘pop’, for example – without being called rockist or sexist or (shudder) elitist. Hmmm. They do say that interpretation often says more about the person doing the interpreting than the original song, or article, or work of art.

Quite why certain U.K. mainstream music critics find themselves so riled by the writing of Scott Creney and also Neil Kulkarni – to my mind, two of the finest U.S/U.K music critics around – is a conversation for another time.

I’ve written this email after having just driven 15 hours back to Brisbane from Sydney, so you’ll need to excuse me if it jumps around a bit: but I’ve been thinking about this for most of the way – inspired yesterday by various provocative Tweets calling Scott’s article ‘sexist’ – something which it clearly isn’t. (Man, the irony of having a MOJO editor accuse Collapse Board of gender imbalance!) Perhaps it’s simple transference. These folk see a ton of misogynistic shit about the likes of Haim, that they (quite rightly) find themselves enraged by, and then attempt to pin the blame on the first negative reviewer around.

Unfortunate, in this case.

As is the norm these days, wherein every personal conversation is considered important enough to hold in public, I will of course be publishing this email on Collapse Board. Heavily edited.

Anyway. Appreciated your blog. Thoughtful as always, even if you have misread Scott.

All the best,
Everett

51 Responses to Haim | An open letter to Christopher R. Weingarten