Fun to be had: YACHT’s sex tape stunt and the Internet hive mind 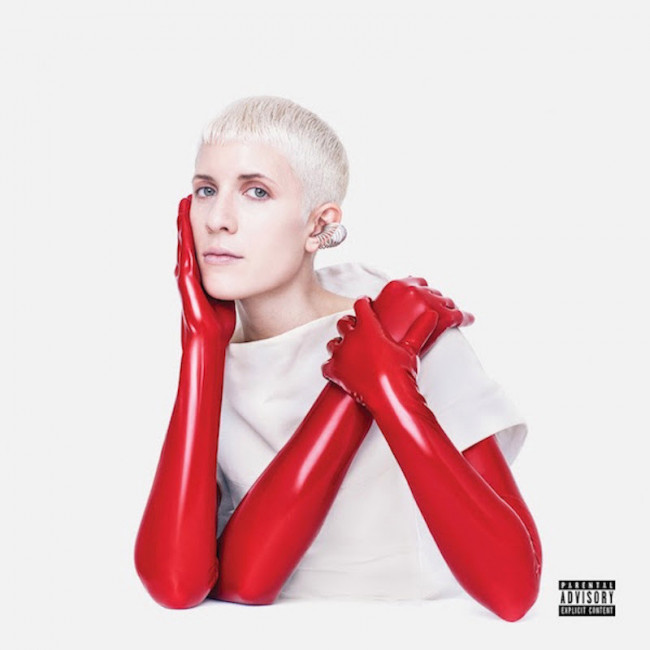 No one likes to be had.

But everyone likes to be quick: quick to know, quick to judge, quick to react. This is why, as they say, there’s one born every minute.

If you like quick, you’ll love the Internet. But the Internet doesn’t satisfy these desires; it accelerates them. The desire to know is stretched into credulity and twisted into prurience. The need to judge is rushed into shallowness (witness the inane ‘hot takes’ on Radiohead’s new album, including good old fashioned vox pops) and pressured into uniformity (ignorance of a new Beyoncé release is intolerable, let alone actual criticism). The urge to react is intensified and multiplied so that any response, from sympathy to anger, is hammered until white hot.

This is the sort of thing that artists play with. And that’s what YACHT did this week, with a stunt involving a “leaked sex tape”. But the reaction was even more intense than they expected – if you believe them.

Albums like I Believe In You, Your Magic Is Real and See Mystery Lights explored themes of belief and magic in the modern, pop-drenched world. Leaving skepticism to the scientists, YACHT’s art took a more playful approach. For years their website proclaimed with apparent earnestness, “YACHT IS NOT A CULT”. Yet the merchandise at their shows included pamphlets of the kind found at esoteric bookshops, about the power of triangles. You didn’t know where you stood. It was impossible to be quick, and it was fun to be had. On the albums Utopia and I Thought The Future Would Be Cooler, Claire’s interest in science and technological culture came increasingly to the fore. After all, hasn’t magic been eclipsed by science and haven’t technology and popular culture become the same thing?

Which brings us to this week’s scandal.

On Monday the 9th of May, YACHT’s Facebook followers were presented with a block of text and a “…See more” that screamed: Big Statement. The post pressed some hot buttons, starting with the struggle of “mid-level” artists and their love for their loyal fans before moving on to the real story: a sex tape made by Jonah and Claire had been leaked. How could they; our privacy; “art we made for us and us alone” (!), etc. The duo implored their loyal fans not to breach their trust. They laid it on thick, even warning that their “tastes in the bedroom might seem uncommon to some, and possibly off-putting” (!!) – surely too good to be true? The real kicker came in a comment on the post. The band was overwhelmed by everyone’s support. “Since this happened we’ve been researching sex tapes”. Oh yeah? “We’re not as savvy as the Kardashians” – (!!!) – “but something occurred to us this morning: we could try and distribute the video directly to you ourselves. Lemonade?” They linked to a website, http://fuck.teamyacht.com (!!!!), where “if you feel like you 100% have to see this tape” you could download it with a payment to these struggling, mid-level artists.

YACHT were addressing the same themes they’ve presented in their art for a decade, but seriously dialling up the uncomfortable blurring of art and reality, with surprising levels of emotion and uncertainty, offset with some winking details. But that sort of subtlety gets lots in the quickly credulous, quickly reacting Internet. The comments thread ballooned with the sincere sympathy of emotional fans. Fuck those guys; we love you; we wouldn’t dream, etc.

I screen-shotted the post and sent it to a few friends, saying: “Not sure if prank, disingenuous money scheme, or…?” To be honest, I was unsure. Deliciously so, to be honest. Then I clicked on the link. The site had crashed. (Point well-made, YACHT.) I checked again after breakfast and the site, now working, included a button seeking confirmation the viewer was 18+ (click) before a second button asking for credit card payment (meh). During my commute I noticed the usual suspects picking up the story: first the Fader, then Pitchfork, and so on. Each ran a credulous or at least matter-of-fact news story about the leak – alongside a link to the video download site. (Point well-made, YACHT.)

By the end of the day, the story had blown up and changed completely. Someone had given the game away (a moral leak?): it was a stunt, the video on the website was just the couple fooling around to promote their new music video – and the Internet had turned on YACHT. They had lied to their fans. They were making light of a terrible subject. (On the plus side, a social media stunt had backfired, which always makes the Internet’s day.) The buzz reached the point where you could talk about it without mentioning it directly. EMA, an artist who handles similar themes but in more portentous tones (an equally fruitful approach) posted: “to my fans: i know i’m not the best at sharing lots of stuff but please know i would never lie to you.” Kim Kardashian tweeted: “Super random but I hate when people put out fake stories to sell their products.” YACHT put out a statement. They were sorry for lying and no one’s card had been charged. But that statement can’t be linked here, because it’s been deleted.

Today, YACHT put out a second statement, apologising among other things for their first, “shitty non-apology”. They are really sorry. The comments thread is ballooning more earnestly than ever, with many identifying themselves as “a former fan” and a great many more jumping on board for, apparently, the hell of it: “I’ve never listened to you and now I never will but…”. The uniformity of the reaction is striking, especially when juxtaposed with the equally uniform reaction to their first post that started it all. (Point well-made, YACHT?) The band’s statement also finally reveals the actual music video they are promoting: the wonderfully named, ‘I Wanna Fuck You Til I’m Dead’, which they have also posted on PornHub in keeping with their original plan.

One buzz-word among the reactions is “revenge porn”. That ugly phrase usually refers to the ugly practice in which one lover publishes a sex tape made in privacy, to spite another lover. To conflate that with the leak of a celebrity sex tape by some third party who was never in the intimate relationship would seem to miss an important point – especially if said ‘celebrities’ have jujitsued the leak for profit. But a lot of people seem to have missed that point, not to mention the joke. (Speaking of jokes, where are all the people who said they were “Charlie”? In the pursuit of humour and art, is faking the leak of a celebrity sex tape worse than vilifying a quarter of the world’s population? Hot tip YACHT: for your next stunt, fake a bomb.) The phrase “beyond the pale” is a telling one. The speaker is admitting that they are unable to distinguish anything beyond a certain point. “I don’t like a and I don’t like b, therefore a and b are equal”. That’s a way of thinking common to both wowsers and bigots. It’s also quick.

It could be that YACHT’s stunt hurts some people who have suffered from revenge porn, or something like it. If so, that’s real. Let’s not be smart arses or pedants. If you hurt someone, you stop and apologise, as YACHT have done. Perhaps the stunt belittled, more generally, the suffering of such victims and the gravity of such crimes – and this seems to be at the core of YACHT’s second, heartfelt apology. They didn’t countenance that it would be received that way, but it was, and that’s what counts. And of course, they did toy with the very real emotions of their own fans – or “supporters” as they were positioned incisively in the crowdfunding aspect of this stunt – although that’s been a part of pop music since at least the deaths of Paul McCartney and Ziggy Stardust.

But how did YACHT’s stunt get beyond their (usually?) in-on-the-joke audience in the first place? Wasn’t it the Internet hive mind’s hunger for quick knowledge, quick judgment and quick reactions that blew this thing up and made sure it wasn’t chewed before it was swallowed, and wasn’t digested before it was regurgitated? The same hive mind that is now wagging one finger while typing, clicking and counting with the rest – and quickly? And isn’t that exactly what YACHT were commenting on in the first place? Still, even they were surprised by the results.

If you believe them.