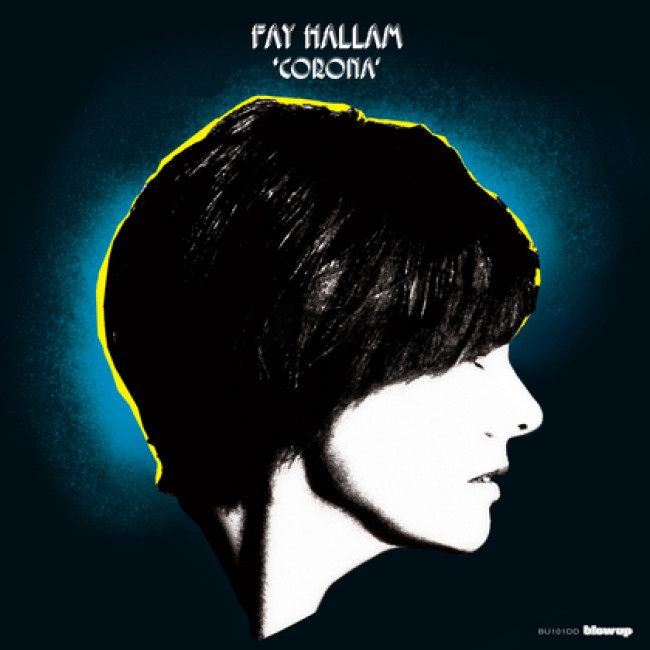 Following a recent collaboration with The Bongolian, Fay Hallam’s Corona offers a softer, more intimate sound to her discography. Being a big enthusiast of Brazilian MPB and Bossa Nova, I appreciate Fay Hallam’s efforts to pay homage to the sound that helped to define popular music of the 1960’s.

I am always weary when artists attempt to recreate a sound that preceded them, and much of the time the success is dependent on the attention to detail of the producer, who in this case is Fay Hallam herself. The first track “Se Mi Ami” is recognizable as a Bossa Nova tune, but the production compresses the sound so much that it borders on muzak. The timing doesn’t swing, there is clear use of Midi Bass and strings, and it doesn’t offer the lush majestic sound pioneered by that producers and musicians that inspired her.

It comes off more as a parody of bossa nova than authentic, and can be felt on all of the tracks that try to emulate the sound, which is unfortunately more than half of the album. Fortunately some of these missteps can be forgiven by Fay’s voice, which has a sultry, atmospheric quality that paints a unique color over every track, and at least on this album was very reminiscent of Sade (just listen to “Hang on to Your Love” or “Smooth Operator” and you’ll see what I’m talking about).

I think that the production style is consistent for the majority of the album which, although fairly eclectic, doesn’t quite hit the mark much of the time and has a sound that feels sterile, especially on the bossa tracks. There are definitely some highlights like “1000 Blue Ribbons” which is both haunting and lyrically transcendent, and “Without A Smile”, a somber track which slowly builds on itself to several emotional crescendos and is the best example of the dynamism of Fay Hallam’s voice. As a producer, Fay Hallam would benefit from erring more on the side of fusion as she did on her previous effort, taking inspirations and implementing more stylistic choices that define her own unique musicality; the strongest moments of “Corona” come on the compositions that veer from the nostalgic theme of the album. What she has been able to achieve as a producer and arranger is impressive, but at least on this effort her ambitions seemed to be diminished by her resources. I think that there is a better album hidden here that could be liberated by a more capable producer or perhaps a bigger budget that would allow for more organic arrangements, and a more nuanced mix.

Corona is an uneven effort, but shows signs of promise. I think that Fay Hallam has a bright future as an artist, and I look forward to seeing how she continues to develop and hone her style on her future efforts.

*If you’re interested in hearing a classic Bossa Nova album, take a listen to Elis & Tom, which is unequivocally the quintessential one.