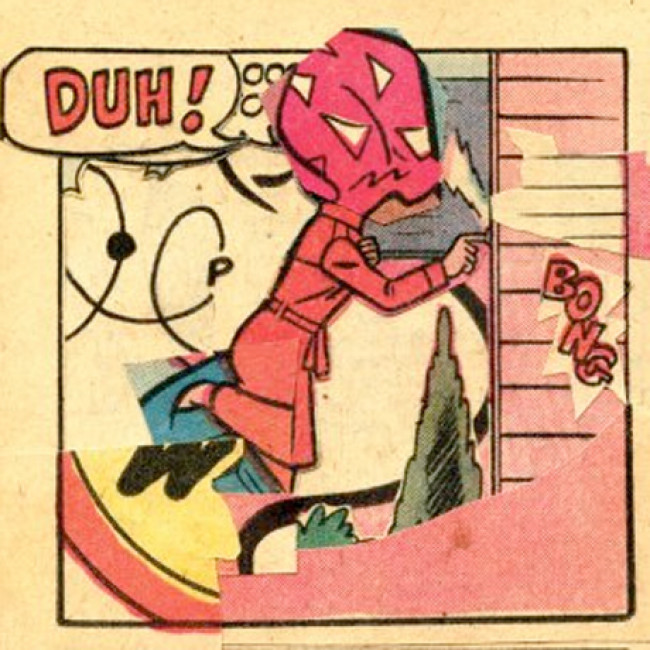 I did take the reins on the “Song of the Day” feature, but now that Everett’s “returned” at least 91 times now, I officially relinquish the title. Go on. Take it back. Stop returning already. You’re fucking HERE.

Besides, I’ve decided now that my role is to consider the whole rather than a sliver. Songs disappoint. I can wrap my head around the space between songs much more than just one. The worth of an artist rests not on a single track, but how that track lives and breathes with its kin.

That said, I’ve been caught in this web of an EP for weeks now and can’t break free.

No, I didn’t know who Eric Copeland was, at least not until I heard this befuddler. I’m snared in “A1EZOK” now, and it’s like playing three or four SNES games at the same time while running a giant hamster wheel inside of a drained fish tank.

There are probably more appropriate touchstones in music I should draw on, but never mind – this is somewhere between Mario Paint (such a hummable theme song for clicking and dragging dots into shapes or watching paint crawl across the screen from a smiling brush) and Earthbound (neighborhood kids with psychic powers fight brainwashed animals, objects and humans in shifting psychedelic battlegrounds and with insanely catchy bass-driven sci-fi bebop).

“A1EZOK” provides enough cerebral jigsaw madness to stew over for hours, but then you have “Scum of the Cream”, a tracksuit-and-boombox kind of jam with a cowbell jive and that gloopy low-end sound, and the “work your jet set” grumble groove that only makes perfect sense as head-knocking rhythm.

Rhythm, indeed, anchors these pulpy collages from drifting into tumbled tangles – though even the rhythms are Frankensteins in themselves. And it’s GLORIOUS. Like in “Ms. Pretzel”, Copeland strings together pattering hand drums with precise drum machine chops and cheap synth riffs. On “SXIXO”, a shuffling beat crashes head-on with a standard boom-tat which sounds entirely off-beat – it probably isn’t, but the collision throws me off every time.

Apparently this is Copeland’s schtick. Consider me a convert, then. I can’t say I’ve heard such a colorful, convoluted weave that also bobs my head and sets my toes a-tapping. See here, if you hear me moan about bands not breaking new ground (which I might do soon – heads up), it’s cos I’m chewing on puzzles like this.

Head here to buy this sucker.