Demo of the Week: Funsuck 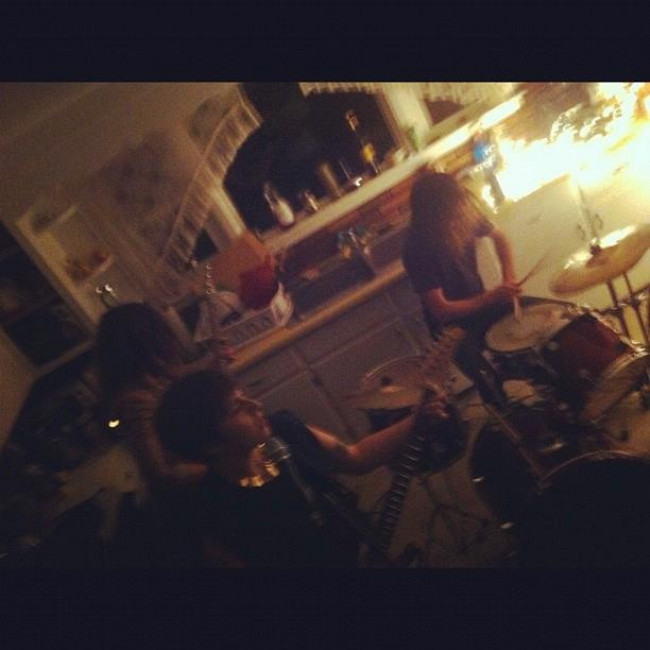 I’m a week away from moving to Portland (the one in Oregon, not the one in Maine) after having spent the past eight years in Northampton, Massachusetts & maybe I’m projecting my growing wanderlust on my local Western Mass friends Funsuck, but their take on trashed out, no-fidelity punk with snotty & sneering vocals immediately made me think of all of the great early female-fronted punk bands of the Pacific Northwest, particularly the Neo Boys & the Dishrags. The fact that they covered ‘Tragedy’ by the Wipers when I saw them for the first time back in January might have contributed to the geographic conflation, too – unfortunately, the Wipers cover isn’t on this tape, so you’ll just have to use your imagination.

What you DO get on the tape (or digital download, if that’s more your speed): Guitarist/vocalist Rebecca ripping into some serious Greg Sage by-way-of Bikini Kill shredding over crash & burn drums & dark, moody post-punk bass. Sometimes it sounds like it’s all on the verge of falling apart at any moment, but that’s all part of the giddy rush. There’s not a single song over three minutes, which includes their minute-long rager about how lame Brooklyn is, brilliantly titled ‘Brooklyn Sux (My Butt)’. It’s total sloppy, reckless fun spit out from the basements of small-town New England in the best ’79-meets-’91-meets-’13 kind of way. I’m going to miss them like hell when I’m on the opposite coast.