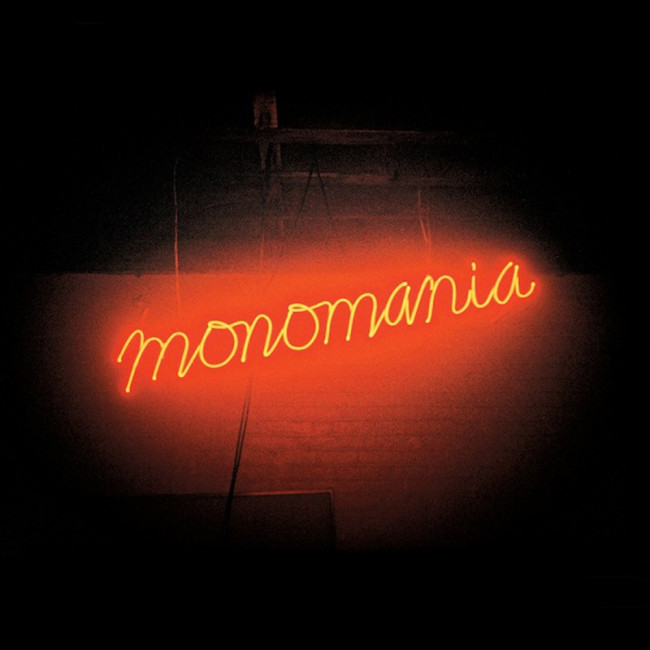 Deerhunter’s been bugging me for years. Same with Atlas Sound. It’s not what you think — I don’t think the music’s terrible, and I don’t mind Bradford Cox’s occasional tantrum. In fact, I respect him for saying what he thinks. It’s refreshing for someone in the indie world, to say nothing of the P4K perennial BNM club, to have actual, you know, opinions and ideas about something beyond their fucking career.

Here’s the thing. With every single Deerhunter/Atlas record, there’s been something that grabbed me, a song or two that sounded superfine and made me get excited. But every album — and we’re talking EVERY SINGLE FUCKING ALBUM — usually ends up boring me. I give it a couple listens. And then a couple more because I’m sure I must be missing something, that if I just give it enough time it will grow on me. Then it doesn’t and it gets filed away with a shrug.

But then I’ll hear a song pop up on my iPod while it’s doing the shuffle thing. I’ll wonder what it is because it sounds pretty cool and I don’t remember it, and surely I’d remember something that sounds so cool. So I go over and look, and lo and behold it’s Deerhunter. Well that’s it, I figure. Obviously I need to go back and listen to this album (this has happened with pretty much all of them). But when I listen I end up getting bored all over again.

This has been playing itself out since I first bought Cryptograms (at a pre-release show right here in Athens, if you must know), so we’re talking — what? — six years now. So it’s no wonder that sometimes, if I’m in a dark mood, I’ll find all kinds of shitty things about Deerhunter. There’s nothing more frustrating than unfulfilled potential. And the discography of Bradford Cox is fucking crawling with it.

Eventually, I arrived at a theory: It’s because he’s only influenced by music. They’re great influences, but all I hear in his music is stuff that sounds like stuff that I like the sounds of. There’s no poetry, no paint, no visuals, no detail in Cox’s lyrics. Too many signifiers, not enough signifying.

But that wasn’t quite it. And then I thought well maybe there just aren’t enough hooks, enough melody. But that’s not it either. I mean, you can make a compelling case that song-wise Deerhunter is no Abba, that sound-wise they’re no Can, that they aren’t a whole lot of fun to dance to, that Cox has never written a lyric that stopped me in tracks, that made me reconsider my place in the universe, but like, neither does Cults. I had no problem liking that album.

Maybe it’s because Deerhunter always promises so much that I end up inevitably disappointed. How can a passionate frontperson bursting with ideas and an explosive band fascinated with sound end up making me bored? Is it them or is it me?

And if the band is critically acclaimed, if they sell records, if people like them, then the problem must be me, right?

No wonder I fucking hate them. I actually wrote an entire review of the last Atlas Sound album, but didn’t send it in because I still wasn’t sure how I felt about the record. Here’s some relevant excerpts:

It’s like we got matched together on a computer dating service — everything in common, but no kind of spark.

Every criticism I make feels like it’s unfair. This is a guy who isn’t afraid to be a mess — in music or in his interviews. He puts himself out there as much as anyone these days. He has impeccable taste — that is to say, he and I worship at similar musical altars.

A distinct lack of personality in his singing, a vague, floating disquiet that’s never really connected with me, for reasons I can’t understand. It all sounds so easy for him — the melodies, the textures. There’s loads of struggle being talked about in the lyrics, but very little struggle in the music itself. But how can I say that about someone who practically eviscerates himself on the stage? What the fuck do I want from the guy, anyway?

So this struggle with Bradford Cox’s music has been going on for a while. Maybe it’s because he’s always been good, in all kinds of different ways, but he’s never been great. Maybe I could make a great compilation, picking and choosing the most brilliant songs, but then maybe that would be boring too.

So finally we get to Monomania. For what it’s worth, I think it’s the best Deerhunter album yet. It’s the most focused, most consistent record Bradford Cox has ever made. I’m still a little rankled and pissed, because I don’t like praising records for their focus and consistency — makes me feel like I’m in a corporate boardroom or something.

Or maybe it’s just more generous with the hooks (‘The Missing’ is a melodic gem, like McCartney levels of melody). Maybe it’s just that simple.

And music matters because, in my experience, Cox’s lyrics are — when they’re not made inaudible through layers of effects — pretty banal, your basic first person- here’s-where-I’m-at-these-days-type language. So a line like ”Ever since I was born/I’ve been so forlorn (from ‘T.H.M.’) only works if you think he’s being tongue-in-cheek, that it’s like some kind of meta-lyric, aware of its own blandness, one of those cases where the artist has been through the struggle of trying to wring the profoundest meanings out of language and life only to find that sometimes the simplest truths mean the most.

I don’t think that’s happening here. But you know what? I like the song anyway… because it brings the hooks, because there’s a swagger, a presence that I’ve never heard in their music before.

‘Sleepwalking’ is even better, and its lyrics are almost Noel Gallagher-like in their insipidity. You’re flying now but you’ll come back down/Land with both your feet on the ground and you look around/You look around… I’ve been looking for some harmonies/Some words to sing that could really breathe.

So when a concrete image comes along like “I’m a blue light, I’m a crippled coward shining out in the night” it almost stops you in your tracks, not because it’s the greatest line ever written, but it’s so rare for Cox to sing anything that even aspires to original (also, dig the way he spits out the words “crippled” and “coward” — the way he rolls the c’s around in his throat before he lets them go).

I don’t want to keep harping on the lyrics, but I think it’s important to note that sometimes you don’t have to be deep to be deep. Language doesn’t have to be moving to move. Monomania abounds with clichés — rain falls in sheets, a woman “takes another man” — but it grabs a hold of me in a way that no other Deerhunter/Atlas Sound album ever has. All music lives and dies on the strength of its music; that’s why they don’t call it words.

‘Monomania’ may be the best song he’s ever done (and check out the cool ‘No. 13 Baby’-ish extended ending), and that one’s got a verse that goes:

See, I wasn’t kidding about the Noel Gallagher comparison. But the song itself is incredible, with an ending that spins from obsession into chaos into disintegration. For a guy who’s spent much of his vocal life screaming or dreaming, I’ve never heard Bradford Cox sing with as much passion, as much life, as much confidence, as he does here (that word confidence is another of those things I hate praising, but with BC it feels like a good thing). And maybe that’s all I needed — a few more hooks and a little bit of actual presence in the singing. Go and listen to ‘Dream Captain’. It sounds like Bradford Cox is having the time of his life.

Fuck it. I think this album’s great — the best thing they’ve ever done — and  I’m really curious to see what other people say about it. This is the fifth Deerhunter album (depending on how you count it), and when you add three Atlas Sound records into the mix (again, depending on how you count them — at the very least the guy’s prolific), there’s always the possibility that consumer fatigue will eventually set in and people will stop paying close enough attention to notice just how good this one really is. But this is the first Deerhunter album that’s rewarded repeat listens as anything more than cool textures and sounds. And it’s still got shitloads of great textures and sounds.

So yeah, that compilation album — their Standing On A Beach, their Catching Up With Deerhunter, is going to absolutely rule. In fact, all the indie comps 20 years from now of this period are probably going to be good enough to fool the next generation into thinking this was a golden age for indie music.

And who knows, maybe they’ll be right. After all, Mudhoney never made a great album start-to-finish either. Come to think of it, neither did Superchunk, or Babes In Toyland, or Archers Of Loaf, or — you get the idea.

I’m off to go listen to the new Deerhunter album again. It’s even better than you think it is.