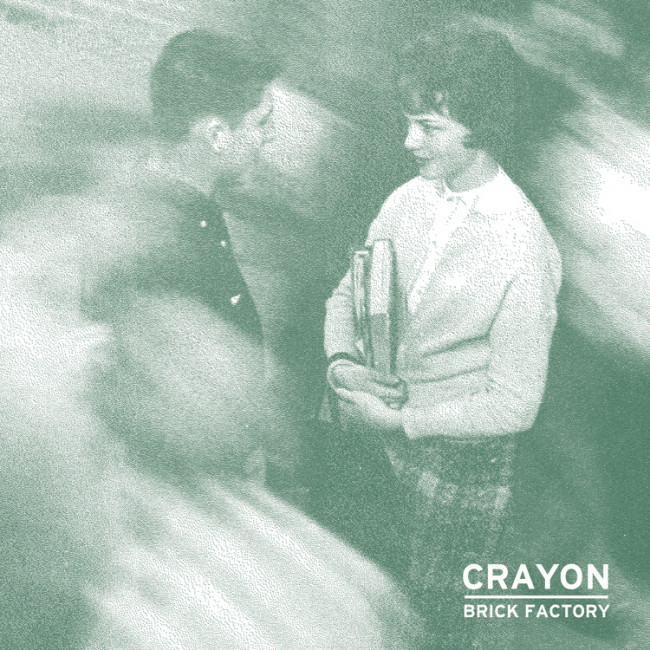 I regret not knowing about so much music when I was growing up. For instance – where was Kraftwerk when I was younger, when I could wander down the Autobahn and invent some elaborate fantasy plot on the spot? Why did I never tap into the teenage rebellion of Nirvana (In Utero, to be exact) until I was 21 and a foreigner in Wales? And why, oh why, did I never take the 35-minute trip to Athens, not once in the seven years that I could legally drive, until I was 24 and a foreigner in my own damn country?

I’ll always be behind on the music front, methinks – but hey, maybe YOU’VE never heard of Crayon, either. Good. That levels the playground, then.

We could use relative terms and track down the cubbyhole that Brick Factory huddled in 21 years ago – pre-Tullycraft, parallel with Nirvana, post-Pastels, y’know how it goes. Or we can think in terms of how badly I wish I had met Crayon a decade ago, when I was even more awkward than I am now.

I knew nothing about grunge, nothing about punk, not even a smidgeon about new wave because the RAWK world of machismo war lords and prog gods frowns upon those Euro-peein’ sissies. Oy. How different the world would have been if I knew that some kids couldn’t sing to save their lives, and may have thrown up right there on stage. OR that some bands formed in defense against the meanies of the world, against the handsome schmucks that had no trouble with girls or talking in general.

Crayon owned that turf that many of us struggled in as kids. And it’s OK – they’re on our team. Brick Factory is our home base. Brad Roberts is our team captain – but only because he pouted and whined for the spot, and only Joe Jack Talcum could throw a more endearing tantrum.

Oh, this LP. So wonderfully weird and bratty, so loud and crude. How, how, indeed can the silly verses of “Chutes and Ladders” collide with such spiky thrashness and sound so lovely? (I’ve said this before haven’t I? Yes, for Fly Ashtray – huzzah!) How could anyone trump the Pixies for grin-inducing catchiness, for simple dubious bass and hummable melody (“Snap-Tight Wars”)?

And yet, Crayon could match the Pale Saints in melancholic beauty without burying themselves in reverb (“Western Flyer”) – then, at the drop of a dime, unleash beefy Cramps riffs while admitting how completely inept they are at the romance game (“Pedal”).

Now, Crayon are the bunch that can cheer ya up with their goofy jokes, not to woo you over but because that’s just who they are, and hell, who wants to be sad and lonely? If the one-minute “Honey Bunny” doesn’t have you giggling all over your desk, then GO AWAY SQUARE. Ditto for the Beat Happening-like romp of “Knee-High Susans” (”oops, I forgot – your name is Kim”), which is the dictionary definition of adorable.

And then there’s “Schrim Loop” – which, had Crayon reached international acclaim, would have been on a gazillion indie pop mixtapes by now, to a gazillion girls and guys, alongside Ride and House of Love and Sonic Youth – and, while we’re at it, this song by Josef K (presented in its vastly inferior mono version, for maximum nostalgic impact), which has been in my head for a week now and still devastates me.

Crayon, I love you. I love all of you. You embody the rockier rock of the 90s, the underdogs, introverts and unloved nerds who are the only ones that GET me. Please, let’s be friends.

(I kid you not, HHBTM HQ has been bombarded with pre-orders for this sucker on vinyl, so ya better act now. If, by chance, you’re reading this in the UK, you have the once-in-a-lifetime [I exaggerate] chance to snap up a copy yrself while Eureka California’s on tour. [And yes, that was a REALLY SHAMELESS PLUG. But they’re worth plugging.])