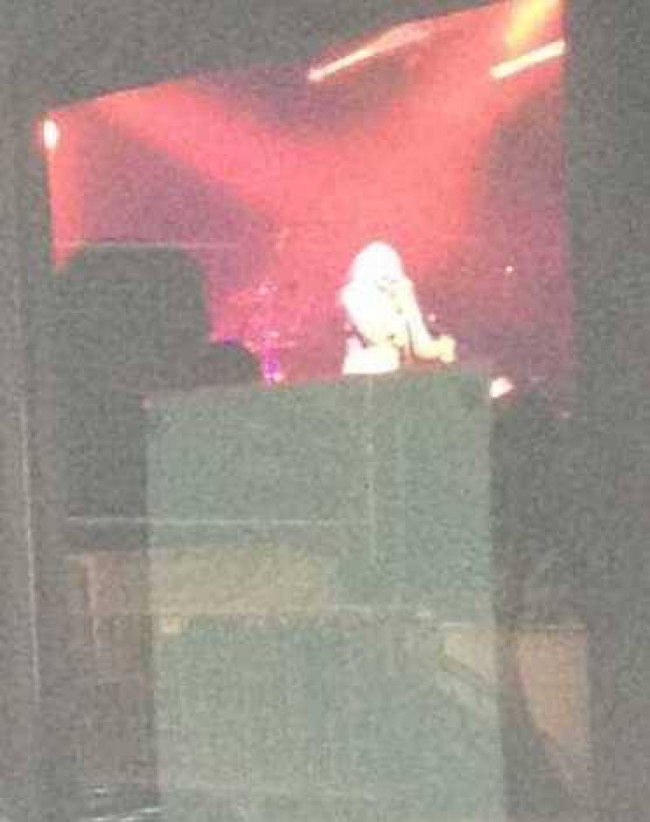 The mere thought of seeing Courtney Love live has me reverting. Reverting to the days of desertion at my familial home on the Sunshine Coast in which I’d spend afternoons post-school visiting forums defending Courtney Love from the erroneous lashings of Cobain worshippers. Statistically, those protective of Love were a vast international parade of teenage females with baby doll adorned, Live Through This era Love as their avatars. Tonight was not much dissimilar as I wrathfully peruse through the (namely) sexist lashings of Dune Rats fans. The band had earlier posted

“Just got given tickets to watch Courtney Love tonight! Keen to throw another can at her kinda”

“Not actually going to throw a can at a female. Even if that female may have killed Kurt Cobain.”

Reading the Cobain admiration spewed out by an army of white dude adolescents promptly reminded me of what had so allied me with ‘Queen Courtney’ originally – she was the victim and she executed the role flawlessly. And now, freshly 50 years of age, Love is a fully-fledged survivor. Whether you love her, whether you hate her – you have to admit she’s had pretty good innings and that if you’re not singing along to ‘Malibu’ – you’re a fucking sham.

No matter how Love was to perform at Eatons Hill Hotel that night, I had already assigned my tick of approval, however aware I was that I was not going to witness the vehemently bull-headed and lawless Courtney I had initially fallen for. To put it simply – Courtney Love is my problematic favourite – she empowers women with her brand of take-no-prisoners grunge then to my disappointment she attacks Queen of feminist empowerment Kathleen Hanna, she releases albums that define my misspent youth, then in 2014 releases ‘You Know My Name’ which less than pleases me (her rendition of it on the night in question is equally as displeasing).

I still love her relentlessly. And I’m unsure of when my levels of maturity will allow me to stop taking the internet seriously enough to defend a woman I do not know, but I’ve assigned myself with the lifelong task of spreading the good word of Courtney Love whether or not anyone is listening.

As expected, we witness grown Courtney. Fitted in a rose pink Alannah Hill satin slip, she spots the shop assistant who helped her earlier in the day within the crowd, gushes and thanks her for assisting with tonight’s outfit choice. When offered alcohol Courtney laments that she’s “too old for that shit” and demands an iced latte. Her voice, though still raspy and captivating, falters and dulls as the show progresses. Fans who expect Courtney to expose her baps are met with cheekiness when jokingly adds “I gotta take my top off, oh, not that top, are you kidding me?” as she unbuttons her over-coat. Heck, even her merchandise has grown more sophisticated over the years with her face imposed in the Versace Lion symbol.

Some things remain the same – one leg propped on the amplifier, a primitive claim of space. ‘Malibu’ is present as is ‘Celebrity Skin’, ‘Olympia’, ‘Doll Parts’, ‘Asking For It’, ‘Plump’, ‘Reasons To Be Beautiful’. Her presence is weighty as she steals the scene with every curse and screech.

It’s difficult not to revert as I share the same space with the woman who once implored that young girls go “find the three biggest bitches in your town and start a band”, who inspired me to drop my first $700 on a Fender Stratocaster and to unapologetically spew out lyrics and art no matter how discomforting. Courtney and I have both progressed, but at the halfway mark when the opening chords of ‘Asking For It’ kick in and she rearranges her hair into a chaotic nest, she has my full and undivided attention and it’s acceptable if we both revert, even for a brief time.