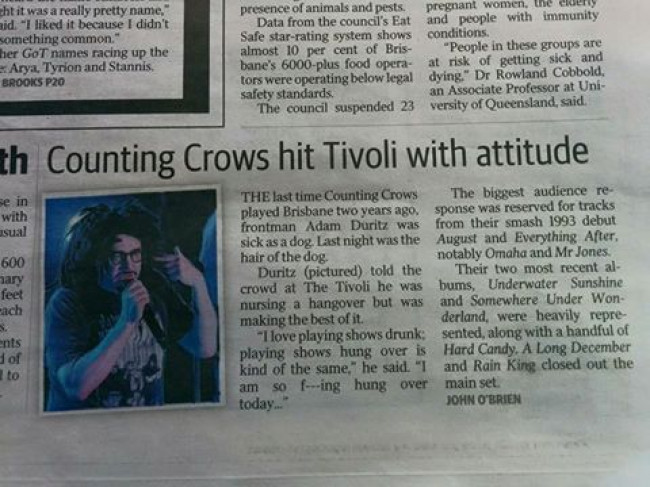 The Collapse Board editors enjoyed local paper, the Courier-Mail‘s coverage of the recent Cunting Crows Brisbane show. We did feel, however, that the reviewer didn’t go far enough with his dog theme.

Here are 20 more suggestions for the next time Mr O’Brien fancies venturing out-of-doors.