Conversations about music criticism | Does Collapse Board help propagate stereotypes of women in music? 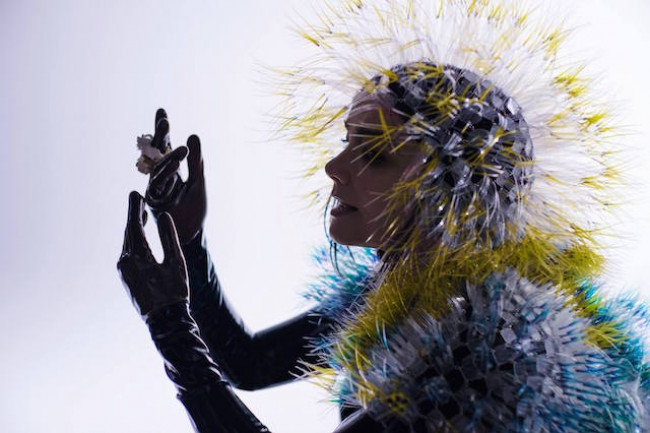 Earlier today, Lee posted an interesting review of the Klara Lewis EP in which she posited (among several other points) that Collapse Board helps propagate the stereotype of women needing men to write and produce their stuff. (If you haven’t read the review yet, I recommend you do. Otherwise a fair amount of this will be divorced of its context. Done? Good.) Onto the discussion. Here are the edited highlights.

ET: Of course, it’s possible Lee could be right. I think I’d like to see some proof of it first… and if that is the case, then WATCH OUT.

Lee: I prolly COULD have developed that better, but…yeh. Off the top of my head, the only female producer/electronic artist I recall from CB lately is Laurel Halo (which Scott wrote). [Um, Björk? – Ed] (Apart from what I’ve written, mind.)

Ngaire: Ok I can’t read this now – late here up stupid o’clock – but I fully intend to sit at computer and chew over this piece. Fancy having enough spare time that you can pick apart a passionate indie – as well as All those other worldwide crucial feminist issues.

ET: I’ve always assumed that the female musicians I write about work with other females in the studio. Why wouldn’t they?

Lee: Also, I prefaced that claim with “I fear that”, which is hardly definitive. To be honest, I wasn’t even going to write that until I read Slate. Ngaire, if you’ve hoping to read more about me “picking things apart”, you’ll be disappointed. This is more about Klara than Collapse Board…but if more people can stop and think about these things, then good.

Chris: I think men need women to have something to write about! Imagine what music would be like without us having to write about our heartbreak about ex girlfriends! It did make me think and ask why there aren’t more female producers and that I can’t name one.

ET: Lee, I think you need to be wary of assuming that all music websites propagate the same gender stereotypes simply because one… um… *bloke* says so on another music website. The biggest single argument me and Scott got into on social media in 2013 was when the deputy editor of MOJO referred to Scott as “sexist” for not liking Savages. (Yep, that’s right. That’d be MOJO, that well-known champion of female rights.) We take such charges incredibly seriously here, for  obvious reasons.

I thought the Slate article was good, but wonder if either the writer or his editor were aware of the irony of having a male writer pen an article about gender imbalance in the music industry? (What? They didn’t have any female writers capable?)

I ain’t just whistling Dixie here. I have myself suggested and then either been turned down, or turned down myself, several articles on gender imbalance for The Guardian this last year precisely for this reason. And I agree every time with my editor’s reasoning.

I really don’t believe for one second Collapse Board help propagates these stereotypes. This is important to me, very much so. But of course, you can do that unconsciously as well as consciously – so if anyone believes this to be the case and cares to show me examples of such behaviour then I will look into it.

Ben: I think I see your point Lee… A reader might see that Collapse Board has certain interests. One of those interests is expressive/gut-level/non-“musicianly” music, and another interest is making sure not to ignore that women make music. I guess if you drew those interests as circles in a Venn diagram, the part where they overlap could be seen as prime CB material: women making expressive/immediate music. It’s probably a fair reflection of the interests of the authors. But there’s a risk an overly simple reader could think CB is promoting an essentialist idea that “all women are always irrational/emotional so they are good at singing and thrashing instruments, not at contemplative or technical stuff”. I also think there are lots of examples on CB to set such a person straight, and now that includes this review. Am I on the right track?

ET: Ah. Now that’s interesting Ben. At Plan B Magazine (for example), writers like Frances May Morgan would have covered this stuff (she’s way, way more musicianly and technically proficient then me). I tend to write about the more expressive/gut level music. I disagree that I propogate the stereotype of women needing men to write and produce their stuff by doing so, however. I would have thought that, if anything, I do the opposite? But we’re talking different styles and genres of music here.

Lee: Yes, definitely, Ben. Another thought – we talked about a phenomenon today in class called “post-intentional racism”, wherein someone with perfectly well intentions might still patronize someone of another race, unconsciously, due to a lack of understanding or just unfamiliarity with other cultures (in regards to Rebecca Skloot and her Henrietta Lacks Foundation, which is a whole other beast). I believe post-intentionalism can certainly extend to sexism. But again, I didn’t directly accuse anyone of that.

ET: Having said that, recent Songs of the Day have included

None of which fall under that stereotype.

Likewise, it’s even rarer I write about male artists who DON’T make expressive/immediate music. [Incidentally, for anyone reading this not familiar with Collapse Board, we’re discussing a particular form of female performance here. The Song of the Day series – which I’ve written on and off for about five years now – is about 80% female/20% male. Mainly because females have long been making the more interesting music. But I ain’t prejudiced. I’m happy to listen to male stuff as well: long as they give us a nice smile – ET]

Lee: Ah, but. I have talked about FKA’s sound as created by a male producer. As I said in the article, I’m totally prone to this line of thinking, too (besides, I believe that’s correct). That is…nine, out of how many SOTDs? Not to besmirch those, of course.

ET: They are recent ones Lee. (Sighs.) And I think anyone who reads CB knows my general preference for expressive/immediate music. And, as I pointed out, I’d be much harder pressed to think of any similar male artists I’ve made SOTD.

Scott: This issue first started getting bounced all over social media last week b/c of a P4K interview w/Bjork, so I find it blissfully ironic that Lee links to an article written by a dude at Slate (that references said interview in its very first sentence) to introduce the topic instead of just quoting Bjork directly (or even mentioning Bjork at all).

Granted I haven’t written for CB (or anyone) for over a year, but I’m still probably the #2 ‘content-creator’ in the site’s history. Here’s a quick scan of some female artists/auteurs I’ve written about w/all due respect & dignity: Coco Rosie, Holly Herndon, Laurel Halo, Chrissy Amphlett, Body/Head, Lorde, The Garbage & The Flowers, The New Sound of Numbers, Coasting, Micachu, Oh-Ok, Sleigh Bells, Talk Normal, US Girls, etc. etc. ad nauseum.

And lastly, as someone who plays in a band w/female musicians who are never given the credit they deserve as musicians or lyricists, but instead get pigeon-holed as ‘riot-grrrl’ or ‘post-riot-grrl’ b/c they scream sometimes, this is an issue that is very personal to me. I’m proud to be associated w/this website b/c it gives a voice not only to female musicians, but to female writers as well.

Brigette: Most space in the online realm is so dense with the noxious out-gassing of a dying patriarchic system, I rarely find much to say or, quite frankly, the courage to deal with it. Collapse Board helped me find the gas mask, and that has everything to do with the philosophy of Everett True. The courage is worth it and the critical voice matters. To me, that’s the philosophy of CB. That’s why I wrote this here: http://www.collapseboard.com/music-blogs-3/brigette-adair-herron/the-question-of-authenticity-and-lana-del-rey/ And I hope many more write with this freedom too, because we got a hell of a lot of work to do people. Be the critical voice you are so desperate to hear. And knock over that goddam mic stand and drumset while you’re at it.

Lee: OK. So maybe I should have stuck with my original draft and just stuck with the introvert angle. Look, I knew you had a more balanced output, Scott. And I certainly hadn’t forgotten your Lana Del Ray piece, Brigette. As I said earlier, I really didn’t want that piece to be about CB, and while we’re at it, I didn’t want it to be about Bjork, either.

ET: It’s all good Lee. I like discussions like these. It never pays to get smug about what you do. It’s always good to question.