Commentary around Palmer, O’Connor and that whole Miley Cyrus thing 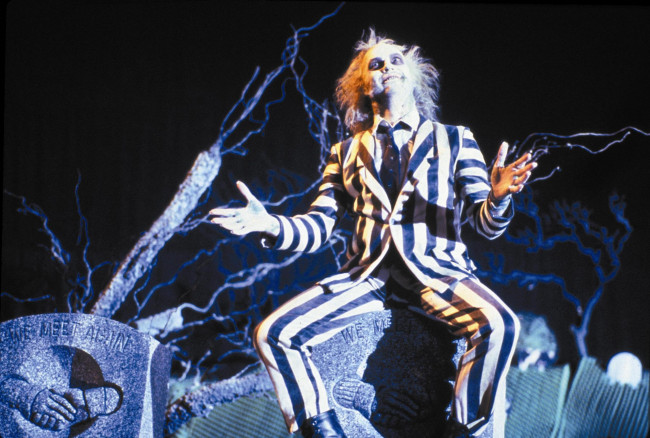 So, this is pretty awesome, right? Humans, being endlessly bloody-minded, continue to make popular music the setting for a debate about gender and body politics. Academics will be filling course readers with the litany of responses to Miley Cyrus’ VMA performance. With this epoch of neon-bright cultural exchange, where everything has to be one thing or the other or else it’s NOTHING, the recently-birthed concept of “slut-shaming” (to name one) will probably be forever linked to Cyrus grinding the shazbot out of the first genuine mimbo of millennial pop (think about it: NO ONE post-2000 has come close to being so patently oblivious to his fleeting relevance than Robin Thicke). You can bet that Sinéad O’Connor’s letter, and Amanda Palmer’s response, will be required reading for undergraduates doing something meaningful with their lives (i.e. studying the liberal arts). The two women have illustrated beautifully that it’s wrong to speak of Feminism in the singular.

And make no mistake: I only think I know what I think about this issue. I’ve always thought that women are free to do with their bodies as they choose, and free to define “feminism” however they want. But my certainty goes only as far as the nagging voices that crawl from the network of reactive impulses I call my mind and whisper things like “informed consent”, “ideology”, “hegemony”, and the like. This piece is about getting to the bottom of this, and failing, and patting myself on the back for trying, and coming to the realisation that I’m not qualified to call myself a Feminist, but only a Feminist Sympathiser. And that’s got my back up something fierce.

“Miley, they’re pimping you. Opt out. Or at least get someone you’d trust with your life to sit over your shoulder when you’re considering offers to debase yourself before an audience of billions.”

Against this, Amanda says:

“Sinéad, it’s not the suits that are telling her to get freaky. She’s performing her own aesthetic, gettin’ P.A.I.D in the process, and if she makes a few missteps then that’s the process doing its work. The system is the issue, the system which both assumes that a woman being overtly sexual in her art has been suckered into it, and that creates the conditions necessary the exploitation of such a modality by middle-aged men.”

If you can convincingly argue that one piece was clearly right and the other wrong, then you’re my hero. It’s a value question, and so passes a threshold where it becomes irreducible to anything apart from personal inclination. We frequently function this way: two people equally committed to human rights may differ in the priority they give those that sometimes compete, for instance religious and cultural tolerance as against a personal libertarian or gender rights.

However, this much I take to be certain (almost): Cyrus is transgressive, or at least has the seed of being such. It’s hard to fathom why it took me so long to figure that, on balance, Cyrus was probably taking the piss when she danced in a poorly matched skin-tone bikini with a giant foam hand (Americans, you can thank The Simpsons for the fact that I know that at least some of you appreciate how ridiculous they look), and gave her infamously coated tongue so much air time as to have had everyone in the front three rows expiring from her halitosis.

And let’s not also forget that, far from establishing her as a sexually mature artist, all the performance did was juxtapose the underage Hannah Montanna with a dude who looks as old as her dad and acts like he’s on a winner coz he hashtagged that he had a big dick and now thinks that everybody is laughing with him instead of at him. There’s a good case, then, for concluding that she engineering a head-on collision with all sorts of norms regarding the sexualisation of music and youth.

Palmer’s case for Miley, while flirting with the commercial, is clearly more nuanced than those who decry “slut-shaming” and point to the ridiculous commercial success her controversy has engendered as proof that she’s a) incredibly canny and therefore b) morally defensible. Palmer starts by admitting the realities of the biz, but it’s clearly not what’s has got her writing to Sinéad. For her, the scope of options available to women when presenting themselves has to be entirely open to encompass all modes, be they drawing from the pious, the surreal, the intellectual, or the base. So, Palmer’s argument goes further: it doesn’t even matter if Miley slutted it up for a good reason. It’s the fact that the decision to do so was her’s that makes it right. Classic libertarianism in the tradition of John Stuart Mill.

But consider that, after the initial backlash to Cyrus’ performance came an almost instant retaliation which centred itself on the cultural significance of that backlash. Why in the name of aerosol cheese weren’t people talking about creepy old Robin Thicke in his ridiculously uncool clothes (which only matters because he thinks in his crashingly obvious mimbo-oblivion that he IS being cool) letting someone who can’t legally drink in the USA grind him while he bops along like your school principal to his ridiculously un-funky (and, therefore, unsexy) and pointless soul pastiche?

Palmer’s case soon treads beyond the simple idea that Cyrus’ choices should be supported because they’re her own. She says that freedom of that kind, mobilised en masse, is necessary to co-opt the force of oppression: to render the male gaze neutral in the face of an open and inclusive sexual identity that celebrates itself.

But if you agree with the voices that cry shame at that double standard, you might still be split on whether you support Sinéad or Amanda. The problem with the male gaze is that it’s remarkably persistent in its stupid persistence. It sounds awfully utopian to say that the way to overcome a culture that perpetuates a market where women only succeed by relying wholly on a Gonzo projection of their sexuality is to buy into it, even while having a razor secreted in your Updo (coz that’s the only place you can hide it if you’re naked, right?)

At the very least, I’m with Amanda in saying that it’s not cut-and-dry exploitation. It’s the standard parasitic pact between money and talent. See this video, freshly released, for another case of someone who is commonly the target of public comment wishing that she’d “do better for herself”:

I wouldn’t credit Sinéad O’Connor with saying that her charge of manipulation extends only so far as this decision to perform, this decision as to who her management is, and the other thousands of choices that will determine Cyrus’ career. Nor would I expect her to think that Miley has ever felt as though she hasn’t fully agreed to how she’s been represented. Women and men in countless numbers have willingly sold out their principles. All they see is dollar signs.

So, if you accept that Miley’s actually calling the shots, you are left to wonder: does it matter? To extrapolate from an impoverished reading of Gramsci, can a woman properly consent to such a thing, or is she a victim of a capitalistic male ideology, to which she tacitly complies while it oppresses her? And while I merely surmise that MC’s adolescence has been as chimerical as we’ve come to expect for child stars, Palmer’s very point to Sinéad that Miley hasn’t had the chance to figure herself on a human scale  is what makes the issue of informed consent a live one.

If anything, this incident has given me impetus to become better acquainted with the views of social campaigner, academic, politician and member of the Australian Sex Party, feminist stripper and pole dancer, and a former colleague, Zahra Stardust. Zahra is the author of a thesis entitled “Performing Feminism”. From my limited understanding of it (I couldn’t speak with Zahra properly before publication), bodily acts intended to be celebrations of a sexual identity, even in the face of an audience unaware of their significance, are valid and perhaps more so in light of their deviance, their non-conformity. Propaganda of the deed.

There are many more questions which demand engagement, such as:

1. Giving her the benefit of the doubt, can we not agree that Cyrus’ efforts at transgression fall short of the high standard of Lady Gaga and Nicki Minaj, who have managed to successfully challenge the orthodoxy by revelling in the sexual potential of the grotesque, the bizarre, and the queer, and contributing to their growing legitimacy in mainstream popular culture?

2. Palmer makes plain that she thinks a culture of support from other women is more constructive than that of criticism. However, where does her position leave women who would not chose to be as overtly sexual as someone such as Cyrus? Is that simply a matter for them, as the ethic is to be all-inclusive, or does this get to the heart of the plurality of Feminisms: what it means to be feminine?

As you can see, I’m reduced to facilitator. I don’t have a hope in hell of coming to a landing here. That makes me deeply uncomfortable. But that’s OK. In fact, it’s to be welcomed. Comfort is the herald of necrosis, the product of opiates, the condition precedent for sleep. And men like me owe it to ourselves and to the legions of women on whom our existence depends to be challenged by this. O’Connor and Palmer’s difference might be generational, but they’re definitely deeply personal. They speak to their own experience. And, unwittingly or not, Miley Cyrus is now not only a cog in a celebrity-industrial complex but a pivot-point in a contest of principle, whose personal experience as a female in pop music is not only her narrative but a node around which our values will shift.

3 Responses to Commentary around Palmer, O’Connor and that whole Miley Cyrus thing