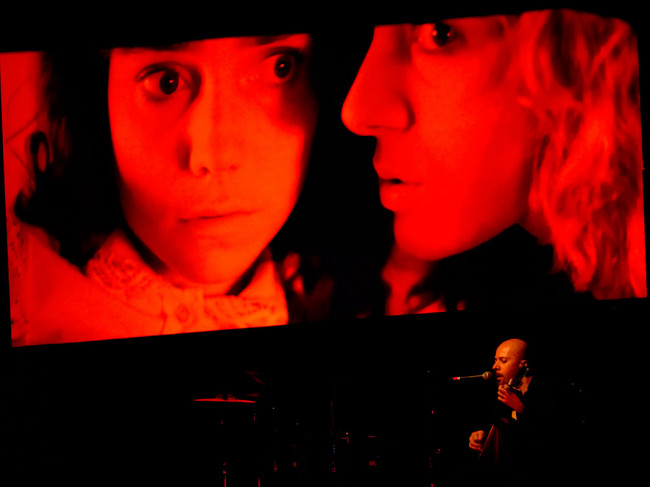 Eyerolling and inevitable they may be, but comparisons to horror movie soundtracks come as a staple when we’re talking about music. The overwhelming amount of the time the analogy arrives as a compliment. A positive association with the tense, exhilarating and irresistibly dark.

Of all the Italian prog outfits to ever noddle, none have left so great of a mark on popular culture as Goblin. Their 1977 Suspiria album alongside their scoring of Dario Argento’s film of the same name is the most widely acclaimed. It even yielded them a chart-topping album in their home country.

The group has long since splintered but a Claudio Simonetti-led iteration brings a celebration of the 40th anniversary of the cult shocker to Australia for Brisbane Fest. The event is little unusual to the venue’s standard fare. This isn’t a straight-ahead live performance or even a performance of the album itself. Instead, it sees a trio of musicians recreating the film score in real time as its accompanying visuals play in full.

Granted not all sound effects are played live. The waltzing piano passage the album terms ‘Death Valzer’ remains pre-recorded. Yet this does little to diminish the task of taking on the close entirety of the score. Onstage they recreate the jumble of instrumentation, disembodied vocal gasps and haunting incantations which litter as well as define the soundtrack. The bulk of outlying sonic elements are recreated by Simonetti as he leans over a formidable rig of synthesisers, samplers and software.

Whether it’s the period colour palette or his drawings from Hitchcock and European cinema, Supiria’s visuals are visceral as well as endearingly camp. Goblin’s performance foregrounds how much the film relies on its musical exposition. The trio’s contributions oscillate between maximalist, deftly faint and at times notable in their extended absence.

There’s plenty of tense proggy chops on ‘Witch’ and the arpeggiated drive of ‘Markos’ is handled with composite ease. Oscillating between ambient mood setting, blasts of white noise and hard riffing rock the score is decorated with synth, bells and other acoustic elements. Chimes whistles and throbs are littered without. It’s cacophonous and satanic overtones hit their mark. Yet try as the viewer might, it’s the visuals and narrative gradually draws the eye away from the performers themselves.

Film buffs, proggers and curious inbetweeners alike, there’s something exciting about this projection-performance combination. The film’s closing credits are met with kind of cheers and stomping accolades most performers could do little but envy. However, the audience present has come across Goblin, whether the group’s discography or the film itself, their approval is overpoweringly unanimous.