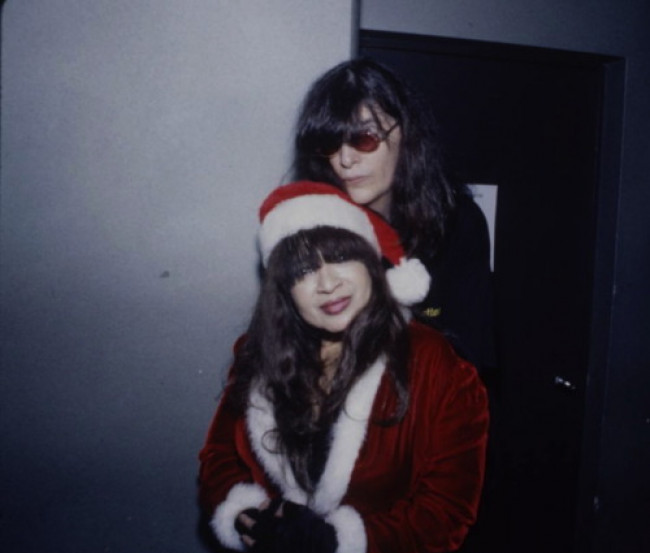 He took the top honours last year (for a different song).

And he takes the top honours this year as well. Guess I really miss Joey Ramone still. There’s something so poignant about this cover version, though – one that I only discovered a scant year ago, after Christmas (just like Eux Autres) – the sound of Joey singing, with all the love and emotion in his voice, “Baby, please come home”. Anyone who understands pop music understands no more needs to be said. The original was written by Ellie Greenwich and Jeff Barry for the 1963 Phil Spector compilation album, A Christmas Gift For You, with Ronnie Spector in mind. According to Darlene Love’s biography, Ronnie couldn’t put enough emotion into the song. The mind boggles. (Maybe she was too happy.) So Darlene recorded it. It’s rare I agree, even partly, with Rolling Stone, but according to Wikipedia:

So, can he make it three years in a row? After all, the Christmas song that most folk associate with the Ramones – ‘Merry Christmas (I Don’t Want to Fight Tonight)’ – hasn’t featured yet in this series. As Michael Hann wrote in The Guardian a couple of days ago:

Merry Christmas (I Don’t Want to Fight Tonight) first slipped out as a B-side in 1987, to the single I Wanna Live. It was as Joey a song as you could imagine – the 1-4-5 chord progression that can be traced back to their first single The Blitzkreig Bop (yes, a definite article did appear onthe 7in sleeve, pedants) and beyond to the prehistory of rock; the yearning, plainitive tone of both Joey’s voice and lyrics (in retrospect, it’s hard not to see this as a plea to his bandmate and arch-enemy, guitarist Johnny); and, of course, the innocence that marked him out from every other punk – “All the children are tucked in their beds/ Sugar-plum fairies dancing in their heads.”