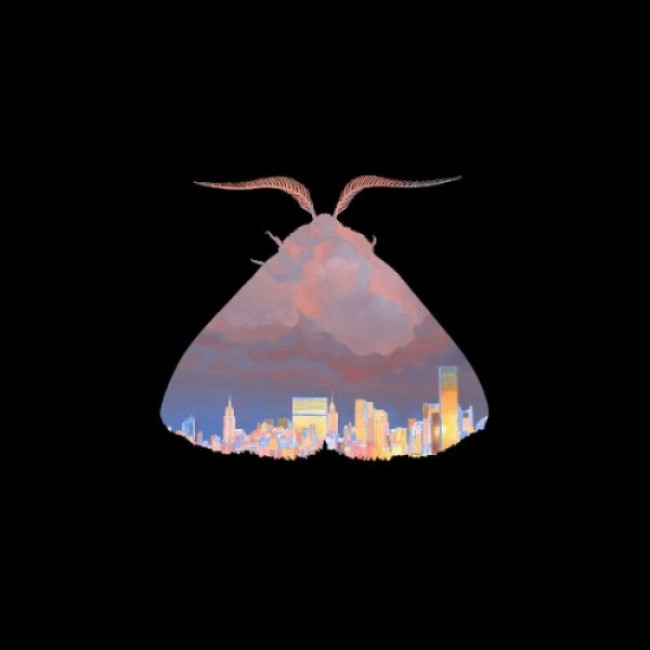 For Chairlift’s third studio album Moth (2016), Caroline Polachek and Patrick Wimberly build on the retro-pop sound they established on Something (2012). There is definitely a familiar quality to this album from the onset, yet new are ideas are quickly established that serve to give the tracks a more theatrical and sometimes jazzy quality. “Polymorphing” and “Ch-Ching” are among several tracks that make use of horn arrangements, which give this album a fuller, edgier sound than its predecessors; and it should be noted that in addition to producing, Chairlift also took care of the instrumental arrangements on this album. Many of the tracks here start out as seemingly generic pop songs, and then quickly envelope the listener taking them on a colorful yet concise journey. And of course, for anyone not familiar with this band, Ms. Polachek offers one of the most uniquely expressive and acrobatic voices in music today. She has complete control over her voice, and uses a technique known as a glottal slip (often used in Celtic singing) in order to create an effect that has been described by listeners as “glitchy” or like auto-tune. She has clearly mastered this technique and is in excellent form.

Whereas Something felt more like a concept album that explored the pop sounds of the 1980’s (resulting in what I consider to be a masterpiece), Moth shows a maturation of Chairlift, who clearly approached this effort with confidence and skill. They seem comfortable, which is both a good and a bad thing; good because we haven’t had enough material from them to really understand what their true sound is, especially following the band’s shake-up between their first and second albums, but bad because they are currently in such a good space that they run the risk of plateauing. This album features a good mix of upbeat and mid-tempo tracks that have a darker tone than was evident on their previous effort, with synths used in a much more atmospheric way (“Crying in Public”, “Unfinished Business”), and deep percussion and bass lines (“Show U Off”, “Romeo”). In the future I would love to see Chairlift explore long-form compositions, with tracks exceeding ten minutes in length. I would describe many of their songs as dense in terms of the story they tell and the ideas that are explored, and feel as if they could be expanded into something extremely beautiful and epic.

Moth is a strong addition to Chairlift’s relatively brief discography, but I would be disappointed if they didn’t make an extreme departure for their next effort. What really drew me to Something was that it was completely different from their debut album Does You Inspire You (2008), whereas Moth is much closer in sound to its predecessor by comparison. Moth is an excellent display of the band’s skill and proficiency, proving that they are on top of their game. It is certainly their most ambitious effort, and production-wise is much cleaner and clinical than their past efforts. I hope that they continue to grow and look forward to hearing them journey into unfamiliar territory in the future.

Chairlift is a group that is, in my opinion, an anomaly. As producers they are a creative force, having been sought after by the likes of Beyonce, and as performers consistently release albums that are accessible while challenging the current pop landscape. All the while they have maintained a relatively low, indie-ish profile and are given very little promotion, despite being signed to a major label. Even with the release of Moth, Chairlift is only performing a scant 6 shows (hopefully a longer tour will follow). Any of the songs on Moth could be a radio hit, and I am very curious as to why they haven’t reached more mainstream success. Both members are good looking, talented, extremely knowledgeable about music, and are excellent live performers; so I would assume that they could be promoted with relative ease. My only guess is that their low profile is more of a personal choice, which I totally respect, but I think it is a shame that they have yet to become a household name. In the past I would have argued that perhaps they were ahead of their time, but today I think that the world is ready for Chairlift.