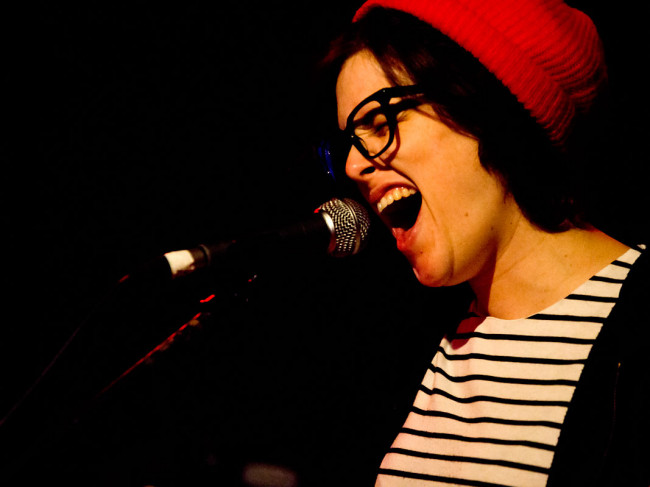 When there’s 130+ bands playing over the three days, how did you pick who you want to see? Sure you could look at Rolling Stone and see their recommendations, but do you really want to go by their recommendations? All the Australian music websites post up their usual FOMO ‘Five Bands You Have To See At BIGSOUND’ posts but it would be interesting to cross-reference those recommendations with the post-BIGSOUND ‘Five Bands That Killed It At BIGSOUND’ listicles to compare the before and after.  I reckon that it’s unlikely that the two sets of posts would be anywhere near identical.

The best way I’ve found for deciding who is worthy of my time is to look at the press photos that accompany the bios on BIGSOUND’s website.  It’s a tried and tested approach that I’ve used before at other festivals and previous BIGSOUNDs and it’s as good as anything.  If you’re a group of guys with identical/complementary haircuts, baseball caps, trousers that are six inches too short, you’re probably not going to be very interesting to me.  If you’re a group of guys whose press photo is you sat on the floor showing me the soles of your feet, the lack of effort indicates that you’re probably not going to be very interesting to be.  If your band shot is something photographically interesting, you’ve got my attention.  If you photo shows that your band includes at least one female member, I’m interested.  And the non-male members your band has, the more likely it is that I’ll come and check you out and take your photograph.

These were the highlights of the second night of BIGSOUND

You go out, you see a band, you like the band, how were they? Yeah, they were good, but there’s always slightly lacking in your enthusiasm, it was a good night out, better than being at home watching Australian free to air TV, the band were good, you’d go and see them again probably if they were playing.  But on much more rare occasions you see and band and you know.  You just know within 10, 20, 30 seconds that this band are something else, that this band are something really special.  BOAT SHOW are incredible and thrilling and it’s such a joyous 30 seconds of finding a band like this out of the blue.

What makes a good band? The songs obviously and BOAT SHOW have those in abundance.  As arrogant as it is to call your debut album, Groundbreaking Masterpiece, BOAT SHOW get away with it because they have the songs. They have the swagger and self-belief, the undeniable gang mentality, the between song-banter.  They’re smart, they’re important, they’re special, they’re better than the other bands and they know they are.  They’re an utterly perfect band.

It’s no surprise that BOAT SHOW are the best band I see over the three days of live showcases at BIGSOUND. BY. A. COUNTRY. MILE.   If you missed them because you were off seeing some triple j supported indie landfill band, well it sucks to be you.  I spend the entire day after the first show listening to their album on repeat in preparation for their second showcase.  Writing these words two weeks after the event, I’m still completely thrilled by them and can’t wait to see them again.

Spirit Bunny aren’t exactly the sort of band I would expect to be applying for a BIGSOUND showcase but kudos to the organisers for giving a showcase to one of the Brisbane music scene’s undiscovered gems.  A combination of Commodore 64 chip tune sounds and Cam Smith’s thunderous Boham-esque drums sounds like it shouldn’t work, even less so when you add in Joel Saunder’s frantic vocals and dance moves.  Trying to describe Spirit Bunny is no easy task.  Maybe they sound a bit like Deerhoof. Or Battles. Or Pere Ubu. Or the Go Team.  In an era of so many meat and potatoes bands, Spirit Bunny’s genre-defying songs and entertaining live shows don’t disappoint.

In all the post-BIGSOUND write-ups, Melbourne’s Body Type have been strangely left out.  The best band at April’s Blurst Of Times festival, they’ve really flown under during this return visit to Brisbane, which is a real shame as they’re one of the best bands of the week.  If you’re going to see Pond at Triffid this Sunday night, make sure you get there early to see them play some perfect dreamy shoegazy garage rock before the main event.

I saw Jade Imagine play on a Thursday night at The End in West End earlier this year and wrote ½ of a review that I kept meaning to finish (along with a ¾ written Sun Kil Moon review from around the same time) but time kept (and keeps) getting away from me (refer to the increasingly ridiculous amount of half drafted posts on my laptop).

Here’s some of what I did draft, taken out of the context:

What’s fascinating about tonight is how different Jade Imagine sound when compared to the songs I’ve been familiarising myself with all day.  The recorded songs have that obvious 90’s slacker vibe, the one that back references the sounds of the late 1960s.  The live songs replace that with something in between those two timelines, a sound that’s a lot more late 70s/early 80s New Wave.  The second song has something that could have been a lost Verlaine/Lloyd duel guitar riff.  At its end, Jade McInally informs us “We don’t have bass player tonight, we couldn’t get him up. Just imagine those bass frequencies”

At BIGSOUND they play as a full complement of band members so the bass frequencies don’t have to be imagined.  In the raw notes for that unfinished review from late May that I typed into my phone, I also wrote “New single, a B-52s 45 played at 33 RPM”. What’s not to like?