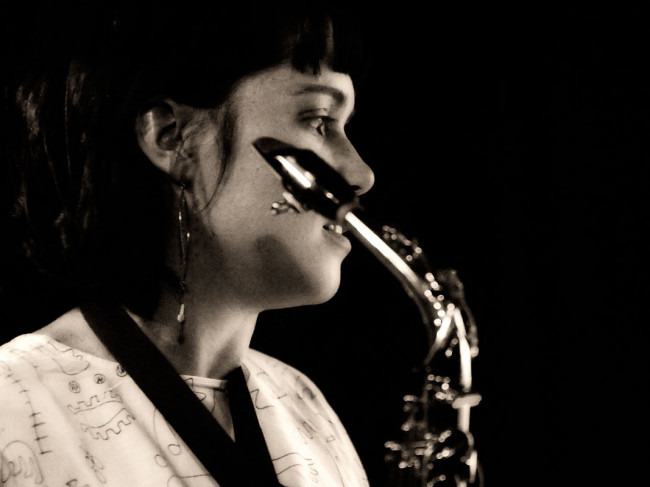 It’s that time of year again when men with beards and trousers six inches too short stand around at alcohol-sponsored events drinking copious amounts of alcohol and chatting while watching men with beards and trousers that are six inches too short play on stage before complaining about the size of their hangovers the next morning while attending conference sessions on the perils of alcohol and drug abuse in the music industry.

Yes, BIGSOUND is BACK! BACK BACK!

This year they’ve expanded to three days of live shows, giving most bands two showcases over the festival.  Judging by the first night, it’s debatable whether adding a third night up front has been a good idea.  The Valley is really quiet, as are most of the venues, with most bands playing to a smattering of people.  There are obviously exceptions, with Oh! Hello’s traditional triple j Unearthed showcases being rammed for most of the night, as annual tradition and heavy national radio playlist for this particular selection of showcasing acts dictates.  Largely already anointed, their success is a self-fulfilling prophecy.  I mean it’s amazing that when there’s 18 stages of showcasing acts, six of triple j’s ten best artists they saw played showcases at the triple j unearthed stage.

What’s possibly more tragic than so many bands playing to 2/3 empty rooms is that if not for this BIGSOUND Tuesday night, the Valley would just be rolling tumbleweeds through the proverbial ghost town.  It’s further reinforcement of the laughable notion of Brisbane as a ‘New World City’.  The upside of a quiet Tuesday in the Valley is that it’s easy to get around and into venues even if this isn’t helped by all the ID and bag checks on entry to each venue.

As ever, the rules of BIGSOUND are fairly simple.  Everyone gets 1½ to two songs and if you’re really good you’ll get more, maybe even the whole 30 minutes set time if you’re incredible.  Everything you need to know about a live act happens in the first couple of songs.

It’s probably because of the lack of crowds that Tuesday ends up being the most productive night of our week, with 15 acts seen.  These were our highlights (in no particular order).

There’s always a lot of questions about the bands that get chosen to play at BIGSOUND.  This year there are a lot of repeat offenders being given second chances and a few acts that you would think would be too successful and too big to be playing a bunch of industry showcases in tiny venues around Brisbane.  I would have thought that Jess Ribeiro was too well established to be wanting to play BIGSOUND but then again with this comes the advantage of seeing an experienced artist with a two albums worth of critically acclaimed songs plus the opportunity to introduce some new songs to an eager fanbase.  That third album is going to be great.

One of the best things about Brisbane for most of the time I’ve lived here has been the Bedroom Suck record label.  Sadly for the city, they’ve followed the time-honoured rite of passage and moved to Melbourne in the last year.  In what many see as a one label town, Bedroom Suck always proved that this wasn’t true and showed time and again that quality trumped quantity (and the amount of money spent).  Brisbane’s loss is Melbourne’s gain.  With label boss/label band drummer, Joe Alexander providing his usual mesmerising skills at the back of the stage, Good Morning are yet another top class Bedroom Suck band, so good I go and see both of their showcases.

You can spot the people at BIGSOUND who are up from Melbourne for the week by all the black clothing.  And cowboy boots.  During BIGSOUND, there’s a noticeable increase in people wearing them on the streets of the Valley. In the New World City of Brisbane I think they’re generally seen as bogan chic or a representation of life in the depressing Queensland Outback towns that time forgot.  To the southern music capitals and the music industry participants, they still seem to be thought of as the sign of an outlaw.  As any perennial visitor to Melbourne soon realises, there’s an element of its music scene that’s forever 1982.

RVG are a band from Melbourne clad in black and mining the post-punk sound.  Whereas so many others follow the road that leads to St Nick, RVG have an undeniable devotion to Mac The Mouth and the epic stylings of Will Sargent’s guitar.  Every song they play sounds like an instant classic, with Romy Vager’s passionate ever-passionate vocals invoking the spirit of Patti Smith or Dave McComb at their very best.

One of those bands that’s been on my list of Brisbane bands to go and see for a while.  It’s great to finally get to tick them off the list.  With so much serious music going on during the week, WHALEHOUSE are the fun that brightens up a Tuesday night in the midst of a landscape of laminated music industry conference passes.

Personally recommended by CB alumni and Brisbane music royalty, Cameron Smith.  On paper a drummer/saxophonist duo don’t exactly sound like an obvious choice of showcase to go and see, or for that matter, one that you’d expect to be playing at BIGSOUND.  But this isn’t some John Coltrane old school jazz.  Instead with a bunch of effects pedals and some additional electronica, Jonathan Boulet’s sophisticated drum patterns and Kirsty Tickle’s lung-bursting sax provide a completely compelling set.  They sound like nothing else on show at BIGSOUND and this is a very good thing.