Cassette of the Week #7 – Paro 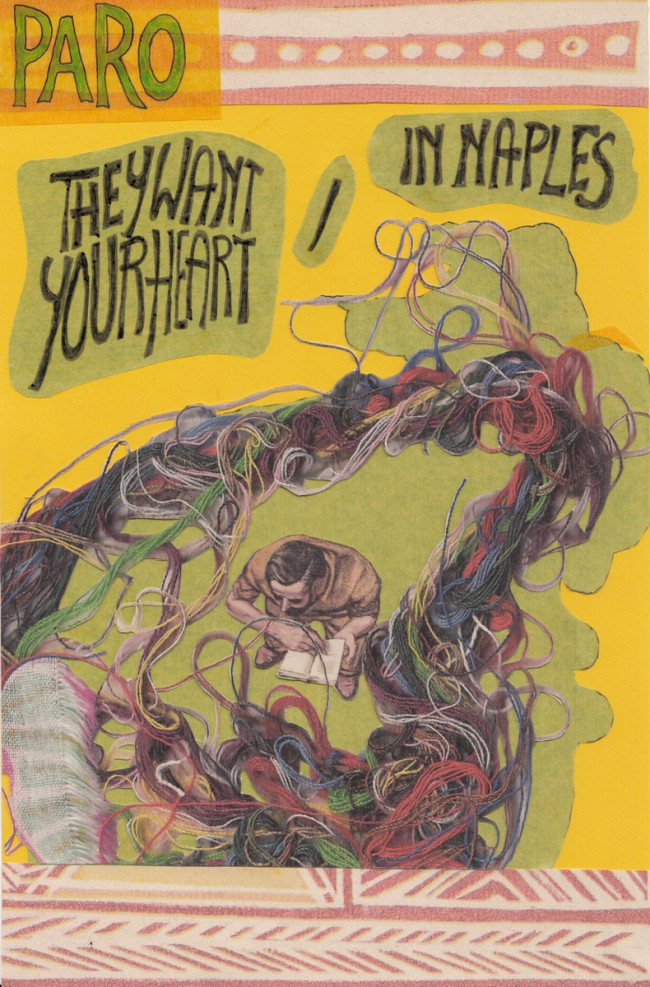 Michael Gira can go mewl somewhere else. We here at Collapse Board (read: me) refuse to acknowledge Swans’ To Be Kind as 2014’s hands-down masterpiece. We prefer more blood in the veins of our music, we do. Things that spring with life, and speak of life.

To Be Kind was all metaphor, intangible mysteries of eternity, inscrutable web of lore, all that jazz. I mean, fine, cool. Be the pantheon. But Paro resonate way more with me – Paro, who tread This Heat-ish paths to fiery vistas of screeching, soaring NOISE. Their 18-minute cruising bruiser, “In Naples”, might be about a city on Earth, but it sails into rocky regions of the Hawkwind nebula before crashing down into yr tender ears and then ricocheting into a different dimension entirely.

I’m not about to say that this tape (via Kitchen Leg, yet again) is better than To Be Kind. But I would SO rather watch Paro rip their audience into metaphysical threads (thus proving string theory) than sit through a turtle-paced Swans concert.

One Response to Cassette of the Week #7 – Paro