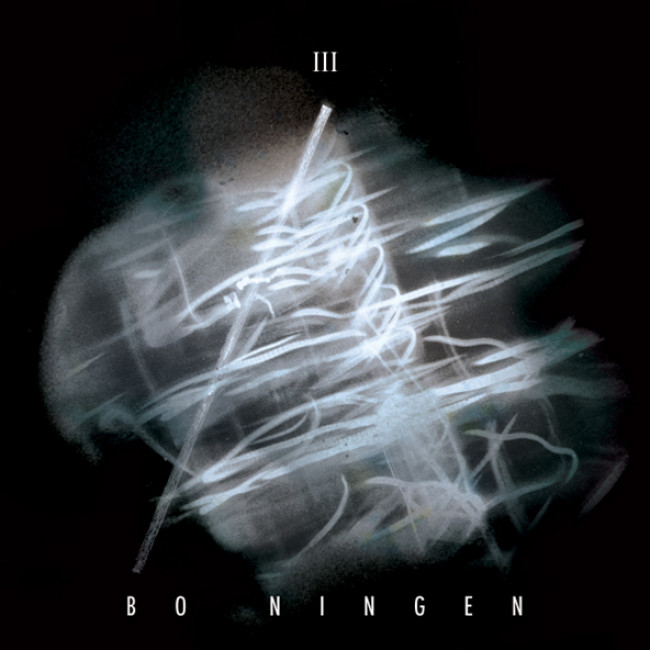 Bo Ningen (Japanese for “Stick People”) are getting all kinds of attention right now. There’s a lot of hype. Pitchfork is involved. I know what you want to hear though, since you’re here reading this instead of just looking at Metacritic or letting Pandora curate your listening choices: is the hype deserved? I’ve been listening to their latest LP, III. Short answer: yes. They’re wild-eyed androgynous long-haired Japanese dudes whose music is like a suckerpunch compared to the limp caress of other indie rock buzzbands at the moment.

It’s easier to start talking about Bo Ningen by discussing the broader appeal of Japanese music. I know “Japanese music” isn’t a genre, but Japanese culture is like an Alice In Wonderland version of Western culture. Put anything – pop, fashion, food, art – down the rabbithole and it comes out… different. Warped. Glossier, stranger, brighter, darker, just… more. More everything. It’s a curious and contrary thing, considering the traditional notions of Japanese culture revolve around austerity and minimalism (think tea ceremonies, tatami mats, rice-paper doors) and a lot of the social structures in Japan still reflect a very conservative attitude. The shop attendant will be the very soul of politeness and propriety, but you’re in a ten storey store dedicated purely to graphic pornography. It’s a culture at odds with itself. There’s an internal battle going on – a fierce love of Western pop culture, but a sort of disdain for Western social structures. So what you get is Western pop culture re-made; imagery and sound and texture devoid of meaning, that’s been bent and re-shaped and you know what? Fuck yeah. It’s great. Japanese music is like a whole new world to explore. Are you like the musical equivalent of a junkie aiming the needle between your toes? I might have good news for you.

This is usually described as “psychedelic rock”, which if we’re being unnecessarily reductive in the name of creating tidy packages, sure. There’s a lot of reverb, a lot of layering, a lot of loop pedal action. Their Wikipedia page calls them “acid punk” which sounds like fun too. But this album is more than that. It sometimes wanders off into metal territory, it spends a lot of time hanging around in post-rock with a whole lot of ambient noise. Sometimes the vocal is teeth-achingly shrill (it’s a nod to traditional Eastern operatic styling, which some people are bound to find grating at times). It’s largely in Japanese which might also turn some people off, but as a person who can be put off otherwise excellent music by underwhelming lyrics, it’s nice to not know. It allows the voice to become another instrument, with the occasional English interjection for flavour; particularly the gorgeous miasma of ‘Psychedelic Misemono Goya (Reprise)’, with dreamy refrains of “shall we dance” layered over warping, slightly sinister soundscapes.

It’s also a good album to consume whole (and is particularly rewarding to headphone listeners, so queue this one up on the bus and pretend like you’re on your way to a post-apocalyptic space station). Songs such as opener ‘DaDaDa’, with its aforementioned operatic piping vocal can be grating when taken on their own, but as part of a larger picture they act as sharp counter-points to long, wandering seven minute pieces that might otherwise drift off into nothing. In fact, III plays more like a carefully curated concept piece than a couple of strong lead singles with a bunch of filler. Go home, turn the lights down, stare at the ceiling and think deep thoughts.